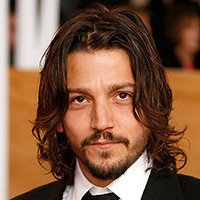 The moment Jesse Katz’s story about Dodgers star Yasiel Puig’s escape from Cuba hit the web, it was an online sensation. The wild tale of smugglers, thugs, drug cartels, defectors, informers, big league baseball interests, and Santeria priests read like an adventure novel with undertones of intrigue and international politics. It was only a matter of time before someone snapped up the movie rights.

Late last week, Brett Ratner and his company RatPac Entertainment won the heated battle to obtain movie rights to Katz’s story. Ratner will produce the big-screen take with Beau Flynn, but there’s no word yet on who they plan to cast. So we came up with our own call sheet.

It says a lot about Hollywood’s lack of racial and ethnic diversity that our pool of Cuban actors was so small, but in the world of fantasy-casting, here are our draft picks for who should star in the onscreen adaptation of Escape from Cuba. Yasiel Puig: Played by Tristan Wilds
The 24-year-old Afro-Dominican actor has the looks—and physique—to play Puig, described in Katz’s piece as a “gladiator-size man, with the Popeye forearms and the XXL chest.” Known for his roles on acclaimed drama The Wire and slightly less acclaimed high school soap 90210, Wilds has a short but diverse catalog of roles that have helped him hone his acting chops. Yunior Despaigne: Played by Quinton Aaron
Uncanny physical similarities aside, after Aaron’s breakout role in The Blind Side we are anxious to see the big man act again. Yunior Despaigne, the young Cuban boxer who approaches Puig with an escape offer, is arguably the character who knows Puig best; Aaron would be perfect as the paranoid, gap-toothed athlete who calls his lawyer to confirm the need to keep quiet—and then speaks to Katz anyway. Yeny Reyes: Played by Jurnee Smollett
The teen queen of the recurring TV role, who has snagged parts in dramas like Friday Night Lights, Parenthood, and True Blood, would be the ideal Yeny (Puig’s former girlfriend and fellow escapee). Katz describes Yeny as having “Bambi eyes and a thorny heart tattoo on her backside,” which made us think of this pouty-lipped stunner. But Smollett also has a steely core and could play the kind of woman who keeps up with Puig’s wild antics. Raul Pacheco: Played by Diego Luna
Depending on the role, Mexican actor Diego Luna can look adorably boyish or downright sleazy. The latter should serve him well as Raul Pacheco, the 29-year-old Miami air-conditioning repairman who was the flaky financier backing Puig’s escape. It’s no stretch to imagine Luna offhandedly muttering threats in Spanish while stealing air conditioners. Lester Sanchez: Played by Rashaad Santiago
Finding someone to play the flamboyant Santería priest who blessed the escape with rum and chicken blood wasn’t easy, but Rashaad Santiago, the most recent winner of the SyFy network’s special effects reality show Face Off, is the clear frontrunner. Santiago has the perfectly coifed and dyed blonde locks to match Lester’s “frosted pompadour.” And we’re confident he could rock a pair of “hip-huggers cinched with a bow.” Mike Brito: Played by himself
The pencil-thin mustache, the Panama hat, the aviator shades: Dodgers scout Mike Brito already looks like he was plucked from central casting—if the call was for a small-time crook from an episode of Miami Vice. Why bother casting an actor? You have to admire his foresight; Brito spotted a teenage Puig playing in Canada and vowed to keep tabs on the youth. Jesse Katz: Played by Liev Schreiber
In case Ratner et al. want to work some of the backstory into the film (and because secretly, don’t all journalists dream of being in a Woodward and Bernstein-worthy biopic?), we nominate Liev Schreiber to play writer Jesse Katz. That means the stoic and talented star of Ray Donovan will mostly be running around Los Angeles and Cuba, knocking on doors, convincing people who are supposed to stay mum to talk to him, and flawlessly answering questions (in Spanish and English) in TV interviews. An acceptable alternative: Chris Pine with glasses.