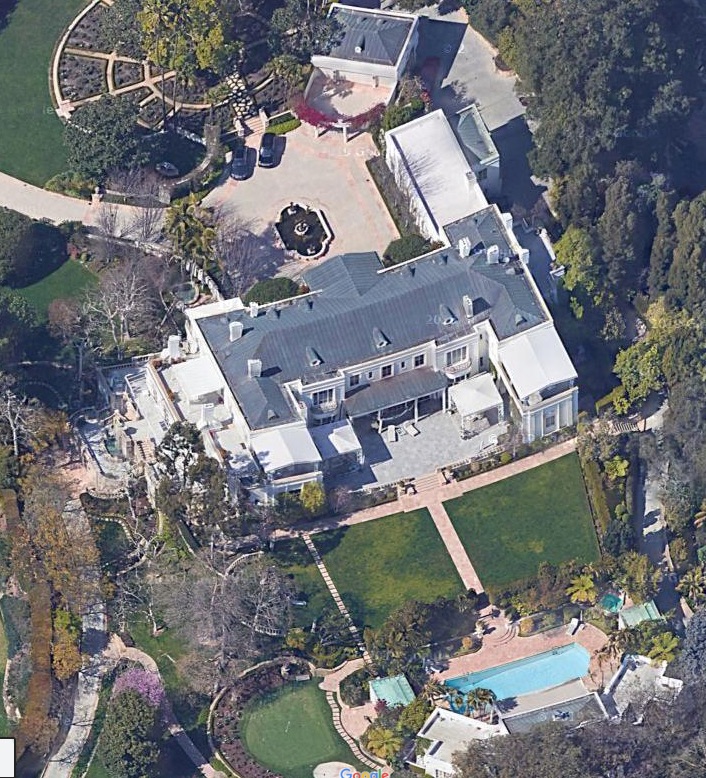 The massive Bel-Air property known as Casa Encantada has hit the market at $225 million, making it the most expensive public real estate listing in U.S. history–and it’s not the first time the property has broken records.

The land where Casa Encantada sits was purchased in 1934 for $100,000–considered any eye-popping price at the height of the Great Depression–by Hilda Bolt Weber. Weber was a nurse who aspired to high society; she married a Midwestern glass bottle baron who died, leaving her a very wealthy widow. She hired the best architects and landscapers available and spared no expense in her lavish build of the mansion. Every piece of furniture was custom crafted for the space, and it was stocked with fine art and antiques. The construction took more than four years and cost some $2 million, but maintaining the property–including a 21-person staff–was a lot for Weber. Some reported that she developed a gambling problem, losing much of what she had left after building Casa Encantada, and she ultimately committed suicide.

Hotel mogul Conrad Hilton purchased the home for $225,000 in 1950 (roughly the equivalent of $2.4 million today). He acquired it with the furniture, artwork, and even silverware collection that Weber had assembled, and Hilton changed very little about the property. When he died in 1979, the home was a virtual time capsule of grand 1940s living, according to the book The Legendary Estates of Beverly Hills. Hilton’s family would soon sell the property for $12.4 million, setting the record for the most expensive single-family home sold in the country up to that time.

David H. Murdock, the billionaire chairman of Dole Food Products, bought the house from the Hiltons, and held it until 2000, when financier and fiber-optics tycoon Gary Winnick paid a visit to the estate. He was so impressed with the 40,000-square-foot home that he worked out a deal to purchase it from Murdock for $94 million. Over the next 19 years, Winnick invested heavily in restoring and upgrading the property.

Casa Encantada is listed with Beverly Hills-based real estate firm Hilton & Hyland; agent Rick Hilton is the grandson of the home’s previous owner. His partner, Jeff Hyland, told the Los Angeles Times that he has a specific idea of the type of person who should acquire the property. “We don’t expect it to be someone who just made their money in tech on an IPO and is 29 years old,” he said. “It’s going to be someone who is sophisticated, someone who is a world traveler, who has homes in other places around the world.”