Home Philanthropy Caruso’s Next Long-Term Project: The Children of Watts 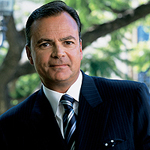 Rick Caruso and his wife Tina announced this week that they’ve made a $5 million, decade-long commitment to improving the lives of under-served children in Watts through Operation Progress, a nonprofit started by a group of LAPD officers who fight gang violence in South Los Angeles.

The Caruso name may be more familiar in neighborhoods like West Hollywood or Beverly Hills—that’s where Rick owns and operates the Grove shopping center and the retail/residential complex 8500 Burton—but he feels Watts is an area where he can make a difference.

“When I was president of the Police Commission and being exposed to the problems down in Watts…I was amazed by what Officer John Coughlin and a bunch of other officers were doing,” Caruso says. “They were raising small amounts of money to help get kids to school.” The funds Caruso has promised now will provide scholarship assistance, tutoring, and mentoring services to more than 200 children.

It’s a number he hopes will only grow over time. “We usually don’t publicize what we do,” Caruso says of the Caruso Family Foundation, the philanthropic arm of Caruso Affiliated. “But we publicized this because we want more people to get involved. To many people Watts is long forgotten, but there are some incredible things happening down there. I’d be open to [putting up more money] but I want to encourage other people to invest in the area and these kids, too. It will make a meaningful difference in this city, and the city needs it.”