Home Media If Carl Bernstein Has Chills About the Trump Impeachment, He’s Not Saying... 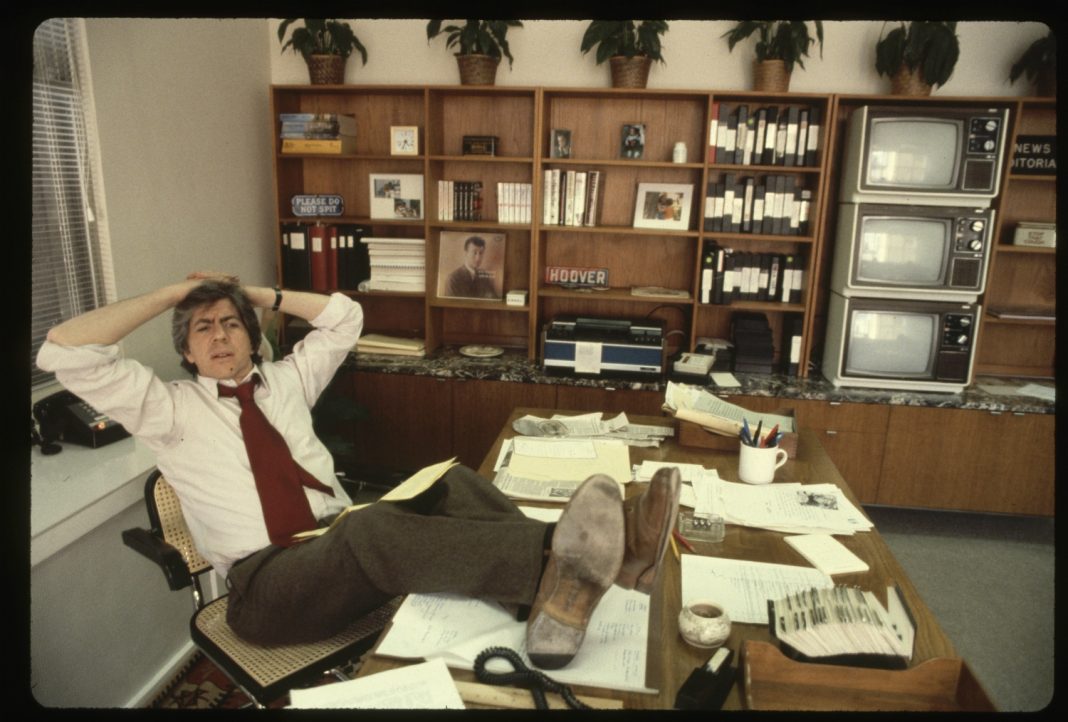 Carl Bernstein can recall the moment he realized. He was standing at a vending machine in The Washington Post’s offices when his editor asked if he and his partner, Bob Woodward, were absolutely sure about their upcoming story. They had traced the funds behind the recent Watergate break-in to a slush fund partly controlled by former Attorney General and Richard Nixon campaign manager John Mitchell. It was no small matter to call someone like Mitchell a “crook,” the editor said. The duo assured him that they had the goods. As the editor left, Bernstein turned back to deposit his dime in the vending machine, and as he did a chill ran down his neck. “The President is going to be impeached,” he said as he turned to his partner. Woodward had the same revelation: “The President is going to be impeached,” he replied. Nixon resigned two years later rather than face certain impeachment.

Bernstein offered no such epiphanies in his talk at Los Angeles City College on Sunday. There are plenty of similarities between Watergate and Donald Trump’s recent attempt to bribe a foreign government into undermining his potential general election opponent. Watergate was part of Nixon’s attempt to undermine one Democratic candidate, Ed Muskie, whom he feared, and bolster another, George McGovern, whom he believed, rightly, would flounder. Trump reportedly pushed Ukraine’s President to open an investigation into Joe Biden because he perceives the former Vice President as his biggest political threat. As Bernstein pointed out, Nixon responded by demonizing The Washington Post, a strategy Trump has long cribbed, recently dubbing the free press “the enemy of the people.” And, as Nixon did during Watergate, Trump has faced mounting evidence of wrongdoing in the weeks since the whistleblower’s report became public. But for all that, Bernstein’s not getting any chills yet—or if he is, he isn’t sharing.

Most of Bernstein’s talk, which was part of Los Angeles City College’s Nick Beck Investigative Journalism Series, covered familiar ground. Trump represents a break with traditional notions of democracy, in which he has been abetted by Fox News, a political organization in journalistic clothing. In the early ’70s, the system worked because Republicans put aside partisan politics when Nixon threatened the rule of law. Today, what Bernstein calls a “cold civil war” short-circuits any consensus on the common good. Then, Nixon, at least in public, conceded the necessity of maintaining a modicum of decorum. Today, reporters face the novel problem of trying to describe outlandish behavior without seeming to make outlandish claims. To call Trump a “serial liar” or “con man,” as Bernstein has done, sounds pejorative; it’s really just reporting facts. We’ve lost the standards by which Trump’s behavior could be judged repugnant and the judgment accepted by the majority of citizens.

This is all true enough, but it fails to offer a strong diagnosis of how we got to our present impasse or a prescription for how we might get out of it. Bernstein returned again and again to what felt like a chorus: the job of the press is to provide “the best obtainable version of the truth.” As Bernstein certainly knows, for plenty of people the best version of the truth is not the most accurate version, but the one that is most congenial to a pre-existing worldview. Perhaps contrary to popular perception, investigative journalism is experiencing something of a renaissance under Trump. For all that corporate consolidation has done to to hollow out local media and for the ways in which the internet has fragmented the news-scape—not to mention the opinionification of cable news—at outlets from Mother Jones to The Atlantic, The Wall Street Journal to The New York Times, investigative reporters have mined the almost inexhaustible seam of Trump’s corruption.

Many people don’t care to hear the truths that journalists are telling them. To others, the truths are so self-evident that they scarcely need telling at all. Does any open-minded person really need an investigative report at this point to convince them of Trump’s corruption? Bernstein’s answer, that reporters shouldn’t stop trying in the face of cynicism and indifference, true as far as it goes, rings with all the nobility of the dying Stoic philosopher—and offers about as much reassurance.

This Enormous Wall of Ceramic Deli Food Needs Your Help