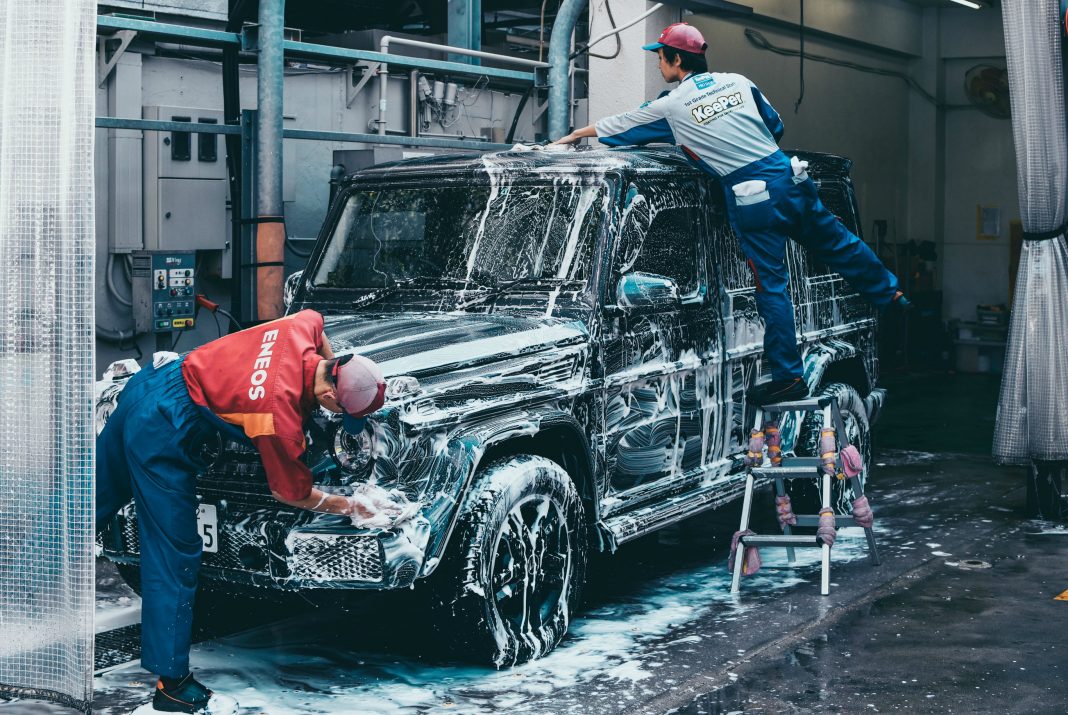 Photo by Emile Guillemot on Unsplash

We’ve all grumbled about heading into work on the dark, rainy days L.A. has seen this week—but for some businesses, the weather is more than a mild annoyance. At the city’s car washes–many of which are independent family-run businesses—even a single rainy day can eat into profits. An entire week of rain? That’s a big hit.

“Nobody wants to get their car washed when it’s raining,” says Ronek, owner of the mobile service Ronek’s Auto Detailing (who prefers to be identified by only his first name). “Our income starts dropping as soon as it starts raining. At least 50 percent of the people we would usually see drop off.”

One way that he manages to keep things afloat during the rain is cutting back on his employees’ hours.

“I try to maintain my staffing levels as best I can,” Ronek says, with some reservation, “but I have had to start cutting back on shifts. I have maybe two or three people I’ve had to ask to stay home at this point.”

His business has withstood rainy winters before, and he estimates that, if pressed, his business could withstand a month at this level. Even a week of serious rain is tough.

Of course, there’s a light at the end of the tunnel. When the sun returns, so does the average Angeleno’s insatiable need to have a sparkling clean car.

“Right as soon as the rain ends, people come back in right away,” Ronek says.

RELATED: It’s the Rainy Days That Remind Us Why the L.A. River Is an Ugly Concrete Channel