Home Business We Need to Know: Who’s Hanging Out at the Capital One Café? 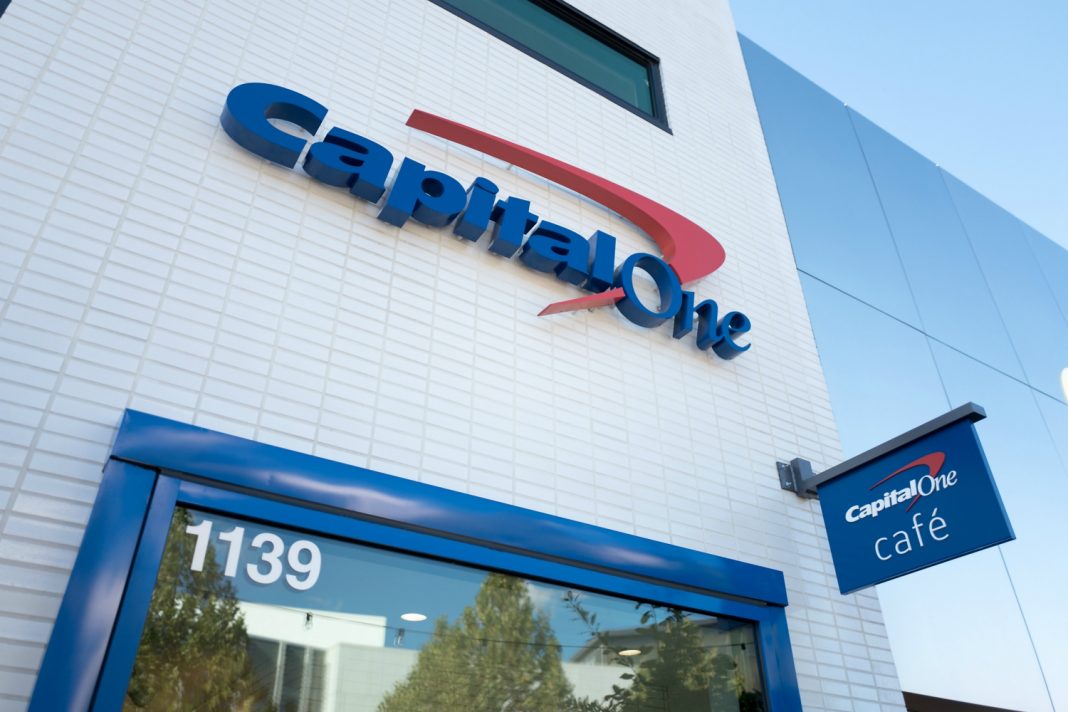 Recently, a writer for The Atlantic posed a very important question to her Twitter followers: What is a Capital One Café and does it really exist in our shared reality?

Are the Capital One cafes from the commercials a joke or do they really exist. They feel like a joke but I get the sense that they aren’t and I haven’t been clear on whether or not anything is a joke since like 2015

The query gets at something deeper: When did we all decide it was normal for the finance industry to pose as our friendly neighborhood barista?

According to The Wall Street Journal, the first Capital One 360 Café landed on Boylston Street in Boston toward the tail end of 2015. Banks at the time were realizing how hard it was to sell customers new loans and credit cards in environments with poor overhead lighting, bulletproof teller windows, and security cams peering over their shoulders.

The answer? Plying customers with java and transforming banks into “community centers.”

At its opening, the Capital One Café’s slate of programming included an alcohol-free “appy hour” for developers, but these days the cafes offer even more—like free pizza for college students on certain days of the week, private spaces for taking calls, and free financial counseling from certified life coaches.

The bank’s efforts to be a good neighbor extend to local businesses, too, occasionally in overbearing ways. “I work across the street from one in Chicago,” reads one recent tweet. “Every single time they are hosting an event they come and…tell us about it.[sic] like Paula I don’t care if you’re all [sic] thaving a Ghostbusters viewing party today at 2. I’m just trying to collect my check in peace.”

But are people actually hanging out at these branded experiences?

The answer appears to be yes. The day I visit a location in downtown L.A. (there are also locations in Glendale and Santa Monica), I’m greeted by a row of painted pumpkins—a branch-specific contest for Halloween. A woman notices my confusion and gives me a conspiratorial look. “It’s actually great here,” she says. “I guess technically it’s owned by a bank? They let you sit as long as you want.”

“Other banks have tellers. We have listeners,” reads one of the screens on a giant LCD display looming over the study lounge.

The crowd I spot is mostly young professionals. One man is wearing a suit jacket and boot-cut jeans, chatting with his friend in gray shorts. They look like they’ve been plucked right out of a Men’s Warehouse photoshoot.

Over the course of an hour, a single person uses the ATMs that sit, single file, behind a frosted glass divider, eager for feeding time.

But banking isn’t the cafe’s main draw, as its effervescent Yelp reviews attest. “I love this place I come here every morning!” reads one review. “They give you 50% off [Peet’s Coffee] if you have a Capital One card which makes a huge price difference, and they give you a punch card [so] every tenth cup is free!”

Plus, the employees leave you alone. A young woman who’s been photoshopping a single eyelid for the past half an hour tells me she’s been working in the café for five hours and no one has bothered her. “They don’t care; you can do whatever you want,” she says.

As I watch a cutesy animated PSA about how to pay off your debt using the “snowball method”—it involves paying debts with highest interest rates first—I realize the video is unnervingly light and chirpy because the company that produced it has a business model that relies on consumer debt. Between March 31, 2017, and March 31, 2018, Americans shelled out more than $100 billion on credit card fees and interest. Credit card debt topped $1 trillion.

But lemon-infused water costs, what, $3?

The Capital One Café is an easy and dirt-cheap way to throw the public a bone, while also fostering “emotional loyalty.” And it seems to be working. After all, as another customer tells me, “It’s a pretty sick place.”