Home Politics What You Learn Knocking on Doors on the Outskirts of L.A. 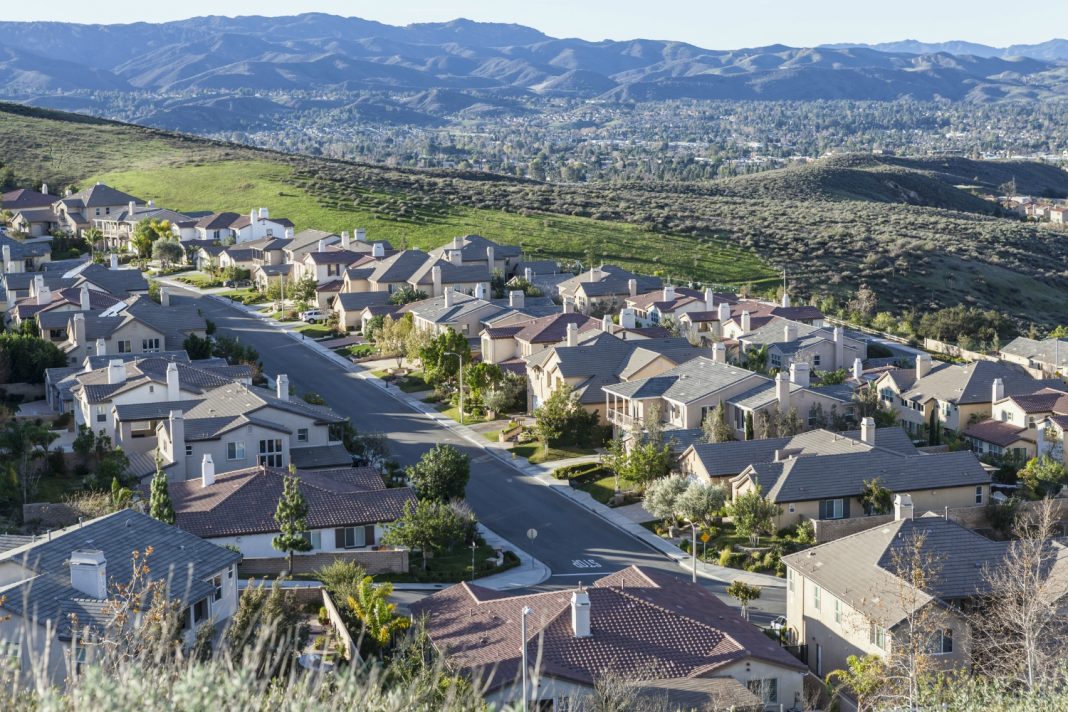 When you imagine canvassing—knocking on strangers’ doors and trying to make them talk politics with you—you imagine confrontation: impassioned debates and heated arguments. What you usually get instead is a lot of unanswered doorbells and polite “no thank yous,” which end up blending together to create a long, slow morning to yourself, walking a couple of miles around an unfamiliar neighborhood with plenty of time to observe and consider your surroundings.

I was born and raised in central L.A., and I’ve spent most of my life passing through its suburbs and surrounding cities on my way somewhere else. But every weekend since late August, the neighborhoods I used to pass through have been my destinations: I’ve journeyed to Santa Clarita and Simi Valley, Seal Beach and Mission Viejo, to try to register new voters and introduce them to candidates whose messages I believe in.

These trips are only a handful of hours each, so they’ve offered a somewhat limited picture of each neighborhood and an even less complete view of the district as a whole. But they’ve allowed me the opportunity to become more familiar with places that have always been more imaginary than real to me, to know them not just as stereotypes or jokes or freeway exits, but as blocks and names and faces, distinct sets of issues and concerns.

Canvassing in Santa Clarita means checking in on the Aliso Canyon gas leak. Three years on, I had all but forgotten about it, but it’s still a pressing issue for locals with lasting health concerns. In Orange County districts there’s more worry about offshore oil rigs spoiling surfers’ coastline (and owners’ property values). Then, of course, there are near-universal concerns: healthcare, taxes, the economy.

If they agree with my politics, people offer me cold water and earnest thanks; if they don’t, they’re still surprisingly polite most of the time. “I wouldn’t vote for her,” they might say when they catch a glimpse of the woman’s face on my flyers. So I say “OK, no problem, have a nice day,” and they usually say “You too.” People who are convinced there’s no civility left in American politics might be surprised by how infrequently you get yelled at when you interrupt a stranger’s Saturday to ask about their midterm vote. Of course, there are always bad apples and I can’t deny that it helps to be a small, cis white woman who reads as harmless in the predominantly white communities I visited.

Mostly what canvassing has taught me is how useless it is to generalize when every block in every neighborhood in every district is so particular: diehard Republicans’ driveways butt up against staunch Democrats’ lawns, and many conservative husbands have progressive wives.

I’ve spoken to children of immigrants who are anti-immigration. I’ve tried and failed to convince men three times my age that this time their vote really matters, will really mean something. And I have seen first hand the atomized nature of suburban living, walking all those empty, sunbaked blocks, where pinwheels and flags and signs are stuck in people’s front yards to distinguish their home from the one next door. The loneliness is palpable when you ring the bell and are greeted by a torrent of words from someone grateful to have another person to talk to at last.

Recently, in Orange County, I asked a man smoking on his front porch if I could speak to his wife. “You’ll have to come inside if you want to talk to her,” he said. “She can’t walk much since the stroke.” Campaign organizers caution you repeatedly never, ever to go into anyone’s house, but it was 11, maybe 11:30 in the morning, and I was near the end of my route and feeling overheated and foolhardy. His wife, a woman in her mid-70s, was sitting on a couch just inside the door in a T-shirt and her underwear. She recently recovered, she told me, from both the stroke and a bout with breast cancer. The county had rejected her application to vote by mail because her signature didn’t match its old iteration—because of the stroke, her hands shake now. There’s nothing she can do about it as long as they hold to that standard—the handwriting she had before is never coming back.

It’s an old feminist chestnut to say that the personal is political, but when you’re on someone’s doorstep or in their home, it really is slightly easier to understand their politics: to stop seeing statistics and stereotypes and instead to see a person, formed by their history and environment. I don’t know that it’s much comfort to those for whom this election constitutes an existential threat, but for me it’s useful, because it’s the only way I can wake up in the morning and not feel too overwhelmed to function.

I feel like I know Southern California better than I ever have these days even though I recognize I’ve hardly scratched its surface. But I’m grateful to all the people I’ve met in my attempt to familiarize myself with it: the people who’ve opened their doors and told me their opinions and stories. I’m grateful to the landscapes I’ve walked through: trailer parks and apartment buildings and suburban cul-de-sacs. I’m grateful for the trees on the sidewalks of Simi Valley and the breezes in Mission Viejo and the marine layer in the mornings in Seal Beach—each particular moment making my way through each of these beautiful and particular places.

RELATED: A Reminder: Metro Buses and Trains Are Free Tomorrow So You Should Really Go Vote