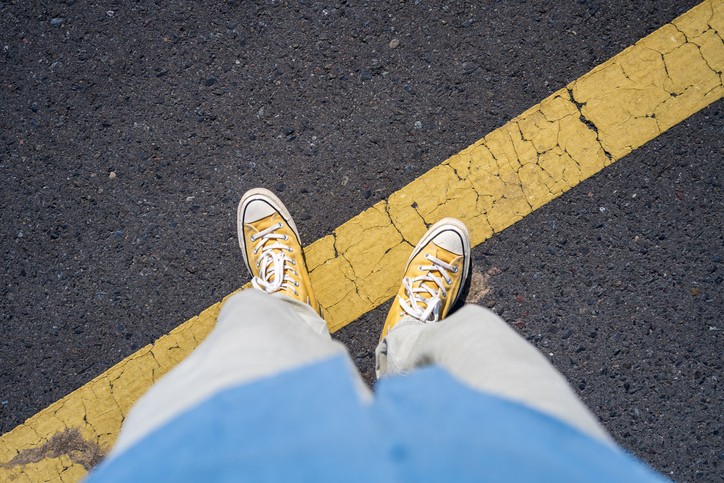 Jaywalking will soon be decriminalized in California. Governor Gavin Newsom signed “The Freedom To Walk Act” (AB2147) last Friday, allowing citizens to cross streets outside of designated areas—so long as it is safe to do so—without the fear of being hit with a citation. Championed by Assemblyman Phil Ting (District 19), it was the second attempt at passage for the bill, which will go into effect on January 1, 2023.

“It should not be a criminal offense to safely cross the street. When expensive tickets and unnecessary confrontations with police impact only certain communities,” Ting said in a press release. “It’s time to reconsider how we use our law enforcement resources and whether our jaywalking laws really do protect pedestrians.”

The bill comes five years after California started loosening the laws around jaywalking when AB390 was signed. Prior to AB390, it was illegal for pedestrians to cross at intersections after the signal countdown had begun. Last year, Newsom vetoed Ting’s first attempt at the new bill writing, “I am concerned that AB 1238 will unintentionally reduce pedestrian safety and potentially increase fatalities or serious injuries caused by pedestrians that enter our roadways at inappropriate locations.”

It is unclear what changed Newsom’s mind.

Beyond convenience, Ting was concerned that minority groups were disproportionately affected by the criminalization of “ordinary and logistical behaviors,” as Jared Sanchez, Senior Policy Advocate of CalBike explained in the release.

“Jaywalking laws do more than turn an ordinary and logical behavior into a crime; they also create opportunities for police to racially profile,” Sanchez said. “A jaywalking ticket can turn into a potentially life-threatening police encounter, especially for Black people, who are disproportionately targeted and suffer the most severe consequences of inequitable law enforcement.”

Jaywalking, Ting explains, can also lead to potentially deadly outcomes due to escalation. In his press release, he cited the killings of Kurt Reinhold and Chinedu Okobi, and the beating of Nandi Cain, who were all initially stopped for the minor violation.

“In addition, 2018-2020 data compiled by the California Racial and Identity Profiling Act (RIPA) shows Black Californians are severely overrepresented when it comes to being stopped for jaywalking,” according to Ting’s office. “Up to four-and-a-half times more than their White counterparts.”

The Lawyers Committee for Civil Rights of the San Francisco Bay Area (LCCSRF) agree, Cal Matters reports. In a 2020, the LCCRSF found that “One of the most common citations given in Bakersfield was for jaywalking downtown, and 28% of those citations were given to Black adults, though only 6% of adults in Bakersfield are Black.” In Long Beach, where only 11% of the population is Black, “36% of all non-traffic infractions” go to Black people.

“For too long, our jaywalking laws were used as a pretext to stop and harass people, especially low-income people and people of color,” Zal Shroff said in the press release, Senior Staff Attorney at the LCCRSF. “The reforms enacted in AB 2147 will put an end to that and, in doing so, make all of California safer for pedestrians.”

If You Think You’re Middle Class in California, Chances Are You’re Wrong