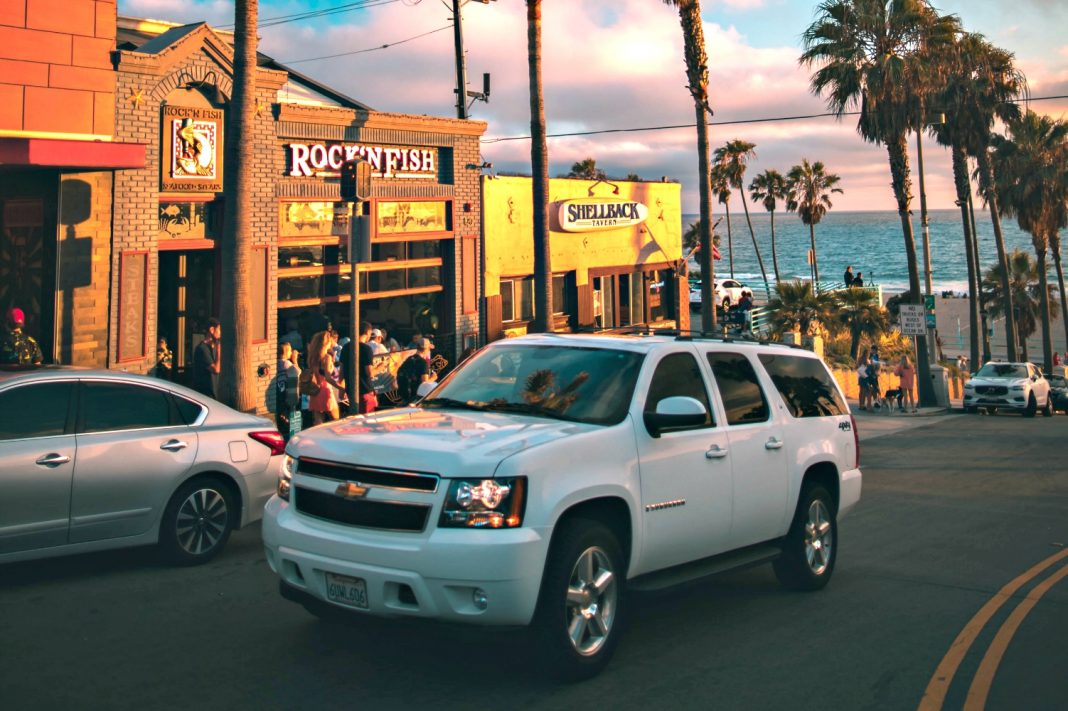 UPDATE: NOVEMBER 23, 2020 – American automotive giant General Motors is pulling out of a lawsuit in which it had previously sided with the Trump administration against the state of California over vehicle emission standards.

CEO Mary Barra announced on Monday that the company will not participate in a fight against the state’s stricter pollution standards—and will be encouraging other companies to exit the lawsuit as well. Barra says that the company, the largest American automaker, is up to developing gas vehicles that get more miles to each gallon, and transitioning more of its product range to electric and zero-emission.

“We believe the ambitious electrification goals of the President-elect, California, and General Motors are aligned, to address climate change by drastically reducing automobile emissions,” Barra wrote in a letter, obtained by the Los Angeles Times, sent following a phone conversation with Governor Gavin Newsom.

Prior to the change of course, GM had been a member of a group of car companies known as the Coalition for Sustainable Automotive Regulation. That group–now comprised of Fiat Chrysler, Toyota, Nissan, Hyundai, Kia, Subaru, Isuzu, Suzuki, Maserati, McLaren, Aston-Martin, and Ferrari–joined a 2019 lawsuit filed by the Trump administration. A smaller group, including Ford, BMW, Volkswagen, Volvo, and Honda, sided with California all along.

UPDATE: MARCH 31, 2020 – Today the Trump administration released a final version of what they are calling the Safer Affordable Fuel-Efficient Vehicles Rule, rolling back the Obama Administration’s efforts to require new cars to pollute less.

Under the Obama era standards, new cars produced from model year 2021 to 2026 would have been required to increase fuel efficiency by five percent per year. The Trump standards now require increases of just 1.5 percent. The EPA claims that lowering the demands on car makers will reduce “regulatory costs” by $100 billion over the five year period.

Critics claim that the Trump rule is another sign that the administration is slow to act on looming crises.

“While the rest of the world moves toward cleaner and more efficient transportation standards, the Trump administration is dragging its citizens backward, costing us more in fuel and in pollution that causes climate change and health harms from asthma to heart attacks,” says Danielle Fugere, president of As You Sow, an activist investor group. “The COVID-19 pandemic demonstrates just how critical early action and planning is to mitigate known and likely global catastrophes. Yet, even as the administration grapples with COVID-19, it appears to have learned nothing about early action.”

California has for decades set its own standards for cars, relying on a special waiver granted by the federal government that allows the state to set rules stricter than those that apply to the rest of the country. Numerous other states have historically opted to follow the California rules rather than federal standards. The goal of the 2012 EPA rule was to bring the whole country in line with California and those 22 other states, in part to streamline things for automakers.

Now a court fight will determine if that waiver will stand. In order to revoke it, the Trump administration intends to make a case that their lower standards will benefit end consumers.

UCLA environmental law professor Julia Stein tells the San Francisco Chronicle that she thinks California is likely to win in court—but if the feds prevail, the consequences for public health and the future of the environment could be dire. “We’re looking at very serious impacts,” she says. “We will go from having one of the most aggressive fuel standards in the world to having one that lags behind many other countries, including South Korea and India.

NOVEMBER 18, 2019 – Back in the 1960s and 1970s, California’s air was choked with smog, much of it due to pollution coming out of cars idling on the state’s many freeways. To address the problem, state officials developed environmental regulations that were more conservation-minded than the national ones set by the federal government, particularly when it came to limiting emissions from cars. Those standards have significantly reduced pollution in California over the last 40 years–but this week, the Trump administration decided to revoke the state’s legal authority to set its own environmental policies.

That authority comes in the form of a waiver, drawn up by the feds in 1968. It stated that the state could require auto makers and industry to meet cleaner standards than those set for the rest of the country. Once that waiver existed, 12 states and the District of Columbia also opted-in to use the California standards. Because California and the 13 other jurisdictions constitute a major chunk of the American auto market, most car companies eventually decided it was in their financial interest to build cars that met the California standards, rather than continue making less eco-friendly cars to sell in the other 37 states.

While that arrangement occasionally elicited grumbles from auto makers, energy companies, and others, it has remained the law of the land for decades. And it pretty much had the intended results. One recent study found that if all 50 states had signed on for California’s standards in 1975, the overall greenhouse gas levels in the country would be 25 percent lower than they currently are.

But now the Trump administration wants to change that longstanding deal. He has decided to take action to revoke that waiver, and thus revoke the state’s right to self-determine environmental policy. For vehicles, the Trump administration wants to set a target of 37 miles-per-gallon by 2026, the current California target for 2026 is 51 miles-per-gallon.

“We’re ready to fight for a future that you seem unable to comprehend; we’ll see you in court if you stand in our way,” California Attorney General Xaiver Becerra said in a statement about the administration’s announcement. “While the White House clings to the past, automakers and American families embrace cleaner cars.”

Beccera and Governor Gavin Newsom have both repeatedly made clear they intend to dispute the administration’s actions, which Beccera described as having been announced with “no basis and no authority.”

It’s not only the state government that the administration is after. The Department of Justice has also launched an investigation into four different corporations–BMW, Ford, Volkswagen, and Honda–who agreed to a voluntary, industry-led program to develop cars with higher fuel efficiency in collaboration with California officials. They stand accused by the DoJ of conspiracy, and by Trump himself of being “politically correct automobile companies” run by “foolish executives,” according to the President’s Twitter posts.

In more recent Tweets, Trump has stated his attempts to undercut California’s emissions standards will result in cars will be “far safer and much less expensive.” An August investigation by nonprofit consumer advocacy organization Consumer Reports, however, contradicts that assertion. According to that report, “the rollback will cost American consumers an additional $460 billion, which comes out to an added $3,300 per new vehicle, compared to keeping the current standards”–which they describe as having a pocketbook effect on new car buyers equivalent to a gas tax of 63 cents per gallon, “except that instead of that added cost going towards a community improvement project like infrastructure, it goes directly to oil companies.”

There is some dispute on the matter of safety as well. In a 2018 internal memo, William Charmley, the director of assessments and standards for Trump’s own EPA, reported that the roll back in admissions standards might actually increase annual deaths in auto accidents. The “proposed standards are detrimental to safety, rather than beneficial,” he wrote. The Associated Press reported that his office informed the OMB that what Trump is attempting to do with auto emission standards would likely result in the deaths of 17 Americans per year.