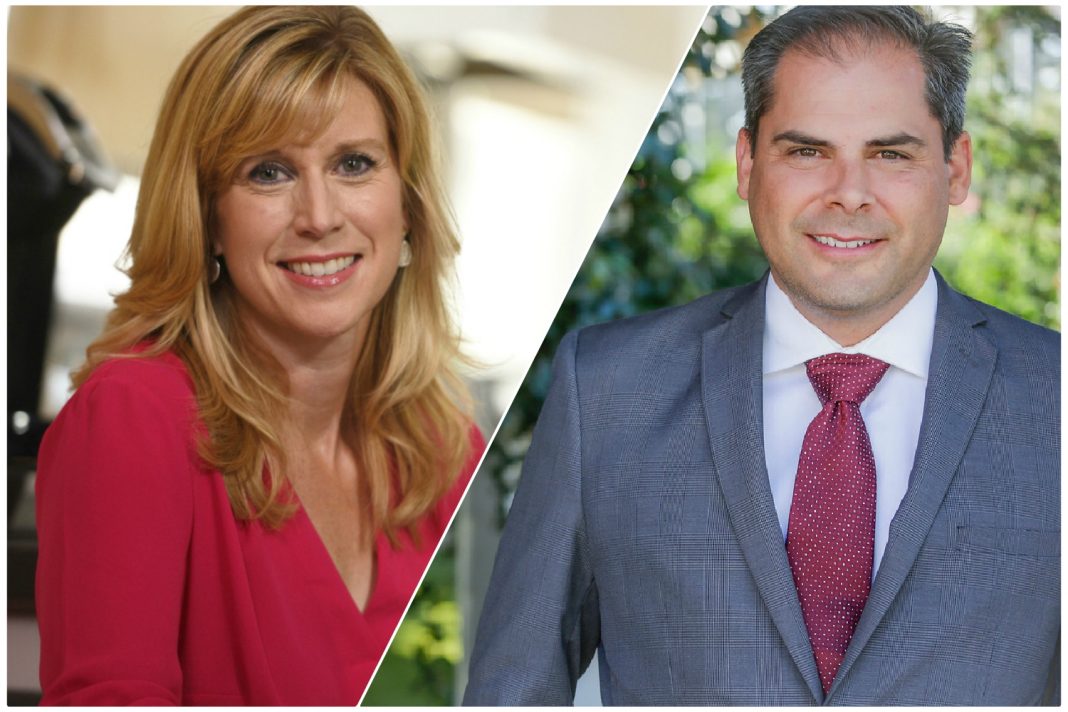 Many expected the race for Katie Hill’s vacated Congressional seat to be a fight to the finish, but the candidates left standing caught some by surprise.

California’s “purple” 25th district was in Democratic hands for the first time in 25 years when Hill resigned her post amid allegations that she’d had an affair with a Congressional staffer. The race became one to watch because of the nature of Hill’s departure—which also included the distribution of nude photos by rightwing blogs—but also because Republicans saw it as an opportunity to regain some ground in overwhelmingly blue California.

Republicans appear to have succeeded in preventing California assemblywoman and Democratic frontrunner Christy Smith from breaking 50 percent and automatically taking over the remainder of Hill’s term, but it looks like Smith will face off against Republican former naval officer Mike Garcia rather than Steve Knight, the Republican representative who was unseated by Hill and was seen as the GOP frontrunner.

Unless anything changes while ballots continue to be counted, Smith and Garcia will duke it out in a runoff in May to determine who’ll serve the rest of Hill’s incomplete term; then they’ll go head to head again in November for an uninterrupted term in the 117th Congress.

Smith will now run in two more elections against the candidate with the second most votes, who turned out to be Garcia, a self-described outsider who out-fundraised everybody in the race but was never seen as a potential threat to the Smith campaign.

“I’m doing this because I truly believe leadership matters,” Garcia said at a CA-25 voter forum last month. “As a conservative Republican, I believe in a strong national security, I believe in securing the border, and keeping taxes as low as we can so we can continue to grow this beautiful country we call the United States.”

Garcia’s dominance of the GOP vote is a massive defeat for fellow Republican Knight, who served as CA-25’s congressman from 2015 to 2018 before losing to Hill. Democratic polling showed Knight only four points behind Smith, while Garcia was supposed to lag 17 points behind.

Currently, Garcia leads Knight by several points in the special election; only four years ago, Knight won the district by double digits for a second term.

Knight’s camp didn’t respond to a request for comment.

Fourteen candidates regardless of party affiliation were spread across both ballots, including Cenk Uygur, founder of the Young Turks, who ran an aggressive campaign from the left. He centered his campaign almost exclusively around Smith, who could not make it to campaign debates due to her obligations serving the 38th District in Sacramento. Despite drawing enthusiastic crowds to his campaign events, Uygur was not able to catch on in the district, obtaining around 6 percent of the vote in either race.

“Christy Smith’s name recognition in the district was too much to overcome in three short months,” Uygur said. “We tried our best and it was an amazing experience. I met so many wonderful supporters in the district. The only downside was how horrible the media was at their job. They never gave the race or our issues proper context.”

Uygur took a more optimistic tone on Twitter, however, congratulating Smith and saying, “It’s very important that we all come together to make sure Republicans don’t win this seat. It’s super important to work together after primaries to make sure we win general elections!”

I want to congratulate @ChristyforCA25 in the #CA25 race. As I told my supporters last night, it's very important that we all come together to make sure Republicans don't win this seat. It's super important to work together after primaries to make sure we win general elections!

Uygur wasn’t the only outsider in the race. George Papadopoulos, the former Trump campaign “coffee boy” who was convicted of lying to the FBI in 2017, also ran as a Republican in the district. Papadopoulos told Los Angeles in a previous interview that his candidacy “wasn’t a joke,” but he ended his campaign with less than 2 percent of the total vote, despite mainstream media coverage of his campaign.

Votes are still being tabulated, but the Smith and Garcia campaigns are already looking ahead to a heated runoff. Garcia, who has received endorsements from over 30 elected officials, including former Republican congressmen Buck McKeon and Elton Gallegly, has already drawn firm lines between himself and Smith.

“Christy Smith is a career politician who raised taxes, hurt small businesses, and is backed by Nancy Pelosi and her liberal allies who won’t stand up to the radical socialist agenda fervently pushed by those in her own party that will destroy America,” a press release from the Garcia campaign stated.

The Smith campaign, however, called for bipartisan reform in an email sent to her supporters Tuesday night, encouraging a move “past the status quo and [focus] on kitchen table issues like lowering prescription drug costs, making healthcare more affordable, strengthening our public schools, and breaking the stranglehold special interests have on our politics.”

“I will continue to work with anyone from either party willing to deliver on those priorities for this district,” she wrote, “and stand up to anyone who puts my community in harm’s way.”

A runoff election is scheduled for Tuesday, May 12, but will not be confirmed until all votes are tabulated. The general election is on Tuesday, November 3.

Mike Garcia Trailed in Every Poll. So How Did He Win Twice in One Year?