Home Business This Is What It’s Really Like to Buy a House in L.A.... 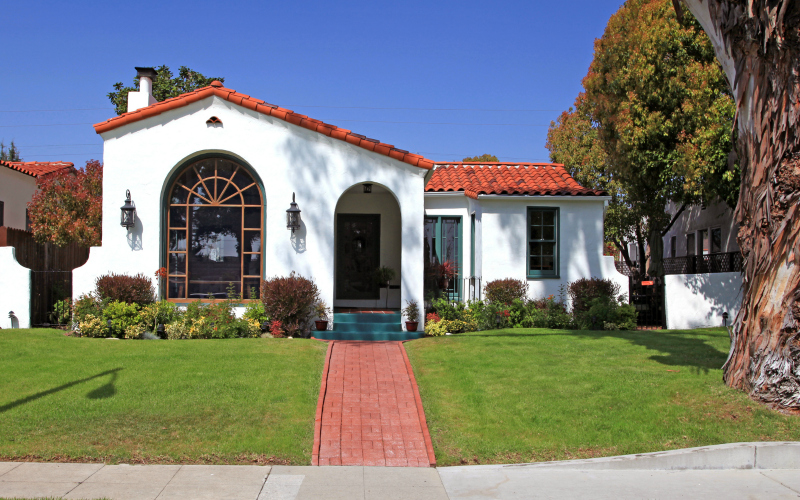 Housing costs in L.A. are skyrocketing, and for many residents, the choices available can seem pretty unpleasant. On the one hand, there’s renting and being subject to yearly increases, crazy landlords, and the constant threat of scenarios like having the building you live in sold to new owners who may not be interested in keeping you as a tenant. On the other hand, you can try to buy a house in L.A., a market where the median sale price is now hovering around $831,000–while the median household income is just $55,909. Or you can leave, which lots of us don’t want to do.

What does that look like in real life? Recent homebuyer Rozette Rago, a photo editor and freelance photo journalist, went through the process, but it wasn’t easy.

“We loved our rental in Echo Park and lived there for years,” she says. “But after doing some math, we realized we could be paying almost the same amount as a mortgage. Paying a ridiculous rent for so long felt like a huge waste of money.”

In October 2017, she and her husband, a senior producer at the social broadcast platform Vixi, set out to search for a home in the $550k to $650k range–and finally landed on a place five months later. That’s considered a relatively short process, compared to some would-be buyers who endure far longer hunts, often followed by months of submitting offers only to be drawn into bidding wars before an offer results in an actual sale.

“We spent many weekends, and even mornings on weekdays before heading to work, going to houses,” Rago recalls. “It was funny, because on our weekend open house marathons, we would see the same group of house-hunters throughout the day, and it made us realize how little inventory was available for our budget.”

“I think the location definitely dictates the length of the home search,” says real estate agent Mona Ghossein of Mona and Brita Real Estate. “If you go further out into the valleys, then your search process will be shorter in comparison to the L.A. and Westside market. It also depends on what the buyer’s expectations are in a home. A lot of times buyers go into the process thinking they can get everything they want for a certain price and quickly come to realize that this market is very competitive.”

When it comes to what would-be homebuyers are competing for, Ghossein cites some predictable indicators of desirability like walkable neighborhoods with high-performing schools, but she’s also noticed one trend in today’s younger buyers that is different from a generation ago. “They are interested in older homes,” she says. “They actually tend to prefer those homes over the brand new builds.”

In the slog of looking for homes, Rago had to learn to focus on fundamentals of location and features, and not to be distracted by pretty pictures a seller posts online–a lesson she learned only after great photos cost the couple the first house they put in an offer to buy.

“The first house we made an offer on was a cute English-style house in Pasadena, which we loved immediately. The sellers staged the house so well, and took amazing photos–so good that it ended up being featured on Curbed,” she recalls. Once the real estate blog picked up the house, it went into an instant bidding war, right out from under the Ragos. “We were obviously outbid and the house sold for so much more than it was asking for.”

In the end, though, she feels like it worked out for the best. “The house wasn’t perfect by any means, but it was staged and photographed so perfectly,” she says. “It made me ignore all of the other flaws of the house that were actually pretty big deal-breakers.”

Shopping for a house also gave Rago the motivation to explore areas of Los Angeles that she had not often visited before. “We definitely went to open houses in neighborhoods we never considered before,” she says, before ending up with the home she ultimately purchased in El Sereno.

“El Sereno still has some well-priced homes and is a great neighborhood,” Ghossein’s partner, Brita Kleingartner, says. “But don’t sleep on the Valley and everything that is happening there at the moment. North Hollywood in particular is seeing a lot of commercial development and improvements. Then there is all of South Los Angeles and Inglewood, which are also seeing a lot of growth and change.”

“Los Angeles is a really big city, and finding that perfect neighborhood for a buyer’s budget, lifestyle, commute, and possibly school district, can be challenging to say the least,” Kleingartner adds. “It really depends on several factors–and sometimes a bit of luck.”

Nonetheless, for many, breaking out of the renting cycle and planting a permanent flag in the city is worth all the hassle that comes with it.

“It was a crazy process, but in the end, it was all worth it,” Rago says. “We love our house and we love our neighborhood. We feel extremely lucky to be able to set down some roots in this city, because we love living here.”

RELATED: Los Angeles is the Literal Worst City for Renters According to New Research