Home Transportation 4 Bus-Only Lanes That Would Change the Way People Get Around L.A. 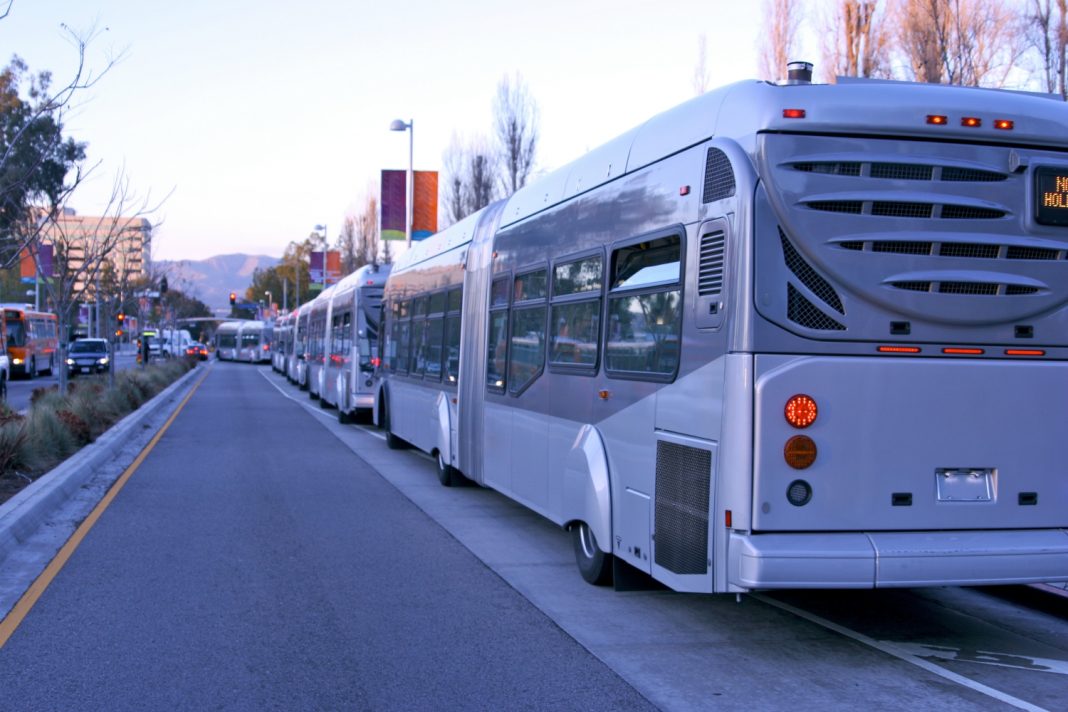 Share
Email
Facebook
Twitter
Pinterest
ReddIt
Traffic backs up in downtown, drivers fuming inside their cars, while a bus streaks past them. This scene, of a temporary bus-only lane on Flower Street, was caught on video and highlighted the benefits of exclusive lanes for buses. Now there are calls to make the Flower lane permanent—it’s currently servicing riders of the Expo Line, where two stations are shut down for maintenance. Meanwhile, a pitched battle between transit advocates and a group of homeowners is taking place in northeast L.A. over a proposed bus-rapid-transit project connecting North Hollywood to Pasadena.

With the Los Angeles County Metropolitan Transportation Authority’s rail projects delayed and bus ridership cratering, bus-only lanes could be a quick and inexpensive response to increasing traffic and pollution. While bus-only lanes operate on stretches of Wilshire Boulevard and in other parts of the city, there are four major arteries that could benefit greatly from them.

https://www.instagram.com/p/By6DixwHBXI/
The former Route 66 runs from the ocean to Silver Lake, where it merges with Sunset Boulevard, making it a major east-west route where no options for rail service yet exist (there’s a subway station on Santa Monica, but it travels north and south). An exclusive lane for buses could quickly connect Los Feliz and East Hollywood with the Westside, but it would require buy-in from West Hollywood—quite possible—and Beverly Hills—less likely; the city opted out of the Wilshire bus-only lane.

https://www.instagram.com/p/BBXuCHSReye/
Pico is another east-west route often bogged down by traffic. Not only are there numerous destinations along the boulevard—Fox, er, Disney Studios, Expo Line stations—but many apartments, schools, and senior centers. Years ago former Mayor Antonio Villaraigosa floated turning both Pico and Olympic boulevards into one-way streets during rush hour. While that was a flawed concept, a bus-only lane could operate as a de facto light-rail line along this busy stretch.

https://www.instagram.com/p/BKQQ3hrjjTr/
The distance between Inglewood and Hollywood is only about ten miles, but it can feel ten times as long during rush hour (or if there’s a show at the Hollywood Bowl). A bus-only lane could connect to the Expo Line’s La Brea stop as well as a La Brea subway station opening on Wilshire in four years. A quick north-south route would be a big boost to transit riders in South L.A., who often find it quicker to get to Hollywood by going downtown first on the Expo Line and then heading north on the Red Line.

https://www.instagram.com/p/7qoGfgrGBM/
While Vermont Avenue’s buses are some of Metro’s busiest, bus-rapid transit is already planned for that street. Another major north-south route is Western, which traverses South L.A., Koreatown, and East Hollywood. Western has three transit stations (Expo, Purple, Red) and often clogs as it heads north. A bus-only lane could also make Griffith Park more accessible to transit-dependent folks.

RELATED: This Is the Cheapest Transit Option Between L.A. and San Diego—But It’s a Long Haul