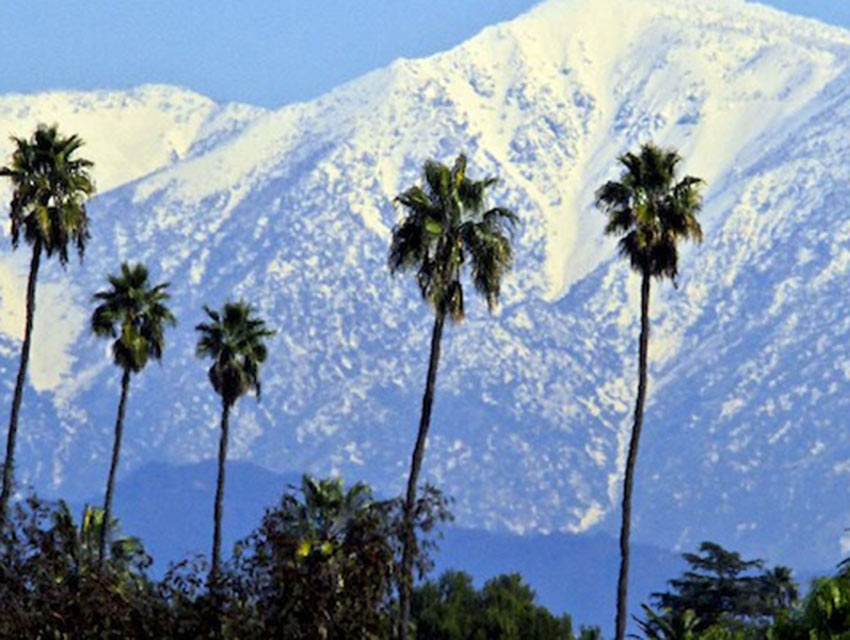 Baby it’s cold outside—for L.A. The National Weather Service has issued an advisory of a cold air mass that hit Southern California late Sunday evening and will remain, keeping temperatures low, through mid week. Over the weekend, the mercury dipped to 35 degrees in Woodland Hills and 30 degrees in the Inland Empire. Adding to the chill factor, cold winds are predicted to reach 10-20 mph speeds later this week. As a result, officials are advising locals to bring sensitive plants indoors and to keep pets properly sheltered.

Although it’s unusual for Los Angeles to be so frigid (this time of year or any) Angelenos have braved big winter storms before. Here are four other times the weather outside was frightful:

Snow Was Spotted in Malibu, Pasadena, and Other L.A. Places on Thursday

A Winter Snow Park Will Open in L.A. Next Month Because We Live in Miraculous Times