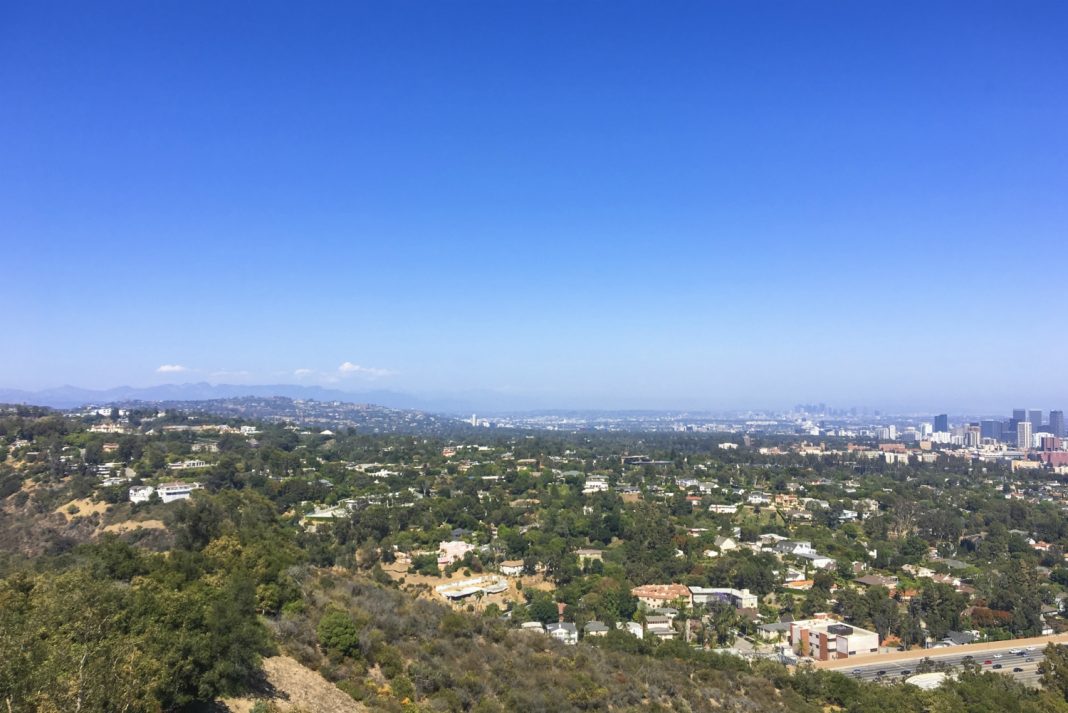 Packs of screaming teenagers flooded the streets of Brentwood Friday night after the floor of a local dance studio reportedly buckled under the weight of a crowded party.

Neighbors on Nextdoor reported that hundreds of young people, many of whom appeared to be high school students, left Moore Dancing, a studio that rented its space to a party promoter for the evening, and descended upon the usually tranquil residential area. It’s unclear who threw the party, but videos of the incident showed a parade of of teens wandering along San Vicente, weaving between cars and trees dressed in white.

“Yo, the fucking floor broke bruh,” one party attendee said on Snapchat, posing in front of a backdrop of bumbling partygoers.

What started as aimless roaming quickly deteriorated into chaos as a group of boys in the crowd started punching and kicking each other, setting off another wave of frantic screaming. Several eyewitnesses reported seeing one presumed party attendee waving around a gun.

Two radio calls were generated in the area of a fight, but the group had dispersed upon officers’ arrival; neither the LAPD nor LAFD had any reports associated with the incident.

Angry Brentwood residents aired their grievances on Brentwood’s Nextdoor. Among their issues: blocked traffic, kids shouting out of their BMWs and Teslas, and dozens infiltrating the nearby Yogurtland.

Michelle Bisnof, the chair of the Brentwood Community Council, said she would reach out to the owner of the studio and law enforcement regarding the incident.

The owner of the studio, Tiffany Moore, declined to comment, but did confirm that floorboards had broken. However, the studio announced on its Instagram account it would reschedule an open house and regular dance classes this weekend citing a damaged floor. A caption says, “Due to some unfortunate incidents last night, we will have to reschedule our regular classes and our Open House this weekend. The floor to the dance studio was damaged and it is not safe to dance on it until it is repaired. I am heartbroken to have to do this, but need to make sure we completely resolve the issue so it is back to new and ready for all you excited dancers.”

RELATED: How to Spend a Dozen Hours in Brentwood