Home Uncategorized Breaking: No One in L.A. Knows What Gluten Is 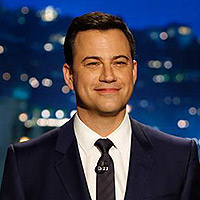 Gluten, a protein that gives wheat-based doughs their elasticity, is particularly harmful to folks suffering from Celiac’s disease—an actual immune reaction caused by consuming the stuff. The rest of us have no excuse: while it’s estimated that six to seven percent of the U.S. population might be gluten sensitive (which can cause digestive problems and headaches, eczema-like syptoms, and fatigue), we Angelenos have likely hopped on the S. S. Boo Hiss Gluten for a more superficial reason: it has the power to chub us up in a serious way.

Hilarity and nutrition intersect when Jimmy Kimmel and Co. confront Angelenos about going gluten-free—which, we might add, has spurred a city-wide revolution in the way of restaurant menus and grocery store sections. But do we even know what gluten is? Afraid not. Watch the segment below for your Friday dose of giggles.