Home Uncategorized Breaking News Out of Los Angeles: Scott Pelley on Why His National... 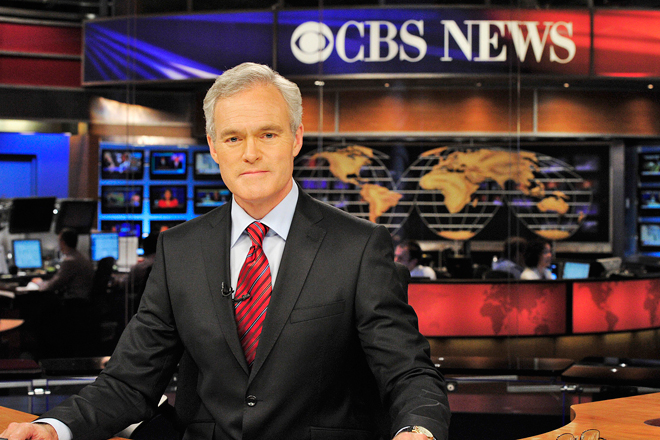 Double congratulations, then. It has been two years of growth for the program. What kind of stories do you think are the show’s strengths?
I think that our strength, particularly in this last year, has been big breaking news stories, and I’m very glad about that because there have been a lot of them. Immediately after the election of the president we had [the shooting in] Newtown. We had Hurricane Sandy, [the bombings in] Boston, the first resignation of the pope in 600 years—it has been relentless. Our staff is running like a 12-cyclinder engine; they’ve just been perfect in covering these breaking stories.

The Evening News has been covering what seems like an increasing number of West Coast stories.
Absolutely. I haven’t done the math, but if you just go back and count the number of minutes that we cover L.A. on the Evening News I am sure that you will find we have never covered L.A. and the issues that are important to Angelenos more than we are doing right now. We’re also updating the Evening News for the West Coast much more frequently then ever before. So much of our national life occurs on the West Coast and it deserves to have a national newscast that is appreciative of its needs. California sets the agenda on so many levels in this country. Not just style points, but very serious matters. If you look at our coverage on the recession and the recovery, a lot of that reporting comes out of Los Angeles because L.A. County is such a diverse area economically. When we report on things like an upturn in manufacturing or shipping, we do those stories out of San Francisco and L.A. because they’re bell weathers for the rest of the country. You’re a foolish managing editor if you’re not watching California.

What are the top stories coming out of the West Coast right now that you have your eye on?
There’s nothing more important to our viewers than the economy. We just did a piece on the upturn in home construction in Los Angeles. You’ll be seeing a lot of coverage of the economy on the West Coast. The other thing that just cannot be ignored is the fire situation out there. It is incredibly unusual. Right now you’re experiencing 90% more wildfires than in an average year and the season has just started. We’re watching that closely—not just where and how, but why. There’s going to be an enormous ruling by the Supreme Court this month on Proposition 8. We’ll be all over that. You have 55 million Americans living in California, and whenever it has a serious budget crisis, that is an important thing to the nation. I’ve also been very concerned with the funding for the California University system. It is the greatest university system in the world and yet, because of the difficulties of the state, the budget of the universities has been getting whittled away. Another thing that we have been paying a lot of attention to is immigration reform. We did a story with farmers about how they can’t get the labor that they need and all kinds of fruits and vegetables are just dying in the fields because they can’t get them harvested.

Where do you look for stories about Los Angeles?
I look at the L.A. Times and the San Francisco Chronicle every day. I follow very closely what our affiliates are doing. Keep in mind one of our biggest newsrooms is in Los Angeles. Those guys are on it every day. Every morning by eight-o’clock eastern time I get a big note from our L.A. bureau chief, Eleanore Vega, that outlines everything in the region. There is no fiercer representative of Los Angeles. She is on the phone to us in New York all day, every day saying you guys have got to pay attention to this story.

Do you visit L.A. often?
We do. We have a dedicated CBS Evening News studio in Los Angeles, where we can walk in and plug in and go on the air right away. I think you will be seeing more of this as time goes on.