Home Architecture Check Out the Brady Bunch House Before and After Its Big ’70s...

That’s what makes up A Very Brady Renovation, HGTV’s newest online show, which premieres tonight at 9 p.m. The series will showcase the transformation of the Studio City home that was used as an exterior shot of the home on saccharine ‘70s sitcom The Brady Bunch. The six Brady Bunch kids paired up with HGTV stars to transform the inside of that house to look like the Paramount set they filmed five seasons on.

The house in Studio City went on sale last year, resulting in a bidding war that even had former boy-bander Lance Bass in the mix. HGTV eventually outbid everyone, but because the home is only one story, the crew had to get creative in terms of how to fit an upstairs and attic in the home, while not changing the way the house looked from the street.

Barry Williams, who played Greg Brady on the show, jokes about how on the show all six kids had to share a bathroom, despite the fact that their father was an architect. Even worse, the bathroom didn’t have a toilet.

“Not only were we sharing that bathroom, but we recreated it exactly the same way in 2019 and it’s no better,” Williams says.

The renovation took about six months to complete, not including several months of preparation. Jasmine Roth, host of Hidden Potential and one of the HGTV stars who helped renovate the Brady home, says the team mainly relied on the Brady kids to replicate the look.

“We watched a ton of old episodes,” she says. “We screenshot. We tried to figure out exactly how everything was set up. But really at the end of the day, it came down to their memories and they were able to give us information we would have never been able to get.” 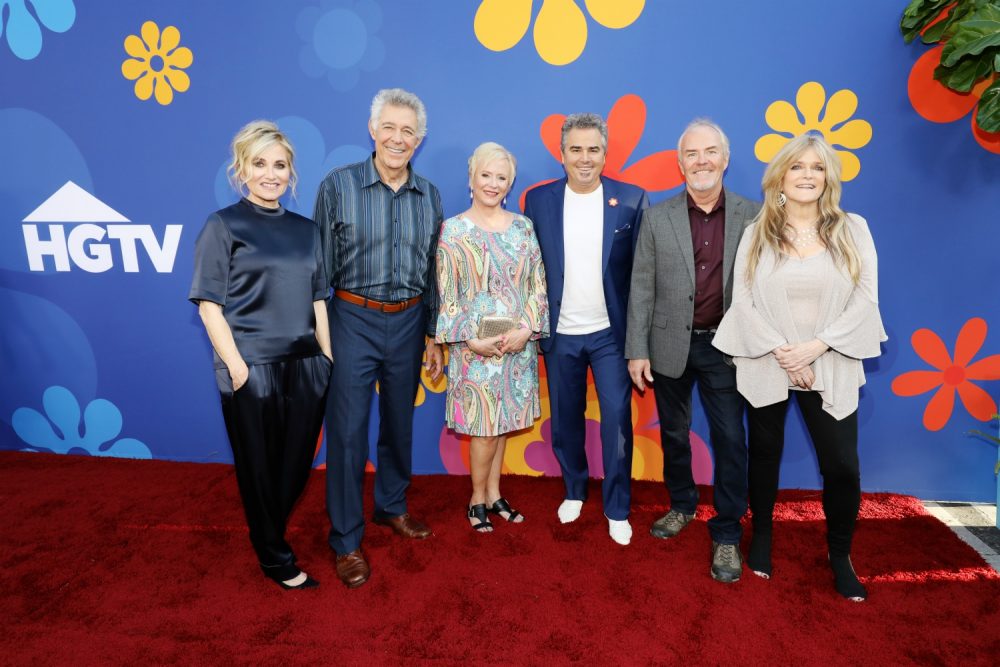 All six Bradys attended the premiere party and screening in L.A. last week. Christopher Knight (Peter Brady) and Eve Plumb (Jan Brady) smiled as they explained how even though the six friends have gone through a lot together during the 51 years they’ve known one another, they’re just like any other group of friends.

“We talk about our lives,” Plumb says. “The people who have children, we talk about that. Our pets. Just like any group of people.”

Mina Starsiak, star of the HGTV show Good Bones, said she didn’t know what to expect of the Brady kids.

“I wasn’t sure with hearing stories about child actors and seeing things in the news, but it was also such a different time when they were child actors, so I hoped they were going to be really fun, down to earth and all of them are,” she says. “They’re way cooler than me. Perfectly nice. Extremely sweet.”

Mike Lookinland, who played Bobby Brady on the show, says the home feels more real now than ever.

“It was all fake but now it’s real,” he said. “That’s the mind-bending part about it all.”

Battle Of The TV Moms