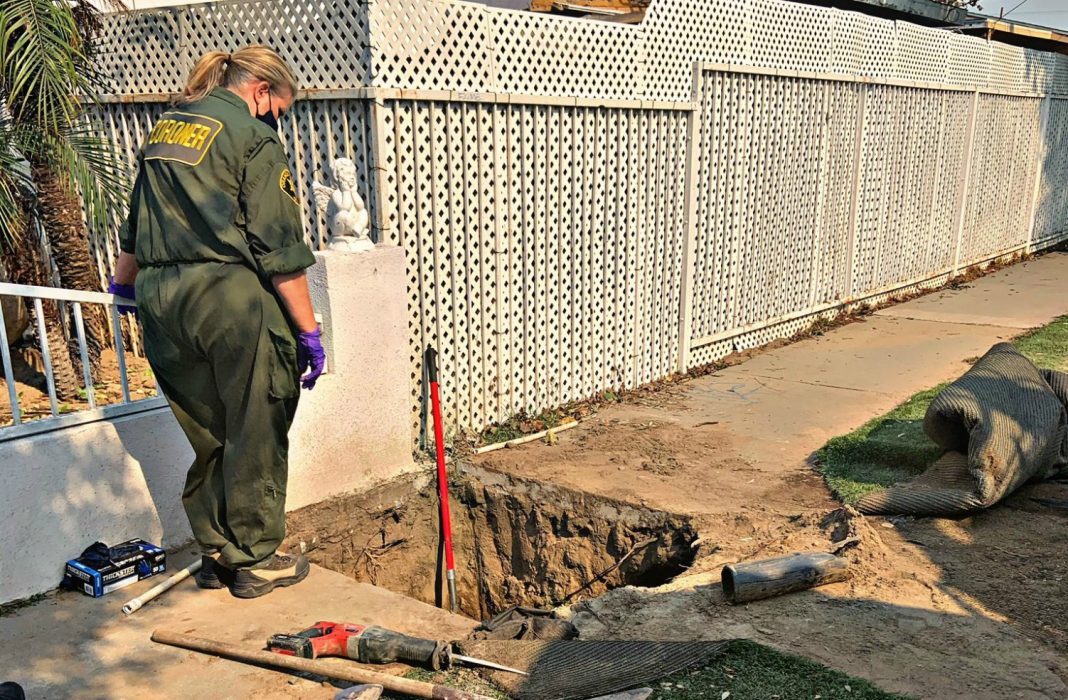 According to the Santa Ana Police Department, the workers had dug about four feet down when they discovered bones, which the Orange County Sheriff-Coroner determined to be human. Santa Ana homicide detectives have responded to the scene and have launched an investigation.

The @OCSheriff Coroner responded and determined the bones located are in fact human. #SantaAnaPD Homicide Detectives were notified and responded to the scene to handle the investigation.

This is the second recent discovery of human remains by area workers. Last month, a crew on an Orange County street trolley project unearthed leg bones and a ribcage beneath the 2000 block of West 5th Street that an archeologist identified as human.

After further investigation by the county coroner’s office, the bones were determined to be at least 100 years old and of Native American origin. The remains were subsequently released to the Native American Heritage Commission for proper burial. The sex and possible cause of death of the deceased is unknown.

No further details about the remains found Tuesday were released.