Home Uncategorized Bob Iger Will Step Down as CEO of Disney in 2015. 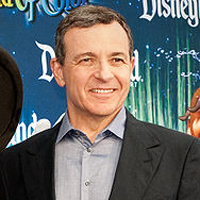 Walt Disney Co. announced today that CEO Bob Iger will step down in March 2015. There’s more. CNNMoney is reporting that Iger will take over as chairman of the company, in addition to serving as CEO, in March of next year. He’ll serve as chairman until June 30, 2016, at which point Iger will be 65 years old.

The announcement, which comes two days after apple co-founder Steve Jobs died, is likely intended to signal to shareholders that a succession plan is in place at Disney.

Jobs was Disney’s largest individual shareholder and on Disney’s board of directors.