Home News Who’ll Be Next to Land a Coveted Spot on the L.A. County... 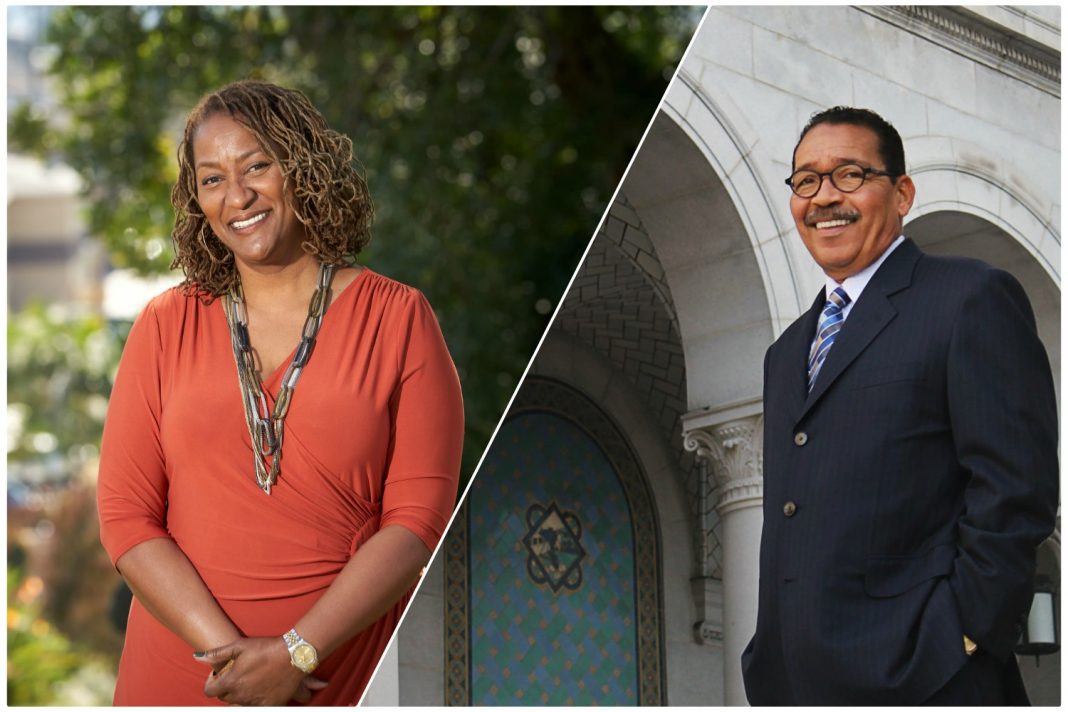 Residents of Delaware, Nebraska, and Vermont almost certainly know who their governor or U.S. Senator is. But can inhabitants of Los Angeles County’s Second District name their supervisor?

It’s worth asking because an election for the seat is underway, and with approximately 2 million residents, District 2 has a larger population than the three aforementioned states. In fact, U.S. Census Bureau estimates for 2019 reveal that a whopping 14 states have fewer inhabitants than the Second District.

Mark Ridley-Thomas has represented the area for 12 years, and is termed out (he is now running for a City Council seat), meaning residents have the rare opportunity to select one of the five county “supes” whose tasks include overseeing the Sheriff’s Department and a massive Public Health department, and setting priorities for a budget that is north of $36 billion. As part of a series on local elections, Los Angeles is focusing on this contest. As a reminder, November 3 is election day, and mail-in voting has already begun.

The Second is the smallest of the county’s five supervisorial districts, but the 162-square-mile territory is by far the densest in terms of residents. It encompasses city of Los Angeles neighborhoods such as Koreatown, Palms, and Watts, smaller cities including Carson, Compton, Inglewood, and Culver City, as well as some unincorporated areas.

“What a lot of people don’t realize is in the unincorporated areas, the county supervisor is the only form of government,” said Jan Perry, a former Los Angeles city councilwoman who ran for the supervisor seat in March, and finished third. “So constituents have to turn to their county supervisor to get all the services they need. That is one of the challenges of the job.”

According to a 2017 district analysis by the Los Angeles County Economic Development Corporation, the Second has a median household income of $42,528, and 23.7 percent of the households are below the poverty line. That makes it the most economically challenged of the districts (the Fifth, by comparison, has a 12.3 percent poverty rate and a $71,440 median household income).

How We Got Here

In June 2016, Ridley-Thomas ran unopposed for his final term, and 237,000 people voted. This past March, with seven people on the ballot, turnout spiked by approximately 30 percent, to nearly 303,000 voters.

The results were anything but clear cut. The top finisher, City Councilman Herb Wesson, had the highest name ID, but the approximately 90,600 votes he received gave him just 29.9 percent of the returns. In the runoff he’ll face State Sen. Holly Mitchell, who claimed about 87,900 votes (29.4 percent).

That means a large percentage of the electorate is up for grabs, including voters who in March opted for Perry, fourth-place finisher Albert Robles, who is the mayor of Carson, and three other people who were on the ballot.

Wesson is a former Speaker of the State Assembly who spent 15 years on the City Council, and eight as its president. During that period he proved to be a savvy and cutthroat dealmaker, and seemed to delight in wielding power. Under his gavel the council took progressive steps including boosting the city’s minimum wage to $15 an hour, and he established a council committee focused on homelessness and poverty. Yet it hasn’t all been smooth sailing; Wesson has endured personal travails related to paying his mortgage and credit card bills, and he was the one who made disgraced former Councilman José Huizar chair of the powerful Planning and Land Use Management Committee.

Mitchell is not as well known in Los Angeles as Wesson, but she has spent nine years in the California legislature where she has generally earned positive reviews, including for playing a lead role in crafting the state’s $200 billion budget. The former leader of the child and family development organization Crystal Stairs, she has a record of pushing economic and social justice issues. Her legislation includes a justice reform effort to eliminate criminal administrative fees, and she has sought to help foster youth find transitional housing. She also sits on Senate committees on public safety, insurance, and children with special needs.

The Second District boasts economic drivers such as the new $5 billion SoFi Stadium in Inglewood. However, it also encompasses Skid Row, and with 22,754 homeless individuals (before the onset of the coronavirus pandemic), according to the 2020 Greater Los Angeles Homeless Count, the district holds approximately one-third of L.A. County’s entire homeless population. Perry said housing and helping homeless individuals were key matters of concern for voters even before COVID-19.

“One of the biggest issues people talked about was mental health and people living on the street unhoused,” Perry said. “This was borne out of frustration, because there seems to be no end in sight, even though people in positions of power talk about what they’re doing.”

Mitchell spends a lot of time in Sacramento, so it’s no surprise that she has the support of some prominent figures in state government, including Governor Gavin Newsom. She also notched the endorsement of the Los Angeles Times, Congresswomen Katie Porter and U.S. Senator Bernie Sanders.

Wesson boasts the backing of most of his fellow City Council members, Mayor Eric Garcetti, the L.A. County Democratic Party, and the Los Angeles Area Chamber of Commerce. Additionally, he has the support of a panoply of labor unions that are known for spending big come election time.

Most political observers expect the race to be close, and the large March turnout could expand even further, with people propelled to participate by the presidential election. That adds an air of uncertainty to the proceedings. But given the number of people voting by mail, don’t be surprised if tallying ballots takes days or even weeks.

RELATED: Can a Vocal City Hall Critic Win Against a 30-Year Veteran of L.A. Politics?