Home Transportation The Metro Blue Line Reopens Next Month as Line A, er, the... 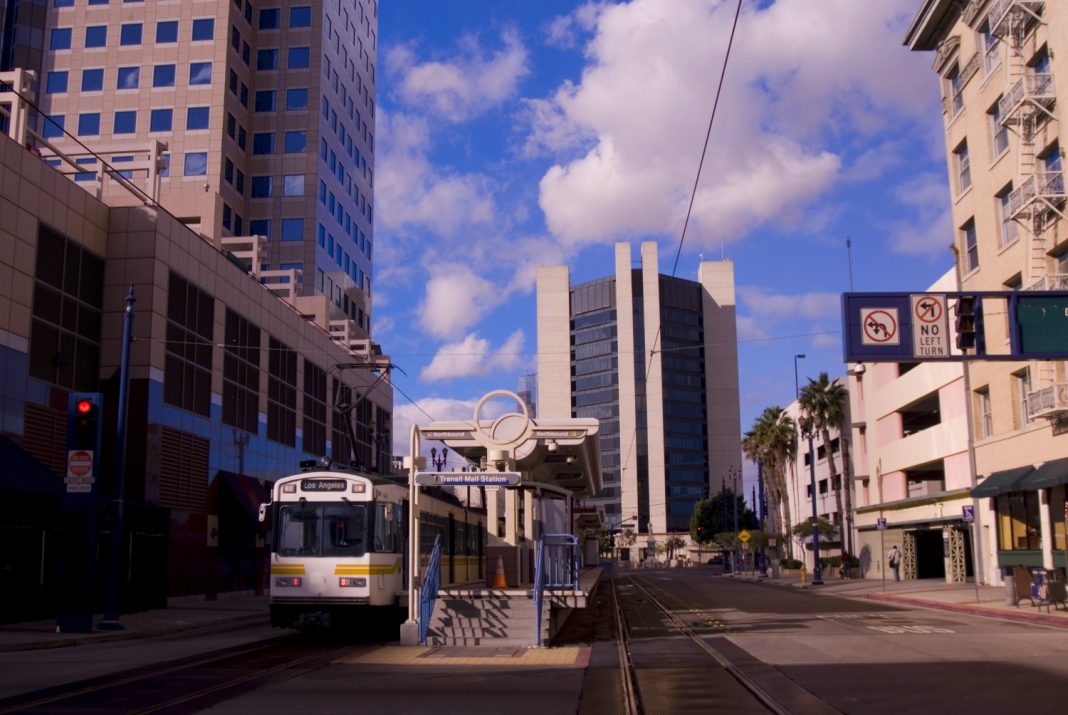 It’s only a few weeks until the “New Blue” project wraps in October and a refurbished Blue Line fully reopens from DTLA to downtown Long Beach. Aside from repaired track, redesigned stations, and new digital info screens, the 22-mile light rail line will feature a brand new name: the A Line.

Metro is rebranding its train lines because as the system grows, the agency is running out of colors to designate them—there was confusion in 2012 when the Expo Line began service and its aqua-colored signage looked similar to Blue Line markers (Metro ended up gluing a big “E” to Expo signs). Renaming the Blue Line will be an opportunity for the agency to transition the public to the new system, where its six rail lines (soon to be seven) and two busways will soon be known by letters instead of colors.

The $9 million nomenclature change will be completed by 2022 or 2023, when the Regional Connector opens and adds new underground stations in DTLA and merges threes rail lines (Expo, Blue, and Gold) into two very long routes (the A and E lines).

The new terminology seems simple enough, but according to LAist, it was a complicated process. Metro originally planned to rename the routes as Line A (Blue), Line B (Red), Line C (Green), Line D (Purple), Line E (Expo), Line F (Orange), Line H (Silver), and Line J (Gold). Responding to rider feedback, the Metro board decided “A Line” and “B Line” were more “intuitive” than “Line A” and threw out the initial name—but it was too late for the revamped Blue Line stops, which got signs indicating it was part of “Line A.” Metro will course correct and change signs to “A Line,” LAist reports.

What would transportation be in L.A. if not overwrought and confusing?