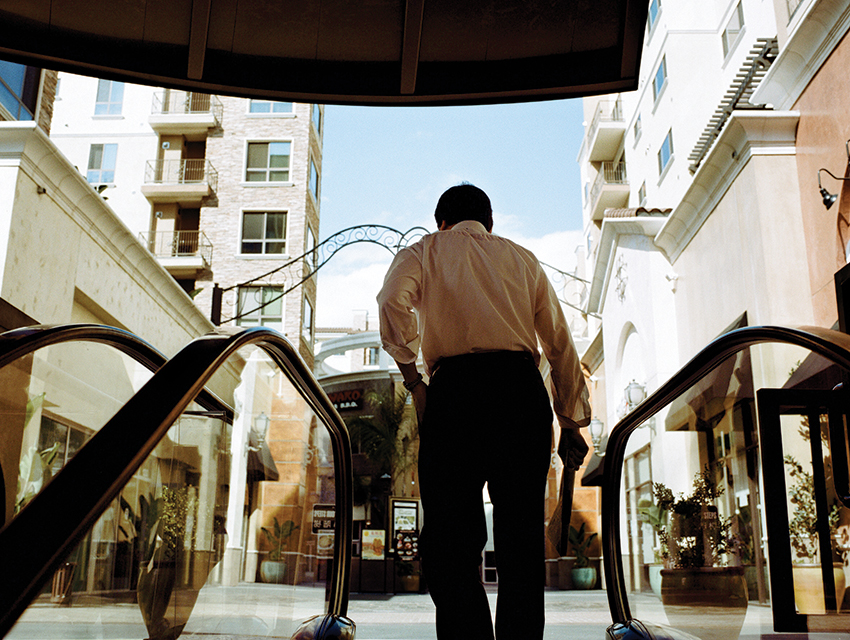 When Stone Liu left his home in Guangdong, China, in the mid-’90s, he had a simple plan: to come to Utah, get a graduate degree in economics, and return to his research assistant gig at a college in China. But like a lot of people who relocate to another country, he ended up on an entirely different course. In his case, it was working as a general assignment editor at a Chinese-language newspaper in Alhambra.

Now Liu is in his tenth year as editor-in-chief of The China Press, whose motto  is “Understanding China in the U.S.” There are plenty of other papers in the region geared to expat communities, including Rafu Shimpo, Saigon Times, and The Armenian Observer, but Liu’s has witnessed explosive growth in the terrain it covers. Since its L.A. launch in 1994, the paper has seen China transform into a future superpower and more than a quarter million Chinese Americans and immigrants flock into the San Gabriel Valley—including Alhambra. Liu’s staff has kept pace. Along with its six reporters and more than a dozen editors who focus on Southern California, the paper and its online version have established bureaus in New York, Chicago, San Francisco, and other major American cities to provide deeper coverage in the United States.

For a recent piece about the Chinese con man (and U.S. citizen) arrested in Taiwan after running a Ponzi scheme in L.A., Liu had reporters chase the story overseas. He did the same in response to the hazardous-material warehouse explosion in the Chinese city of Tianjin that killed 200 people in 2015—the same year The China Press landed an exclusive interview with Katrina Leung, the San Marino-based double spy. The organization also stages cultural events in the SGV, which helps explain why Liu plans to relocate the operation to roomier digs in the next couple of years. “Our business is expanding, and we need more space,” he says.

When Liu arrived in L.A. after adding a Ph.D. to his résumé, the San Gabriel Valley was far less crowded—and less Asian. The storefronts and strip malls he passes on his commute from Hacienda Heights are peppered with simplified Chinese, the writ ten language used in China and in his pa per (Hong Kong and Taiwan use traditional Chinese). “The mainland Chinese people living [here today] dubbed this ‘China Valley,’ ” says the soft-spoken fiftysomething. The area’s even better known in China than in most of the United States.

RELATED: The Other Asians

Change to the SGV came in waves. The 1970s saw the arrival of mainly Taiwanese immigrants. In the ’80s, it was mostly people from Hong Kong. Immigration from the mainland took awhile to gather steam after the country was liberalized in 1976; according to Liu, the first “real” surge hit in the ’90s, when he arrived in Utah from Guangdong, and the speed has only intensified since.

The SGV has become a place where you don’t have to speak English, which makes it a tough nut to crack if you are an outsider and perhaps just as tough if you want to break out. The newcomers from the mainland are more tech savvy, better educated, and, in general, wealthier than earlier arrivals. They’re interested in what’s going on in China but also fascinated by the United States. “The old generation, they came empty-handed. Even our generation—we came as students, we came empty-handed. But the new generation, they come here buying luxury cars and houses because they’ve benefited from the growth in China in the past decades,” Liu says, sitting in his office beside a four-foot-high stack of old newspapers.

Resources don’t necessarily translate into cultural savvy, though. Clashes can result, like when newer immigrants tear down homes in San Marino and Arcadia to build mansions that seem out of scale with the neighborhood or when a group of Chinese visitors was involved in a fatal collision with a tour bus in Arizona because they didn’t yield at a stop sign. “They do not know the laws here sufficiently, they do not know the rules here sufficiently, they do not know the habits here—the unspoken habits,” Liu says. “And sometimes those are more important. I hope our newspaper can educate Chinese people here.”

Learning the ways of the West Coast hasn’t been a challenge for Liu’s two daughters. Born in the States, one is in college; the other, in middle school. They’ve visited their parents’ homeland only a handful of times, and while they can speak Mandarin conversationally, reading and writing it are more difficult. Countless immigrant parents have struggled as they’ve seen their culture take a backseat in the lives of their Americanized kids. It’s no different for Liu and his wife, who works for a business that manages golf courses. “It makes me sad sometimes that they can’t read what I write,” is how Liu puts it, speaking like a true journalist.