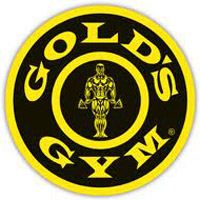 One month after Los Angeles magazine writer Anne Taylor Fleming focused her “Open City” column on the invasion of the Westside by dot-com companies and the impact it’s having on traffic west of the 405 (“grim local Topic A”), the New York Times has published a story about the growing concern among bodybuilders that Google’s increased presence in the neighborhood will be the end of its unique culture—and their beloved Gold’s Gym. “It’s the ultimate revenge of the nerds,” insists gymgoer Nathanial Moon.

Google’s reported interest in the Gold’s Gym building is what has everybody so worried, although Jordan Newman, a spokesperson for the company, told the Times “we’re not taking over Gold’s.” Arnold Schwarzenegger, who started his career in bodybuilding in Venice and has bought and sold Venice real estate over the years—including, not-so-incidentally, the old World Gym on Abbot Kinney—is piping up to help Gold’s supporters feel more at ease. “Google has bought everything in Venice that is available,” he says, but “this is the mecca of bodybuilding…they will never leave.”