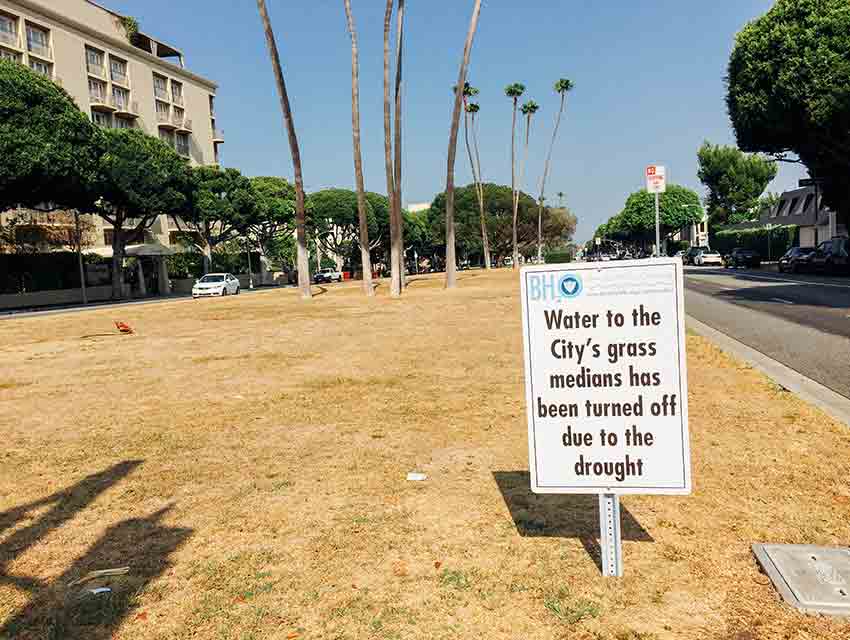 On my routine walk to work last week, I noticed that something had changed in Beverly Hills: The lush green grass I’m used to passing on Burton Way had dried up and turned brown. It was shocking, in a good way.

Over the past year several campaigns around water conservation have launched across Southern California. The City of L.A. has Save the Drop, the City of Santa Monica has Santa Monica Saves, and San Diego has “San Diegans Waste No Water.” But the City of Beverly Hills is showing by doing in going brown. And for a city known around the world for its preoccupation with appearances, that adds up to so much more than a drop in the bucket.

Shauna Nep is a philanthropic advisor, an L.A. enthusiast, and a secret Canadian. You can follow her Los Angeles adventures on CityThink each week, and by following her on Instagram and Twitter @shaunanep.