Home Lawsuits Beverly Hills Has Doled Out $7.3 Million to Settle Lawsuits Against Its... 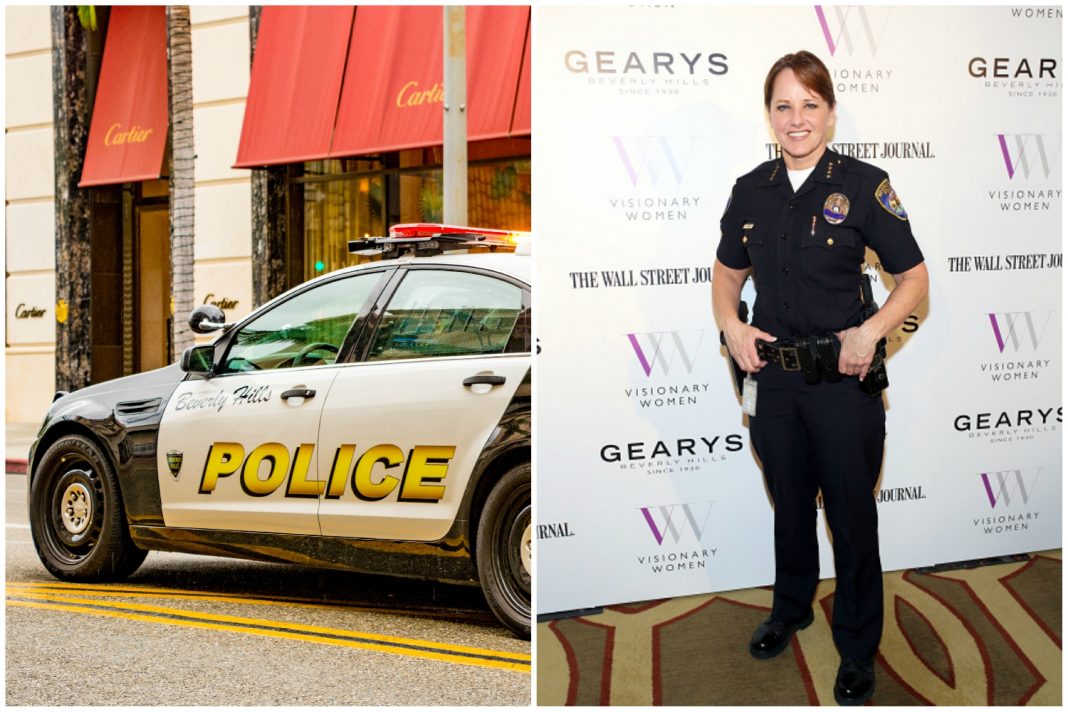 When she was hired in 2016 as the first female police chief of Beverly Hills, Sandra Spagnoli seemed like the perfect choice to lead the dispirited department. The city had spent more than a year looking to fill the position, which had been vacated after the previous chief was sidelined for alleged ethics violations. At a press conference announcing her appointment, city managers raved about Spagnoli’s 33-year career in law enforcement and her experience in San Leandro, a Northern California city twice the size of Beverly Hills. The new position paid the photogenic 52-year-old $500,000 a year—$200,000 more than L.A.’s police chief—and earned her a national profile, including a glowing profile and photo shoot in Vogue.

But four years later Spagnoli’s tenure has been marred by internal conflict and multimillion-dollar payouts. More than 21 current and former employees—nearly 10 percent of the department’s workforce—have filed lawsuits or complaints, accusing the chief of anti-Semitism, homophobia, and affairs with subordinates. The allegations have cost the city $7.3 million in settlements and judgments so far.

The city settled the first of the lawsuits in December 2018, doling out $2.3 million to a Jewish captain named Mark Rosen who had accused Spagnoli of age and religious discrimination. Rosen, once the second-highest-ranking employee in the department, claimed in his suit that the chief belittled his religion and denied him advancement opportunities because of his faith. His complaint laid out a pattern of derogatory comments, describing incidents where Spagnoli allegedly referred to yarmulkes as “funny hats” and recounting a conversation in which she allegedly asked Rosen, “Isn’t it a sacrilege for your people not to invest money?” Rosen claimed that Spagnoli demoted him after he complained about her.

Under pressure from its insurance company, the city reluctantly settled with Rosen. Since then a parade of employees has come forward with other complaints. A suit filed in 2018 alleges that Spagnoli carried on affairs with two subordinate officers, both of whom received promotions over more experienced officers who were not “banging the chief.”

A year later a BHPD employee named Dona Morris also sued Spagnoli for discrimination. Morris, who is openly lesbian, claimed that the chief had expressed disgust and shunned her after learning of her sexual orientation and proceeded to pay her less than Morris’s straight, male coworkers. After her case went to court last July, a jury awarded her $250,000 for harassment.

Similar accusations dogged Spagnoli in her previous job in San Leandro. She was forced to publicly deny rumors of an affair with a subordinate officer. In 2013 she was named in a million-dollar civil rights lawsuit that accused the city’s Police Department of illegally entrapping gay men. The suit was eventually settled out of court.

The turmoil at the BHPD has not gone unnoticed. In a 2019 interview with the Los Angeles Times, Spagnoli pushed back against her accusers. She flatly denied the sexual allegations and claimed that her broad changes to the department had generated unfair criticism and resentment. Meanwhile, despite the growing payouts, city officials remain unwavering in their support. The city attorney’s office has taken the fight beyond the courtroom and to the press, hiring crisis PR firm Sitrick and Company, whose clients have included Harvey Weinstein and R. Kelly.

In January 2019, Spagnoli uploaded a video to address her critics, saying she faced challenges as the first female police chief and arguing that she was being unfairly accused. She did not respond to our request for comment, but the BHPD is sticking to its guns. “The city remains committed to the police chief and her efforts to reform the department, and condemns those who are undermining those efforts,” the city said in a statement.