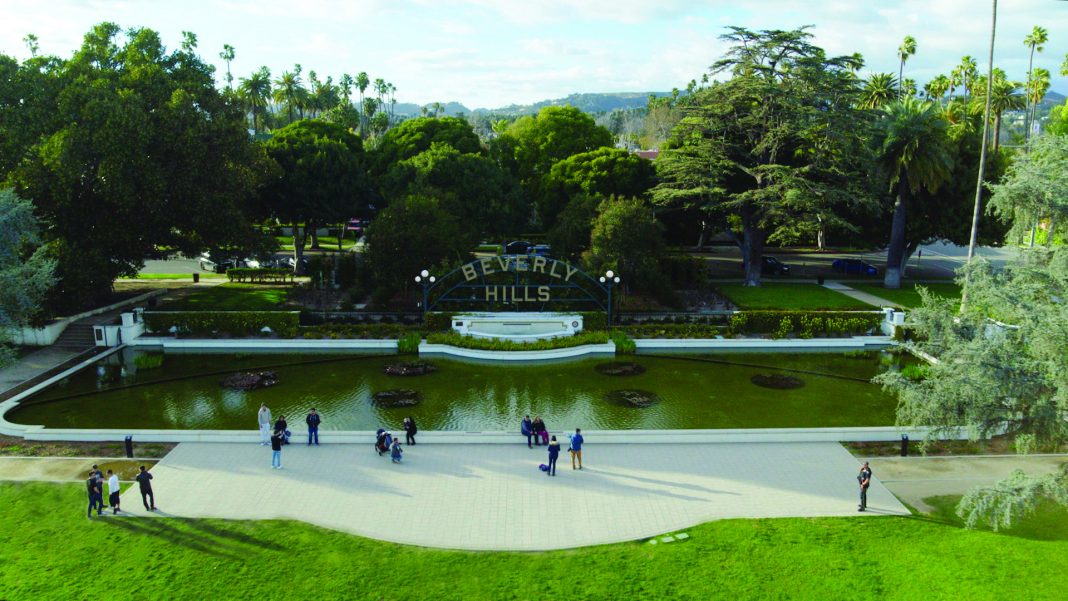 You may have driven by Beverly Gardens Park dozens of times without even realizing what it was. Running alongside Santa Monica Boulevard, it’s best known for the iconic Beverly Hills sign and cute little pond that have no doubt appeared in hundreds of thousands of tourist snapshots. But explore behind that entryway, and you’ll find an 87-acre green space that dates back to 1907. And it’s a better time to visit than ever, as a five-year, $12 million restoration project has just wrapped up, giving the park a new lease on life.

Proving that parks seek eternal youth just like the rest of us, much of the restoration effort was focused on turning back time to how Beverly Gardens looked about 90 years ago, when an additional eight-block stretch was first added to the original 1907 footprint. Now the historic gardens and design elements, including fountains, pergolas, ponds–even a cactus garden from way before cacti were trendy–have been refinished to their early 20th-century luster.

There were some logistical updates to be made, too, like swapping out broken, old water fountains for new, ADA-compliant ones, installing safety lighting, and updating pedestrian crossings. And the restoration provided an opportunity to make the park more environmentally sustainable and drought-tolerant, with stormwater runoff capture, and an emphasis on combating the “urban heat island effect” with cooling water features and tree cover.

The idea to renovate the park was first floated in 2011 by Steve Gordon of local real estate development firm Domino Realty. He reached out to charitable Beverly Hills residents to raise money to update the park, ultimately pulling together about $4 million in private donations. The City of Beverly Hills put up the remaining $8 million to complete the project.

RELATED: The History of Those Beautiful Jacaranda Trees in Bloom Around L.A.