Home Politics Catch Up on Adam Schiff’s Big Moments of the Impeachment Trial So... 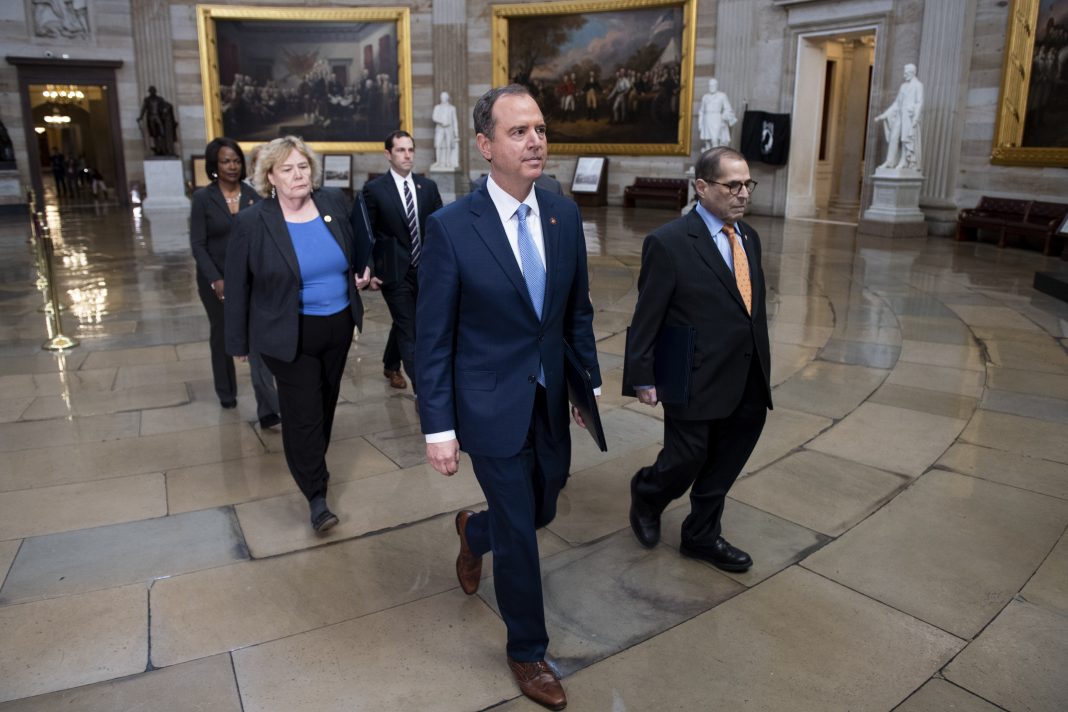 Los Angeles congressman Adam Schiff has been front-and-center this week as the Democrats’ lead impeachment manager. This morning, the managers started their 24 hours of opening statements, laying out their case that President Trump has abused his office and obstructed Congress.

In case you’ve missed any of Rep. Schiff’s big moments so far, we’ve collected the clips you need to see to catch up.

In a press scrum, he slammed the rules set forth by Mitch McConnell, describing them as “nothing like the process that was used in the Clinton trial” but is instead a set up for “a rigged trial.”

With his slide deck at the ready, Schiff made his four-point argument for how this trial’s process differs from the Clinton precedent. That trial, he argued, had a structure that was negotiated and agreed upon by leaders of both parties, and all documents and witnesses were provided in advance.

He went on to call the White House stances on the proceedings “indefensible.”

In his most “viral” moment of the night, Schiff said the ultimate mission of the impeachment proceedings is to ensure that President Trump “shall not become a king,” operating without fear or accountability.

Schiff appeared this morning to dismiss the idea put forth by some Democrats that they might call Hunter Biden as a witness in exchange for Republicans calling John Bolton. He said an impeachment trial would be no place for “fantasy football trades,” particularly when “they want to use this trial to smear the Bidens.”

In his opening statements today, Schiff has come out with some bold words, both in condemnation of the President, and in describing the significance of the task of conducting an impeachment trial.

He began by reading words written by Alexander Hamilton, describing a hypothetical person who would be unfit to hold public office: “a man unprincipled in private life, desperate in his fortune, bold in his temper.”

As he continued his arguments, Schiff was explicit about the seriousness of the proceedings. “Impeachment is the greatest responsibility after sending Americans to war,” he noted.