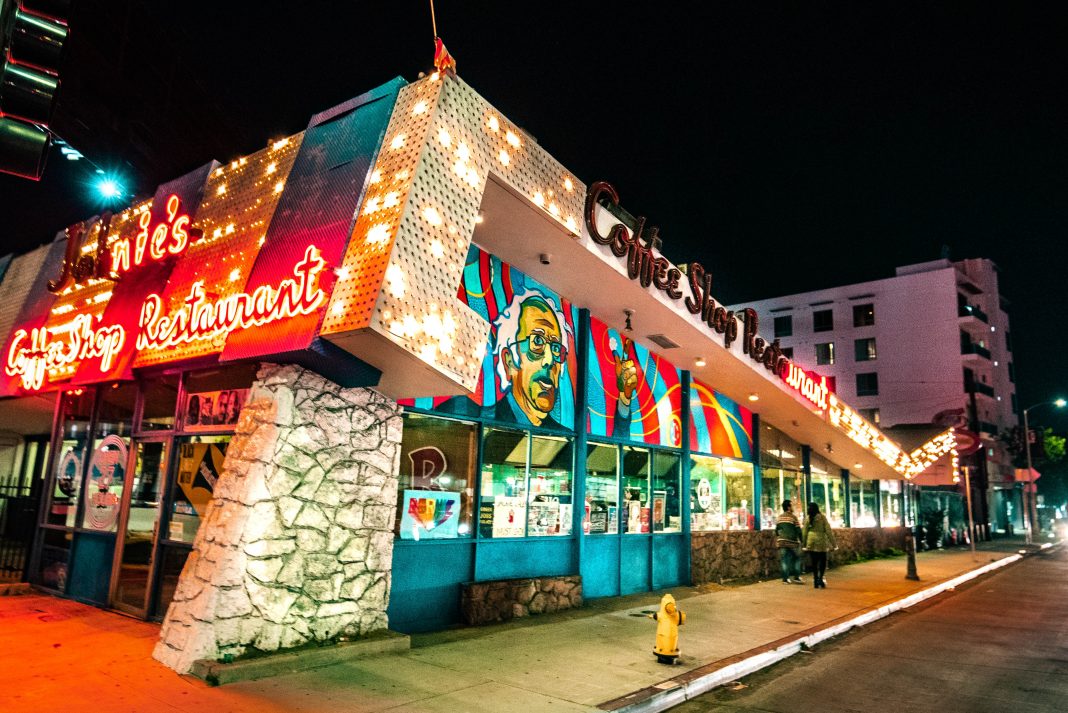 Its official name is Johnie’s Coffee Shop, but it’s been Bernie’s Coffee Shop since 2016. In the summer of that fateful year, supporters of the quixotic candidate decorated the exterior with colorful murals depicting Senator Sanders. After the campaign, the murals stayed up–which is looking pretty prescient now that Sanders has announced he’s running again in 2020. Last night, supporters gathered at the landmark cafe to celebrate his return to the fray.

Johnie’s opened in its original incarnation back in 1956. Designed by Googie architects Louis Armet and Eldon Davis, it featured a slanted roof, glowing neon, and flashing lightbulb decorations; the distinctive look made it a favorite location for filming over the decades. In 1994, it was purchased by David Gold, of the family that founded 99 Cents Only Stores, but by 2000, the diner had served its last plate. Designated as a historic-cultural landmark in 2013, it remained intact but empty until 2016, when David Gold’s son, Howard, had an idea for how the space could be put to use that was in line with his politics. 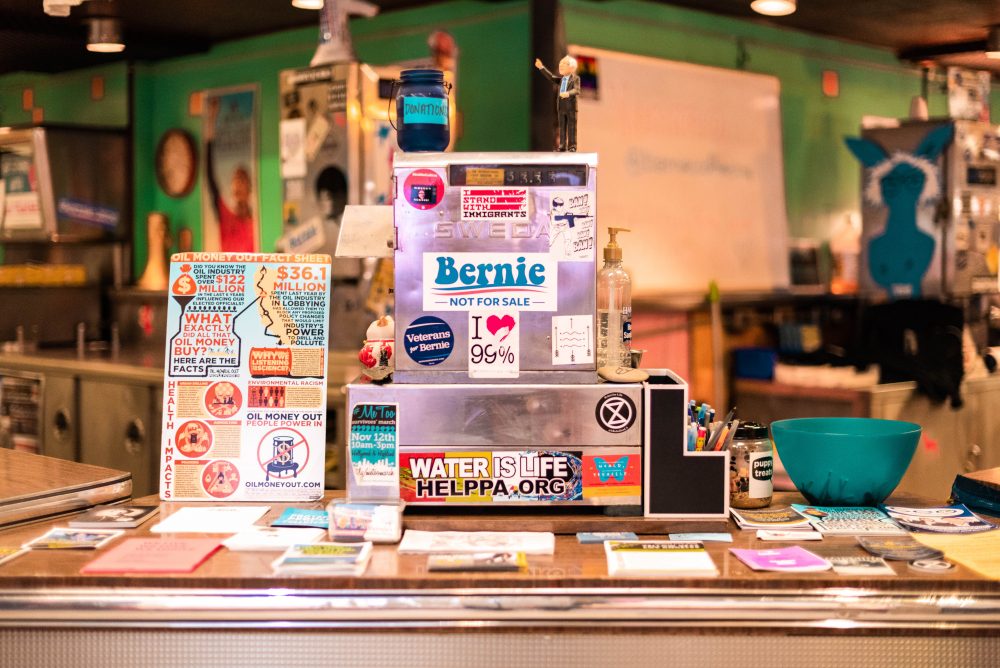 He made the coffee shop available to local Sanders campaign organizers starting in May of 2016. Even once the candidate lost his primary bid, the Bernie’s Coffee Shop Volunteer Committee was allowed to continue operating the space, hosting meetings and events for progressive organizations.

“We are entirely volunteer run, and regularly make the space available to groups in the community for donation or for free,” says Lauren Hammel of the Bernie’s Coffee Shop team. “Bernie’s has been home to a variety of grassroots organizing on everything from Standing Rock, to Medicare for All, to #MeToo, to the migrant caravan late last year. We have hosted panels, meetings, phone banks, workshops, film screenings, donation drives, everything under the sun.”

But with Tuesday’s announcement that Sanders is officially running for president again, the historic space and the volunteers that run it will be kicking into an even higher gear. Around 40 supporters came out for a “Bernie 2020 Community Celebration” at the diner, during which they watched video clips of their favorite campaign ads from the 2016 cycle, signed up to volunteer, and discussed upcoming actions in L.A.

“Tonight is an opportunity for us to see old faces and new faces, celebrate together that Bernie 2020 is finally under way, and to discuss how we plan to go forward as a community,” Hammel said. “Members of our team have been working closely with Organizing for Bernie, a grassroots mobilization team that formed from veteran Bernie activists in preparation for the 2020 campaign.” 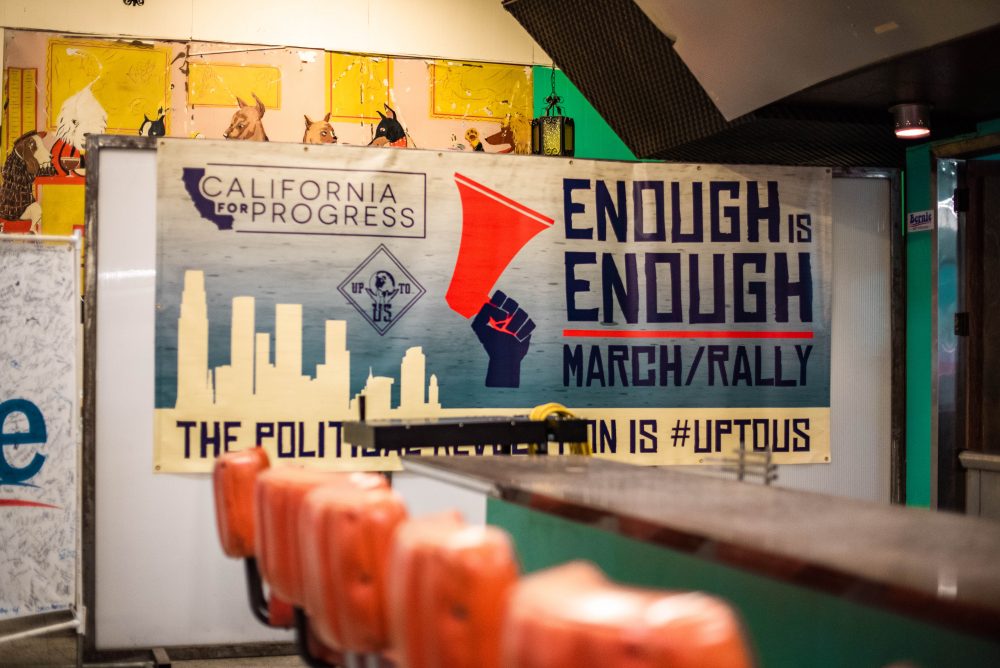 Next up for the group is an afternoon march on Saturday, February 23 around Hollywood and Vine, planning additional rallies, and launching canvassing and phone-banking coordination with the campaign itself.

Senator Sanders has been a subject of considerable backlash since his run against Hillary Clinton in 2016. Women who worked with the campaign have come forward to reveal they were paid less than male counterparts, felt mistreated, and were even subject to sexual harassment, as The New York Times reported last month. Since his announcement, several former supporters have come out to say they will not be backing Bernie again this time around. Nonetheless, volunteers like Hammel remain passionate about their candidate.

“Bernie Sanders has an integrity and honesty that is scarcely matched by his colleagues. His dedication to the issues, always centered upon working people, has held the test of time,” she says. “Leadership like this comes around once in a lifetime. I feel personally blessed to be participating in his campaign. We’ve had our inklings that he was going to officially enter the race, now it’s time to win. We have been looking forward to this day for a long time.”

RELATED: Here’s How Hollywood Money Is Stacking Up for the 2020 Candidates