Home Politics OC Rep. Katie Porter Had to Explain the Difference Between an REO... 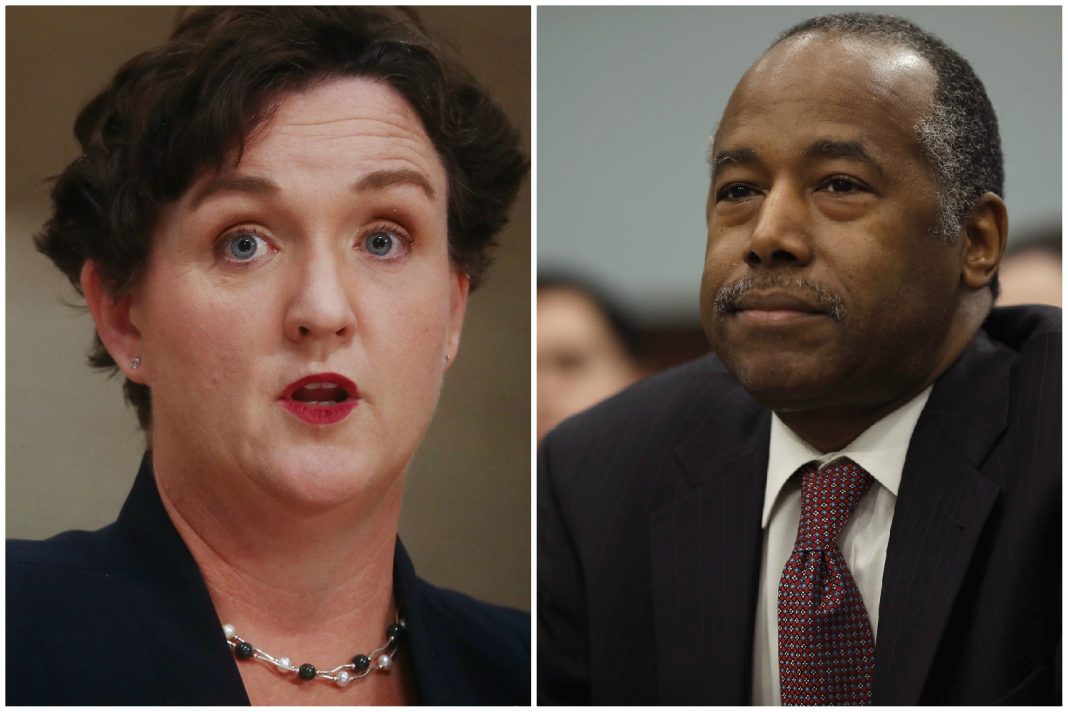 Literal neurosurgeon and Trump cabinet member Dr. Ben Carson has a fairly long history of saying odd things. Like the time he told the sentient bobbleheads at Fox and Friends that if he were in a mass shooting scenario, he would diffuse the situation by saying aloud, and I quote, “Hey guys, everybody attack him.”

Coming off as ill informed might slide on Fox News, but California Representative Katie Porter wasn’t having it in a House Financial Services Committee hearing on Tuesday. The freshman rep, whose Congressional District includes Irvine, Tustin, and Orange, attempted to ask Carson, Secretary of Housing and Urban Development, about why FHA loans go to foreclosure at a higher rate than other loans. This required her to use the term “REO,” i.e. a property that is “real estate owned.” Even in the context of a hearing regarding housing, Carson seemed to think Porter wanted to talk about a popular Nabisco sandwich cookie.

Porter: I’d also like you to get back to me, if you don’t mind, on the disparity of REO rates. Do you know what an REO is?

Then, even when he has a handle on the acronym, it became painfully clear that Carson, HUD Secretary, isn’t familiar with the term.

Porter: What does the O stand for?

I asked @SecretaryCarson about REOs – a basic term related to foreclosure – at a hearing today. He thought I was referring to a chocolate sandwich cookie. No, really. pic.twitter.com/cYekJAkRag

If someone were to ask me what an REO is, I would definitely say “a speedwagon.” There’s no crime in loving cookies or ’70s rock, but people were justifiably disturbed that the person in Carson’s high position would be unfamiliar with a term that’s thrown around frequently in housing circles.

Carson responded to the gaffe by sending Porter a package of Double Stufs. I guess they’ll hash out that foreclosure disparity stuff later.