Home Crime Before Bonnie and Clyde, There Was Marie and Dale 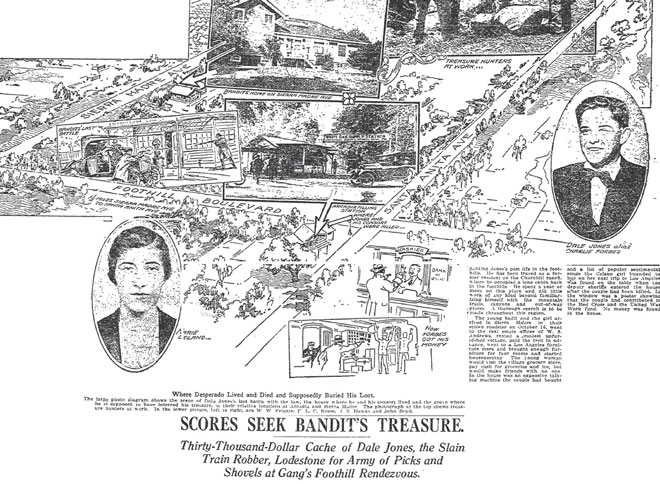 When most women talk about being attracted to a bad boy, they mean someone who possesses a wild streak that obscures a heart of gold.  When I talk about a bad boy, I don’t mean a guy who is dressed head-to-toe in leather, rides a Harley, sports an anti-social tattoo, and plays music so loud that his neighbors complain.

I mean a guy who is a stone cold killer. The woman who is attracted to such a man suffers from hybristophilia; in layman’s terms, she is sexually aroused by a man who commits bad acts.  Serial killer groupies are a classic example of such women – they crave notoriety and the illusion of danger.  Sitting across from a serial killer surrounded by guards in the visitor’s room at San Quentin may seem dangerous, but sharing a bed with a killer in a $40 a night motel room, where there isn’t a soul to hear your screams, is something else entirely.

There are women who manifest an aggressive form of hybristophilia, and they aren’t content to stay at home and write love notes to a guy on death row. They want a piece of the action, whether it’s pulling a bank job or shooting it out with police. When a woman who is out for hands-on thrills makes a love connection, it can spell trouble.  The lovers may fantasize that they are in a standoff against a world that doesn’t care for or understand them, motivating them with deadly resolve.  When criminal pairs are captured alive, most end up turning on each other, the pillow talk and protestations of undying love long forgotten when a lethal injection looms large.

Some law breaking couples have become so infamous that their names are forever linked:  Bonnie Parker and Clyde Barrow, or Richard Starkweather and Caril Ann Fugate. There have been criminal couples in Southern California who have never received national attention, but whose exploits were just as outrageous as those of their more notorious counterparts. For example, Bonnie and Clyde were still in grammar school in 1918 when Dale Jones and his wife, Marie Celano, died in a bloody shoot-out with cops at a gas station in Arcadia.

Dale Jones was bad from his cradle to his premature grave. He was born in rural Missouri in 1897, and by all accounts was an incorrigible child. By the time he was 12, he and a 14-year-old accomplice were criminal entrepreneurs, making thousands of dollars by stealing equipment from trains and auctioning it off to the highest bidder.

Los Angeles authorities first became aware of Dale in 1915, when he was arrested for robbery.  The Los Angeles Times referred to him as an “abnormal youth” and the “mystery youth,” and he was examined by alienists in an attempt to uncover the root cause of his criminality.

The robbery charge against Jones would have to wait. Missouri had a prior claim on him and he was extradited from Los Angeles, but it seemed that no jail could hold him. He escaped, and for the next few years he and his gang cut a wide swath of criminal activity through the Midwest and up into Colorado, where Dale murdered a sheriff in Colorado Springs.

By the time he arrived in Arcadia in the fall of 1918, he was on the lam for the Colorado slaying, numerous stick-ups, and roughly nine murders. Along the way he’d picked up a wife and partner-in-crime, Marie Celano.

Dale and Marie tried to keep a low profile while hiding out in the San Gabriel Valley, but with the Pinkertons on their trail, there was no place to run. It wasn’t long before deputy sheriffs learned of the couple’s whereabouts.  They staked out the hideaway and became familiar with the couple’s routine. Dale and Marie would fill their car with gas frequently at a local filling station, and it was there that the deadly duo would end their days.

Marie was behind the wheel of their car as Dale hopped out of the passenger side to pay the clerk for gas. He and Marie had no idea that Deputy Sheriffs William Anderson and George Van Vliet were hiding on either side of the station, waiting to ambush them.

Shouting, “Throw up your hands,” Anderson and Van Vliet stepped out of hiding with guns drawn.  Jones replied with “You’ve got me,” but he had no intention of surrendering. Pulling a German Luger from his arm holster and a Smith & Wesson .38 from his hip pocket, he began firing. Meanwhile, Marie had dropped down to the floor of the car where she retrieved an automatic pistol and started shooting at the lawmen. It was likely a bullet from her gun that pierced the heart of Deputy Sheriff Van Vliet; he died four hours later. Anderson brought Dale and Marie down with a sawed-off shotgun, and both died at the scene.

On hearing the news of his son’s death, Dale’s beleaguered father sent a telegram to the Arcadia Sheriff’s Office:

“Am the father of Dale Jones, killed by members of your office last Monday. Will have nothing to do with him or his burial. Disowned him years ago.  Signed, Paul Jones”

Marie’s family intervened, saving Jones from a potter’s field burial by having the couple interred in the same grave.  Anderson, the cop who had killed Marie and Dale, waived his claim to the $2000 reward (worth about $39,000 in current U.S. dollars) that had been offered by American Railway Express, and asked that the money go to Van Vliet’s widow instead.

Following the shoot-out, there was a persistent rumor that Dale had been in possession of $30,000 (equivalent to $462,000 in current U.S. dollars) worth of stolen booty at the time of his death.  If so, what happened to the money?

By March of 1919, the quest for treasure had sent scores of people into the foothills near his final hideout where they began to dig in the hard and rocky soil hoping to unearth a fortune. If there was a cache of gold, it was never found.