Home Uncategorized Baby Names That Are So L.A. 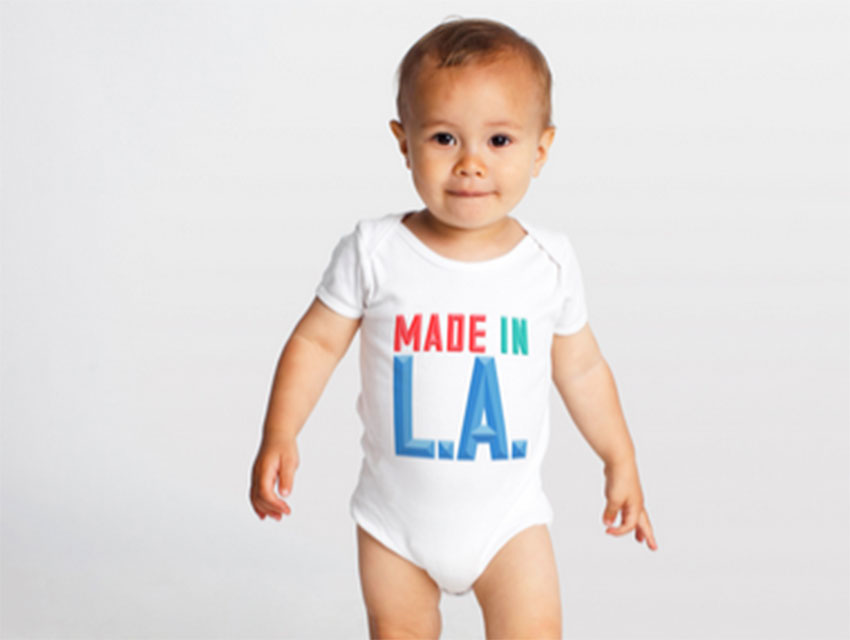 It may not be trendy to name your child after where you live, but our city is so wonderful we lovers of Los Angeles could make a case for it. This idea came to me when I heard the Los Angeles Zoo is asking the public to help name a baby kangaroo. Here are just a few L.A.-inspired monikers that only Angeleno babies could pull off:

BOYS
Frank: From Frank Lloyd Wright to Musso and Frank Grill to Frank Black, this name has L.A. ties galore.
Eric: Love the mayor? Name your son after him.
Pedro: Pronounced pee-droh after one of L.A.’s biggest oceanside communities.
Andreas: A little exotic, a little daring. Your boy could bear the moniker of our city’s fault.
Oscar: Why not take home your own little Academy Award?
Chandler: Writer Raymond Chandler, publisher Harry Chandler, a bike path in the Valley, and that guy from Friends (which was shot in Burbank) are the inspiration for this choice.
Griffith: Not only is this the name of a popular, beautiful park (and the colonel who founded it) but also D.W. Griffith, a very controversial but pioneering filmmaker.

GIRLS
Beverly: Perhaps one of the most iconic city names, this one’s perfect if your family is originally from Massachusetts.
Olvera: Fitting for a future taco lover.
Holly: A particularly fantastic name for anyone with the last name Wood.
Poppy: Our beautiful state flower and also a way to remember the baked blooms of 2015.
Monica: This is for a Westside baby (and another Friends-loving parent).
Angelyne: For a social, spunky, and fun-loving daughter with a real thing for pink.
Rose: After the three roses of L.A.: the avenue, this garden, and the bowl.

UNISEX
Juniper: For the man who founded the first missions in California.
North: From Northridge to North Hollywood to North West, this name has a special locality to it.
Baldwin: This neighborhood seems fit for a baby name comeback.
Getty: Perfect for a baby with artsy parents.
Echo: I for one have always wanted something besides a park to be named Echo.
Lax: A name that serves as both a statement about our city’s headspace and a reminder of our airport code.
Angel: The most obvious—and special—choice of all.