Home Family and Kids When a Local Couple Decided to Forgo Gendering Their Baby, the Federal... 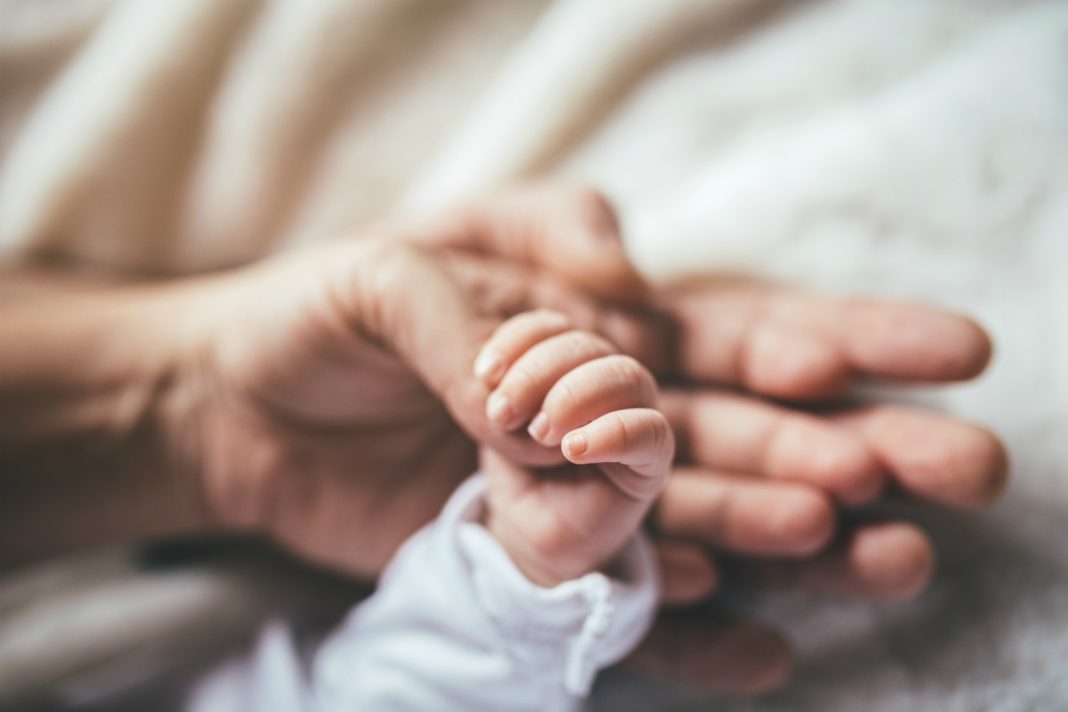 The parents of Azul Ruelas-Brissette didn’t want their child designated “male” or “female” on the birth certificate when their baby was born last summer. In California, this wasn’t an issue, since the state began issuing birth certificates that mark gender as female, male, non-binary, or nothing at all in January 2018. But they soon discovered that the federal government is still entrenched in a two-gender world, the Los Angeles Times reports.

Although Azul’s parents, Jay Brisette who identifies as non-binary, and Miguel Ruelas, a transgender man, were successful in having two dashes placed on Azul’s California birth certificate where gender is usually indicated, they hit a wall when trying to obtain Azul’s Social Security card so they could claim their child as a dependent.

At the Social Security office in November, they asked how they should fill out the application form, which offers only “male” and “female” under the category of “sex.”

“They went into this whole thing. That we had to pick a gender, that a baby is not a person without a gender,” Brissette said.

When the couple asked how the agency could possibly have arrived at that decision for them, Brissette says, “They told us Azul did have a gender and closed the window.”

Neither parent denies that Azul has a gender. They say they just want to allow the child to articulate their own gender in their own time.

Even for parents who want to raise their children without assigning gender but who don’t seek to go as far as Brissette and Ruelas, there are still plenty of obstacles. In a July article on “theybies,” NBC profiled Nate and Julia Sharpe, a Cambridge, Massachusetts, couple who are raising their 3-year-old twins Zyler and Kadyn without telling anyone what their anatomical genders are.

“We read about how from when they’re 20-week fetuses, they’re already starting to be gendered, and people are calling the little girls ‘princesses,’ and buying certain things for different children,” Julia said. “We wanted to prevent that, so that’s how it started. And then about a couple weeks before they were born, Nate just said, ‘What if we didn’t tell people ever?’”

Like Brissette and Ruelas, the Sharpes say they’re waiting for their kids to determine their genders for themselves.

But Lise Eliot, professor of neuroscience at the Chicago School of Medicine and author of Pink Brain, Blue Brain, warns that it won’t be easy. “Once your child meets the outer world, which may be daycare, or preschool, or grandparents—it’s pretty much impossible to maintain a gender-free state,” she said in an email. “And depending on how conventional your community is, you could be setting your child up for bullying or exclusion.”

In fact, the mere hint that a person intends to raise their child without adhering to gender norms still tends to send both the press and the public into a frenzy. In January, actress Kate Hudson started an internet fire when she told an interviewer that she planned to raise her daughter, “individually regardless—like a genderless [approach].”

She later clarified her statement, explaining that she was responding to a question about whether it was different raising girls than raising boys.

“This whole clickbait tactic of saying I’m raising my daughter to be ‘genderless’ is silly and frankly doesn’t even make sense,” she wrote on Instagram. “I just try to raise my kids to be good people with the best tools to face this big crazy world.”

Brissette and Ruelas, meanwhile, have turned to the National Center for Transgender Equality for help in their case. Gillian Branstetter, a representative for the organization, said they are “working with this family to try to resolve this issue,” but declined to share its strategy, citing concerns that doing so could interfere with an already delicate process.

As a tomboy in second grade, Brissette recalls being given an ultimatum by a gang of schoolgirls—“Shave your legs or wear pants all year”—and the scars that dry-shaving left behind.

“I remember clearly thinking, ‘This can’t be right. Why does anyone have to do this to be a girl?’” Brissette said.

Brissette stresses that this is not a political action, but an effort to let Azul avoid similar caustic results of traditional gender training.

“I just don’t want to set this person up to be either emotionally stunted as a boy or physically limited as a girl,” Brissette said.

“I had longtime dreams of having a kid and having a certain kind of relationship with my son or daughter,” Ruelas added. “Then I realized that all those ideas were about me, not my kid. This is about wanting Zu to have their own life and be their own person.”

Halston Fisher Has 62,000 Instagram Followers–She Just Hasn’t Been Born Yet