Home Crime Art of the Steal: The Dirty Low Down on Auto Thefts and... 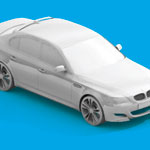 Who Gets Burgled The Most?

Burglaries are down by 20 percent in L.A. County and more than 30 percent in the city. But at more than 17,000 a year, there are still plenty to go around.

Renters are burgled at a rate that’s about 50 percent higher than that for homeowners.

Breakdown of a Break-In: Four Facts You Should Know

Stop Signs
A security sign in the front yard and stickers on your windows do lower the odds of burglary. But the LAPD can’t attest to whether security systems themselves make a difference.

Points of Entry
Burglars slip through an unlocked door or window in 40 percent of cases. Forcible entry through a door is the most common form of access when a house has been locked tight

The Big Bump
Used by locksmiths, a “bump” key opens 90 percent of traditional door locks. And with help from the Web, it’s easy to make. Locksmiths, though, can install locks that are impervious to bump keys.

Hot Items
Purses, wallets, credit cards, and cash are the first to go, followed by electronics (a laptop worth $1,000 can pawn for $50 to $100) and jewelry (which often lands in the Jewelry District).