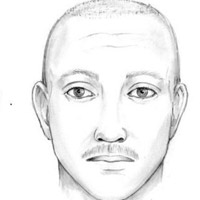 In what was a break in the Dodgers Stadium beating case, Giovanni Ramirez, 31, was arrested in East Hollywood yesterday morning for assaulting Bryan Stow in the parking lot of Dodger Stadium on March 31. Ramirez, a documented gang member, is being held with bail set at $1 million.

According to the LAPD, another man and a woman suspected of involvement in the attack that left Stow with significant brain damage remain at large. Detectives are asking the public to continue providing information that could lead to their arrests.