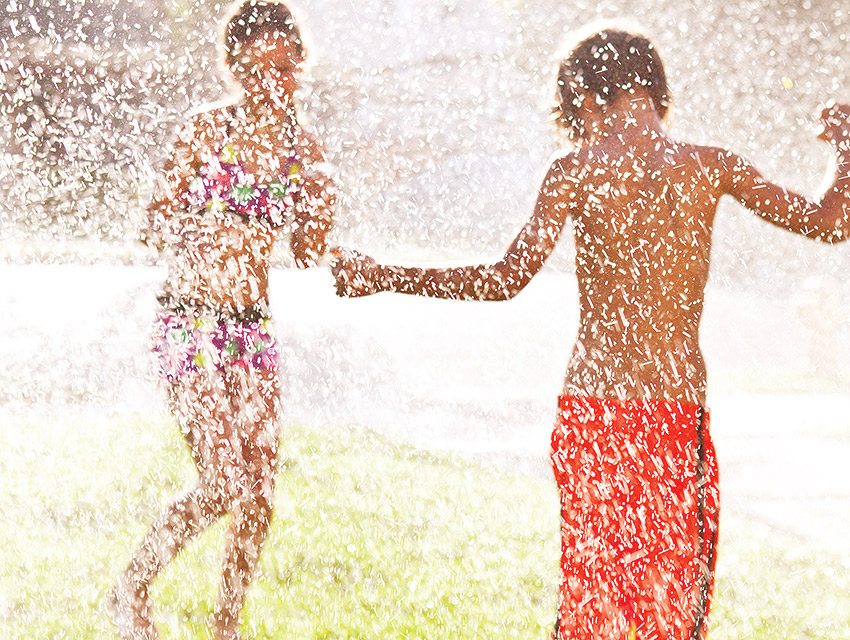 This summer, as California staggered through year three of what is the worst drought in the state’s recorded history, and as Governor Jerry Brown’s administration imposed fines on water-wasting homes and businesses, the Los Angeles Department of Water & Power beefed up its Water Conservation Response Unit by 300 percent. Instead of one single inspector patrolling 500 square miles, there is now a total of four. By contrast, the Los Angeles Department of Transportation employs 560 full-time parking officers to beat you to that expired meter.

The LADWP is the largest municipal utility in the United States, serving 4 million residents. That means each of the new water cops will be tasked with enforcing water conservation among 1 million human beings. Unless a neighbor rats you out for dousing the lawn when it’s not your watering day, it’s likely you’ll get away with it. Even if a department inspector does catch you violating a city or state conservation restriction out of ignorance or blithe disregard, that doesn’t necessarily mean you’ll suffer any financial consequences. “Our first encounter with customers is an educational discussion, providing them with literature and information and talking to them about the drought if they’re not aware of it,” says Penny Falcon, the LADWP’s manager of water conservation policy. Customers caught a second time receive a warning letter. Only when they become three-time offenders are they charged a $100 fine, with steeper ones to come.

If it’s news to you that there are designated watering days (determined by odd- or even-numbered street addresses), you’re not alone. Powerful homeowner incentives exist, including free water-saving showerheads, rebates for water-saving washing machines and toilets, and a cash-for-grass-turf program. But the LADWP’s attempts at consciousness raising have been undermined by a paucity of boots on the ground, a lackluster public awareness campaign that has left many of its customers clueless, and a reluctance to lead by example. At the height of summer, four months after Brown issued an executive order directing all California residents to mothball fountains that don’t use recycled water, the district was still operating its monumental Mulholland Memorial Fountain in Los Feliz—replenishing all of the fresh water the 50,000-gallon-capacity basin kept losing to the punishing heat. That could explain why, from February to June of this year, LADWP customers lowered their water usage by only about 2.4 percent compared with the same period in 2013. During that time, the Water Conservation Response Unit imposed no fines. That none were necessary is hard to swallow.

Everything You Need to Know About the FBI Investigation of the L.A. Department of Water and Power