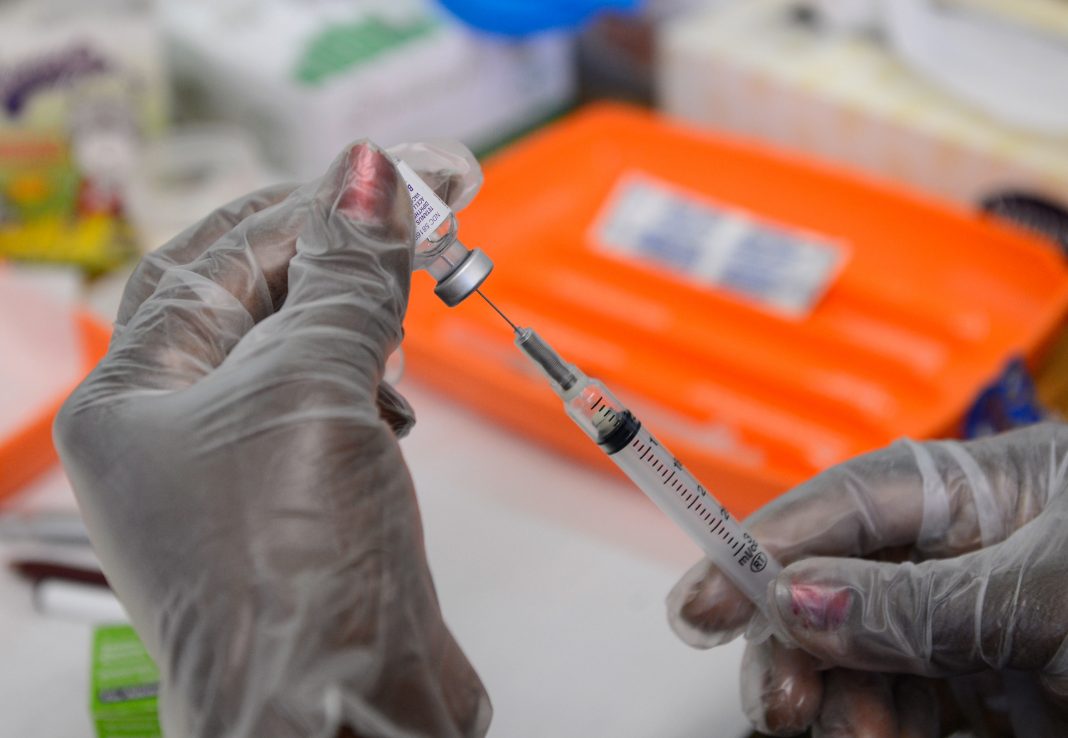 In late February dozens of students at the tony Harvard-Westlake School  contracted an illness that most teenagers encounter only when they read Charles Dickens: whooping cough. The outbreak was another troubling reminder that online anti-vaccine propaganda has become a real-world public health threat. Growing numbers of skeptical parents are using social media to share unvetted information and to find local doctors who are willing—for a price—to provide the paperwork necessary to dodge California’s vaccine mandates. As lawmakers eye their regulatory options, search engines and media platforms are finding themselves under pressure to slow the spread of anti-vax content.

In 2015 California passed a law mandating vaccinations for children enrolling in public or private schools, eliminating the ability of parents to opt out of treatments based on personal beliefs. With that law in place, the only way for a child to legally avoid vaccination is by getting a medical exemption from a licensed medical doctor. But the law is vague about what medical conditions qualify for a legal exemption, so many skeptical parents are turning to private Facebook groups to find doctors willing to play fast and loose with the process.

“We are seeing physicians who don’t typically treat children signing vaccination exemptions—including dermatologists, surgeons, and physicians at medical marijuana dispensaries,” says Dr. Salini Mohanty, a postdoctoral fellow at the University of Pennsylvania who studies the anti-vax movement. “Without more specific guidelines on what is considered a scientifically valid reason to be medically exempt from a vaccine, it’s really up to the discretion of the physician.”

To secure an exemption, a doctor might ask for a flat fee as low as $99; others have allegedly charged $300 for a temporary status that requires renewal every three months. Parents often arrive at the consultations armed with sample forms and even scripts they found online.

Taking a page from the internet troll handbook, a few anti-vaxtivists are even waging vicious online campaigns against parents who have lost children to vaccine-preventable diseases like measles and the flu. The parents believe they are targeted because the stories of their kids make compelling arguments for the value of vaccines. One mother, Jill Promoli, who lost her son to flu, was overwhelmed with attacks from strangers who accused her of lying and poor parenting. She has since launched a site to help other families facing similar struggles.

The use of social media to share anti-vaccine rhetoric and attack families who have lost children has caught the eye of lawmakers, including Los Angeles-area Rep. Adam Schiff, who submitted a letter to Facebook CEO Mark Zuckerberg that blasts the platform for allowing the spread of potentially dangerous information.

“The algorithms which power these services are not designed to distinguish quality information from misinformation or misleading information, and the consequences of that are particularly troubling for public health issues,” Schiff wrote. “If a concerned parent consistently sees information in their Newsfeed that casts doubt on the safety or efficacy of vaccines, it could cause them to disregard the advice of their children’s physicians and public health experts.”

In response to Schiff’s letter, Facebook announced in March that it would be taking stronger action to keep harmful content off the platform. Steps will include burying the search ranking of anti-vax groups and rejecting paid advertisements that stoke fears about vaccinations.

“We are exploring ways to give people more accurate information from expert
organizations about vaccines at the top of results for related searches, on pages discussing the topic, and on invitations to join groups about the topic,” wrote Monika Bickert, Facebook’s vice president of global policy management.

Other online platforms have enacted similar policies. YouTube has moved to “demonetize” all anti-vax videos—meaning the channels making the content can no longer accept advertising and thus can’t profit off such views—and added a banner displaying verified information about vaccine safety under anti-vax videos. The company has said that it’s also altering the algorithms that previously served questionable clips after more mainstream medical content. After Pinterest discovered that 75 percent of its vaccine-related content was posted by anti-vaxxers, the site modified its search function so those items no longer appear. Even GoFundMe has banned anti-vax fundraisers.

Vaccine skeptics may be a small portion of the population, but their numbers are growing quickly enough that outbreaks of measles and other preventable illnesses have become a staple of news headlines. The Centers for Disease Control estimates that about 100,000 infants in the U.S. are unvaccinated, a number that’s spiked dramatically in the last decade. In response, the World Health Organization named vaccine hesitancy—defined as “the reluctance or refusal to vaccinate despite the availability of vaccines”—as one of the ten threats to global health that the group is targeting in 2019, along with Ebola, HIV, and a global influenza pandemic.

RELATED: What It’s Like to Be Labeled an Anti-Vaxxer in L.A.