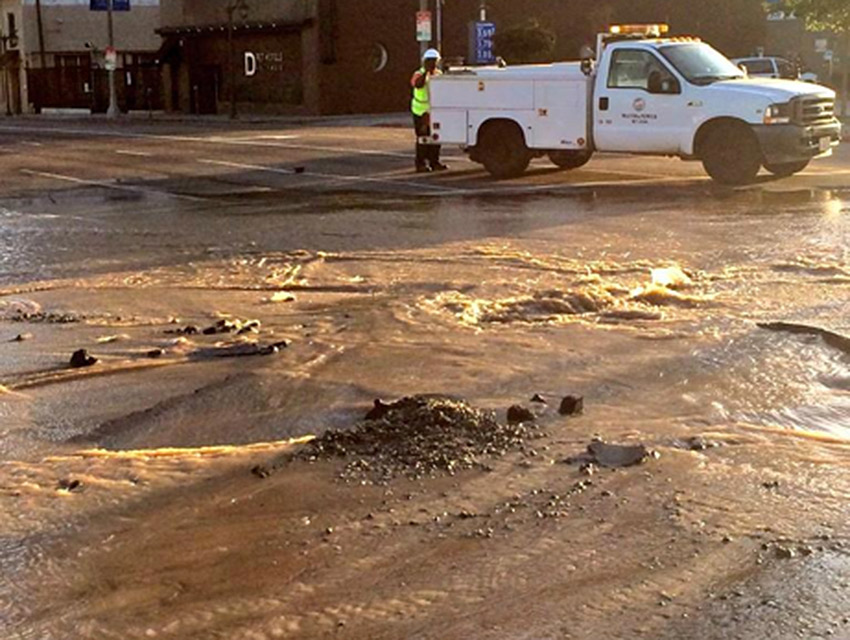 It has to be said: This is getting ridiculous.

Barely a day after reports of flooding near the Grove early Sunday morning, the intersection of Santa Monica Boulevard and Highland Boulevard will be shut down for several hours due to a water main break, according to LAPD Captain Dave Storaker.

Today’s break is lucky number three when it comes to substantial inundation caused by faulty plumbing—last month, a pipe burst in West Hollywood shutting down a section of Sunset Boulevard, and back in July, parts of UCLA’s campus were submerged under nearly 20 million gallons of water.

Los Angeles has 7,289 miles of pipes running under the city. Per Fred Barker, LADWP manager of water transmission operations, 290 miles of those pipes were built before 1915. (For those of you whose math is a tad rusty, that makes many of them over 100 years old.) An article in Bloomberg asserts that bringing our ailing system back from the brink could cost upwards of $4 billion—over half of the city’s entire operating budget. But hey, on the sort-of-bright side, there were about 1,000 water main breaks in L.A. in 2013, a 40 percent decrease since 2006.

Here are a few tweets from today’s scene, courtesy Storaker:

4 Bus-Only Lanes That Would Change the Way People Get Around L.A.