Home Media Is Anna Wintour Going Out of ‘Vogue’? 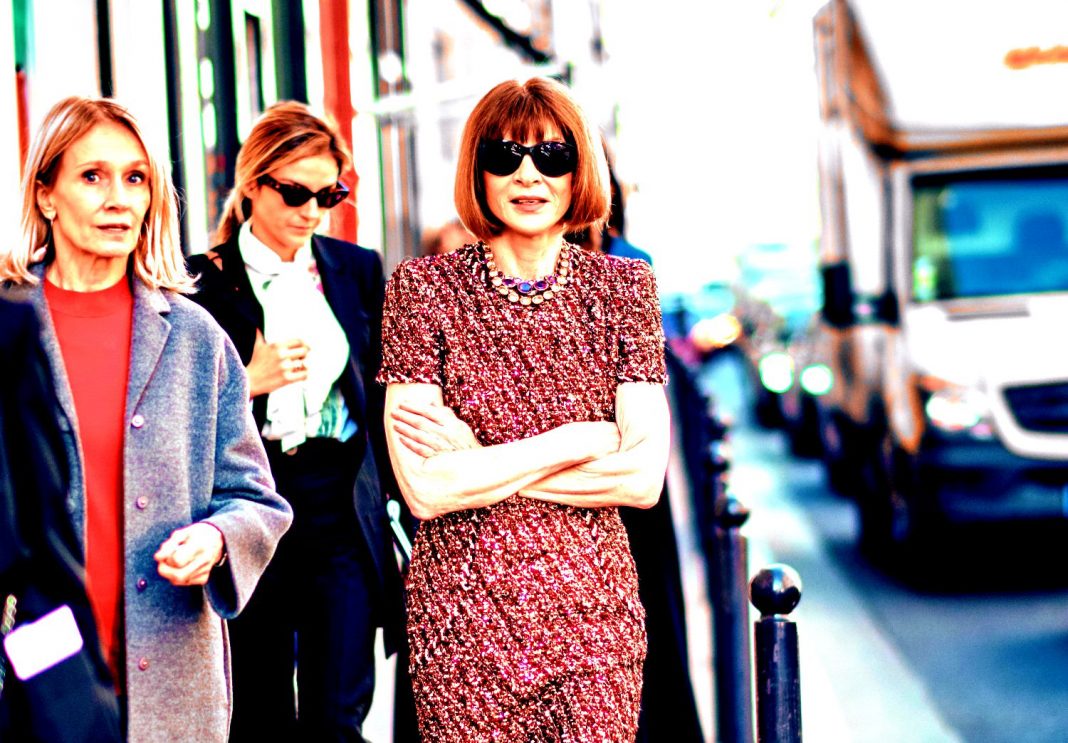 The tsunami of outrage unleashed by the murder of George Floyd has already toppled some of the most powerful media figures in the country, including the opinion editor of the New York Times and top editors at Bon Appétit, the Philadelphia Inquirer, and Refinery 29.

Now there are growing rumblings that the protests may soon claim an even more powerful figure—Vogue’s legendary editor-in-chief Anna Wintour.

For the past two days, rumors are have swirled around New York’s media circles that the 70-year-old Wintour, who’s presided over the American fashion bible for 32 years, is soon planning to announce her resignation from the magazine. Two well-placed publishing insiders tell us that her replacement at Vogue will be Edward Enninful, the 48-year-old Black editor who currently runs British Vogue. But if Wintour does, in fact, depart Vogue, sources say she won’t be vacating the building altogether—she will retain her position as artistic director of Vogue’s parent company, Condé Nast, a job she stepped into in 2013.

If reports are true, Wintour’s departure would be a bombshell in both the media and the fashion worlds, where she has loomed as a larger-than-life figure for more than 40 years. But for close observers of Condé Nast, her exit from Vogue wouldn’t come as a huge surprise. Questions about Wintour’s future at the company dominated a tense all-staff call on Friday, where Conde Nast CEO Roger Lynch addressed a volley of complaints about Wintour’s hiring practices and her continued role as a member of the company’s “diversity committee.”

For most of her career, Wintour has been the most powerful woman in fashion, seemingly impervious to occasional slings from her critics. But over the past year, the flinty figure who inspired The Devil Wears Prada has come under increasing fire. As Condé Nast shed magazines and the company’s revenues plunged, New York magazine, the New York Times, and the New York Post have run lengthy stories that questioned whether Wintour was losing her grip.

Then, in mid-May, longtime Vogue contributing editor André Leon Talley, whose new book The Chiffon Trenches recently landed on the New York Times best-seller list, made headlines when he accused Wintour, his close friend and boss of 30 years, of abandoning him and blamed her for perpetuating a racist environment at Conde Nast and across the broader fashion world.

Vogue has long been rapped for its lackluster coverage of Black women and for the dearth of Black models on its covers—Beyoncé and Kanye, who appeared with wife Kim Kardashian, were two exceptions to the rule. But amid recent Black Lives Matter protests, the criticism has dramatically escalated. Last week, a number of former Vogue staffers and editors tweeted about racial hypocrisy at the magazine. “I will say this: my time at Vogue, at Condé Nast, was the most challenging & miserable time of my career,” wrote Shelby Ivey Christie, who worked in Vogue’s digital marketing department. “The bullying & testing from white counterparts, the completely thankless work, the terrible base pay & the racism was exhausting.”

In response to a growing chorus of complaints, Wintour recently sent out a memo to staffers owning up to the magazine’s longtime lack of diversity, and acknowledging her own “intolerant behavior.” In her email, she took “full responsibility” for not hiring enough Black creatives, and acknowledged the pain that Vogue employees of color are feeling in the wake of George Floyd’s death.

But her memo may not have been enough, especially in light of the recent changes that are shaking up the media industry. Earlier this week, Harper’s Bazaar, Vogue’s most ardent competitor, finally announced the appointment of a new editor-in-chief to fill the post vacated by Glenda Bailey. Samira Nasir, who is taking over at Bazaar next month, will be the first Black editor-in-chief in the magazine’s 153-year history. Her appointment follows the April hiring of Nekesa Mumbi Moody as the new editor-in-chief of The Hollywood Reporter. Moody, formerly the global entertainment and lifestyles editor at the Associated Press, is the first Black editor to run one of Hollywood’s top trades.

Anna’s apologia did not much impress her critics, including André Leon Talley. In an interview with Sandra Bernhard on her Sirius XM radio show, Talley blasted his old friend as “a colonial dame. . . . She’s part of an environment of colonialism. She is entitled, and I do not think she will ever let anything get in the way of her white privilege.” He speculated that Wintour’s rare about-face had been provoked by Samira Nasir’s ascendance at Bazaar. “[Wintour’s] power base has been somewhat affected by the competition of this young, African-American presence. Clearly that statement comes because this girl is going to run competition rings around her.”

As publications across the media landscape have taken heat for their lack of diversity, Condé Nast CEO Roger Lynch agreed that he and the company’s other leaders should have been more proactive about affecting change. “I think if people had used the internal channels and raised concerns about this earlier on, we would have been able to address them,” he said in a memo to the company’s staff. He promised to open up top jobs to a more diverse range of talents.

Wintour’s rumored replacement would certainly fit the bill. As the first Black editor of British Vogue, the 48-year-old Enninful has been widely praised for his boldness and diversity. In 2016, he was made an Officer of the Most Excellent Order of the British Empire by Queen Elizabeth II for his contributions to the fashion world.

But while many fashion insiders are confidently predicting Enninful’s imminent arrival, others warned that the gossip may be a tad premature. People have been talking about the rivalry between Anna and Edward for a long time now,” says a well-placed Condé insider. “It’s always just about to happen, but somehow it never does.”

Another source close to Wintour agrees, but speculates that this time may be different. “Edward is her obvious successor, and this would certainly be a perfect time for a change,” the source says. “I would never count Anna out, but she has been vulnerable for a long time now. The combo of André’s book and the Floyd moment may be the coup de grace.”

RELATED: A Running List of the People, Places, and Things That Have Been Toppled as the Country Reckons with Racism