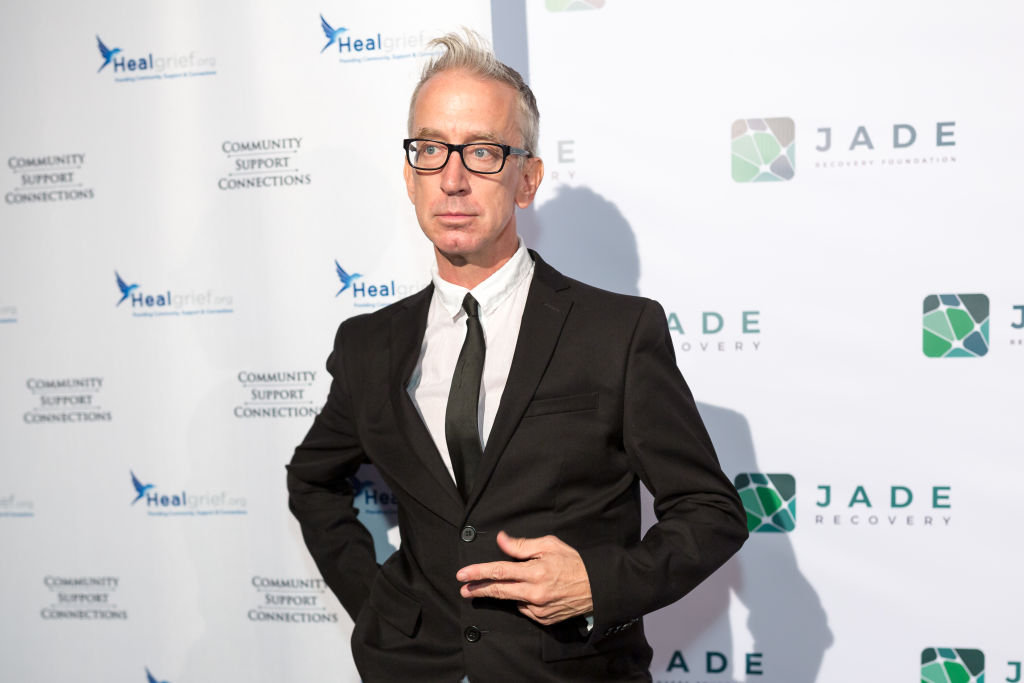 TMZ reports that a man entered Andy Dick’s downtown Los Angeles art gallery late on Monday night, after standing outside waving a gun. Upon entering the gallery, where the comedian and another person were working, a shot was fired, hitting the gunman in his own head. Few details have been confirmed, but some witnesses are said to have stated they believed the shot was fired by accident and not an intentional act of self-harm.

The gunman survived the initial injury and was taken by paramedics to a local hospital where he remains on life-support, according to TMZ. In a video from the scene, Dick can be seen visibly distraught over the alarming incident. He has not issued a formal statement about the events.

Dick opened the gallery, DïCK, in August 2019. The space is located within the Medallion Building, an apartment complex at 334 S. Main Street. In June of 2018, Dick was charged with misdemeanor sexual battery for groping a woman on an L.A. street, and was sentenced to 14 days in jail. He had previously been arrested on groping or battery charges in 2010 and 2008, indecent exposure in 2004, and driving under the influence and drug possession in 1999.

RELATED: A For-Profit Firm Accused of Child Abuse Wants to Open a Center for Migrant Youth in Los Angeles