Home Politics Andrew Yang Is Out of the Presidential Race 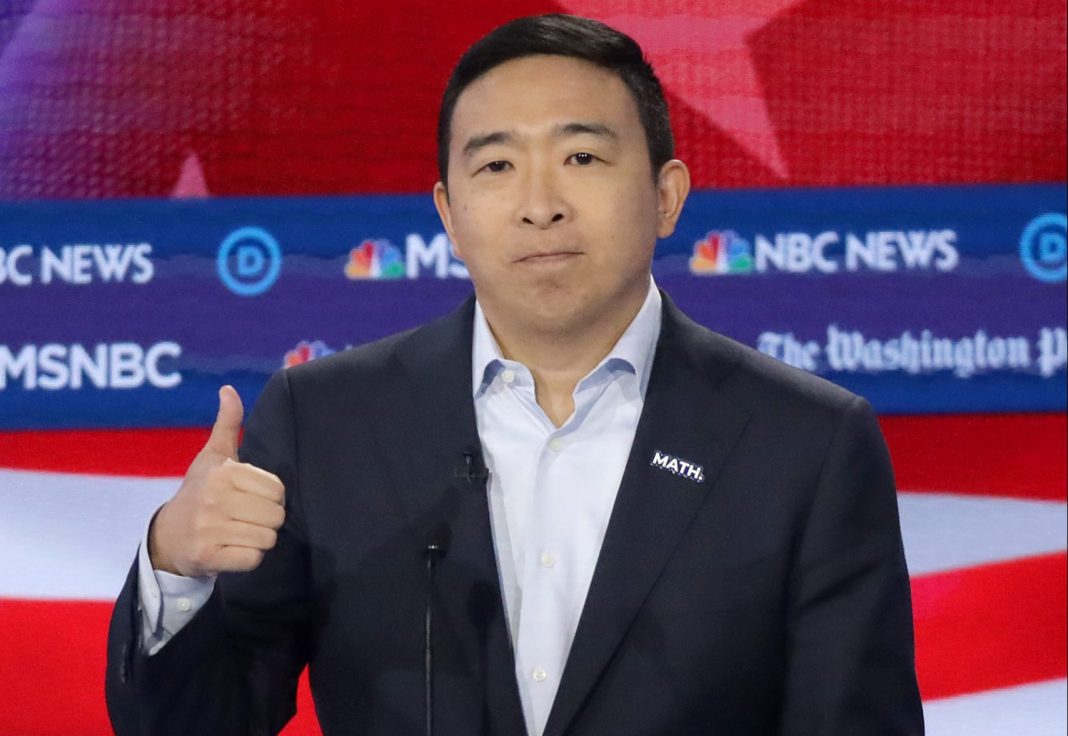 Looks like Andrew Yang will be disbanding the Yang Gang. The outsider candidate has suspended his bid for the presidency.

Results from the New Hampshire primary are still coming in, but Yang appears to be trailing his competitors in votes tabulated so far. Going into today, his campaign was describing the primary as a sort of last chance, with a good showing considered essential to build momentum going into the next phase of primaries.

“It’s a little bit like a playoff race where you need to get above the people that are ahead of you in the standings, so we need to climb the ranks,” Yang told NBC earlier today. “Right now, we’re polling at sixth. We want to get up to fifth, fourth, even third.”

As results stand now, he has received just 3 percent of the votes, tying him with Tom Steyer and Tulsi Gabbard near the bottom of the pile.

Things had been looking dire at the Yang campaign even in the days before New Hampshire. In addition to a showing in Iowa that the candidate himself dubbed “a black eye,” there were reports of sudden staff layoffs and other internal chaos.

During his campaign, Yang made several stops in Los Angeles. In December, he joined actor Donald Glover for a Yang-themed streetwear launch at a boutique on Fairfax. At an April rally downtown, he drew an eclectic crowd, including some self-indentifying members of the alt-right, one of whom justified his support for the Democrat, saying, “In Andrew Yang’s America, all the white guys who have been chased into poverty because they have politically incorrect views are getting $1,000 a month.”

While Yang’s supporters may not have been numerous, they were passionate, and it will be interesting to see if those voters happily move on to a second choice. It’s not clear who, if anyone, Yang himself will throw his support behind, but analysts will be watching.

“Yang’s endorsement could be consequential if he makes one before Super Tuesday,” journalist Joshua Darr wrote on Five Thirty Eight.

RELATED: CNBC Ran a Photo of Some Other Man Named Yang Instead of Andrew Yang