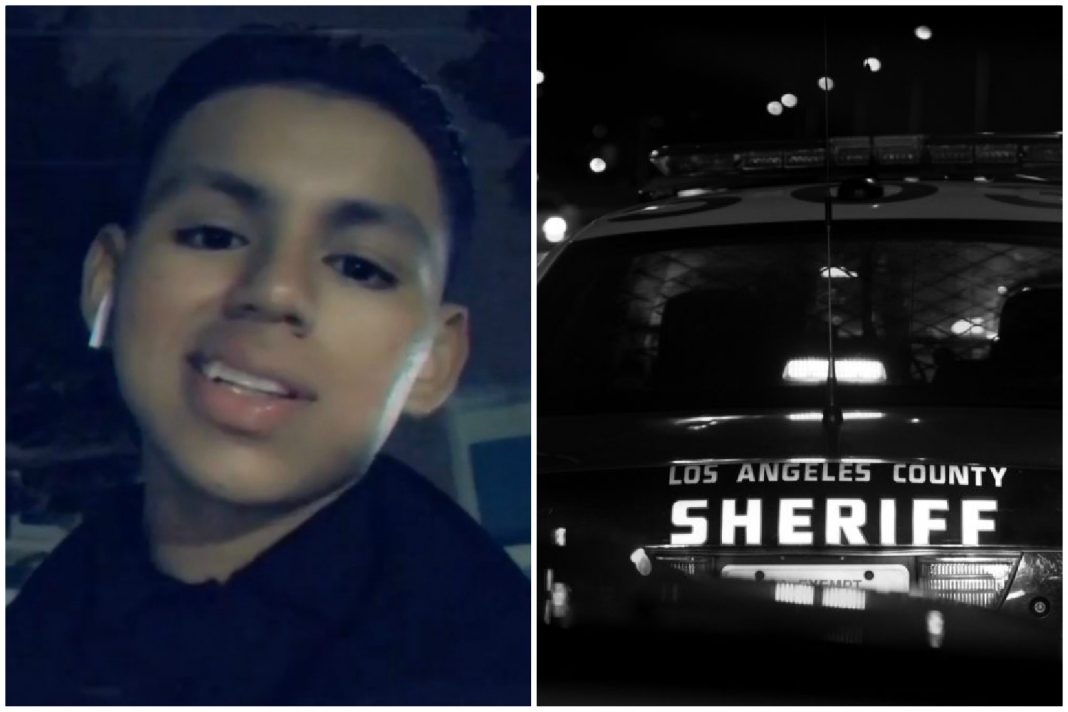 UPDATE: JULY 10, 2020 – In an unusual move, the Los Angeles County Coroner has chosen to defy a “security hold” placed on the autopsy of Andres Guardado. The hold was ordered by the Sheriff’s Department.

“After careful thought and deliberation, I am releasing the autopsy report of Andres Guardado Pineda. In doing so, I have given careful consideration to the major variables in this case–supporting the administration of justice, as well as the public’s right to know,” he wrote. “I do not believe that these are mutually exclusive ideals. Both are important, particularly amid the ongoing national discussion about race, policing and civil rights. I believe that government can do its part by being more timely and more transparent in sharing information that the public demands and has a right to see.”

Guardado’s death was a homicide, he rules.

Details of his report appear similar to the findings of an initial report released by Guardado’s family earlier this week. It appears the 18-year-old was shot multiple times by a sheriff’s deputy, and was pronounced dead at 6:01 p.m. on June 18. A toxicology report shows no evidence of drugs or alcohol.

Supervisor Mark Ridley-Thomas told the Los Angeles Times that he finds it “deeply troubling” that the LASD has yet to send documents about the investigation to the Office of the Inspector General.

“I commend the Coroner for upholding the autonomy and integrity of his office by releasing the autopsy report of Andres Guardado, despite attempts to block its release,” Ridley-Thomas stated. “The community deserves to know the facts. This is a matter of public interest and public trust.”

UPDATE: JULY 8, 2020 – Initial findings from an independent autopsy conclude that 18-year-old Andres Guardado was shot in the back five times, according to attorneys representing his family. The victim’s family requested the independent autopsy after the Los Angeles County Sheriff’s department placed an indefinite “security hold” on the coroner’s official report.

The autopsy found evidence of a sixth, superficial wound, a graze to the forearm, with a forward trajectory, the Los Angeles Times reports. Forensic toxicology reports showed no evidence of drugs or alcohol.

Guardado’s family attorneys assert that the report supports their understanding that the shooting was “unjustified police violence against an innocent young man.”

The deputy who shot Guardado has been identified as Miguel Vega. Vega was accompanied by a second deputy, Chris Hernandez, who is believed not to have fired. Attorneys for Vega and Hernandez have told the Times that the June 18 shooting was justified, but no official explanation for what happened or what action by Guardado might have justified the use of force has been provided.

JUNE 23, 2020 – Many questions remain unanswered in the fatal shooting of Andres Guardado at the hands of a Los Angeles County Sheriff’s Department officer. The department has not released an official statement explaining the deputy’s use of deadly force in the incident, and now the LASD has placed a “security hold” on a coroner’s autopsy, which was expected to be conducted on Monday.

What is known so far is that 18-year-old Guardado was killed at around 6 p.m. on Thursday, while working as a security guard outside an auto body shop in Gardena. As a security guard, Guardado was armed but, the Los Angeles Times reports, even the deputies involved “don’t believe” he ever fired the weapon. It seems that Guardado was fleeing from the officers when they pursued him on foot, chased him between two buildings, and then fired several shots.

“We had a security guard that was out front, because we had just had certain issues with people tagging and stuff like that,” Andrew Heney, owner of the Freeway Auto Body Shop told CBS Los Angeles. “And then the police came up, and they pulled their guns on him and he ran because he was scared, and they shot and killed him. He’s got a clean background and everything. There’s no reason.”

Protests over the weekend, including Sunday’s large rally outside the LASD station in Compton, have brought additional attention to the case.

“People are hurting and they are tired of excuses,” Compton Mayor Aja Brown wrote in a statement. “I strongly urge the L.A. County Sheriff’s Department to address this incident immediately and provide answers for the family and our community.”

On Monday, the California Attorney General’s office received a formal request from Sheriff Alex Villanueva to monitor the investigation, which will continue to be conducted by LASD staff.

Not everyone is satisfied with that arrangement. Leaders including Congresswomen Nanette Barragán and Maxine Waters and Los Angeles County Supervisor Mark Ridley-Thomas are among the voices calling for an independent investigation into the shooting.

Out of an abundance of caution, I reached out to @AGBecerra for monitoring of the Guardado investigation. I am committed to transparency and strengthening community faith in the investigative process.

Sheriff Villanueva tweeted that he is “committed to transparency” in regard to the case. Nonetheless, his office requested the “security hold” on the autopsy, which blocks the release of any information about coroner’s findings, and would not tell reporters why the hold was requested or how long it would be in place.

The Times notes that the use of holds on autopsy results is “not uncommon” in high-profile police shooting cases. When pressed for details, an LASD spokesperson would only tell the paper that “investigators wish to maintain the integrity of the investigation and premature release of information could jeopardize the case.”