Home Uncategorized An Update on The Mitrice Richardson Case 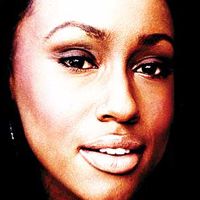 “I am speechless,” commented Reesee2003 after coming across Mike Kessler’s September 2011 feature, “What Happened to Mitrice Richardson?,” about the death of a young African American woman whose body was discovered a year after L.A. County sheriff’s deputies turned her loose in the middle of the night near Malibu. “I will keep [her family] in my prayers. I will also continue to follow this story.” So will we. In fact, we have an update for you now:

In its follow-up report, the Office of Independent Review cited poor communication as the reason deputies preempted coroner personnel by removing Richardson’s body from the scene.

Also, a reexamination of Richardson’s body failed to reveal the cause of death. Citing costs, officials declined to test bug-egg casings on her body to help pinpoint the location and time of death.

RELATED: Does Progress in the Kelly Thomas Case Mean a Standstill for the Mitrice Richardson Case and Others?