UPDATE: MARCH 22, 2021 – More than a year after announcing final plans to move, Amoeba Music will open its doors at its new location on April 1, 2021. The new, smaller shop is housed within the El Centro development near the Fonda Theater on Hollywood Boulevard.

To celebrate the grand opening, customers will receive a special poster designed by artist Ivan Minsloff with purchases (while supplies last) and can stop by an outdoor, live screen-printing station to take home a custom souvenir. 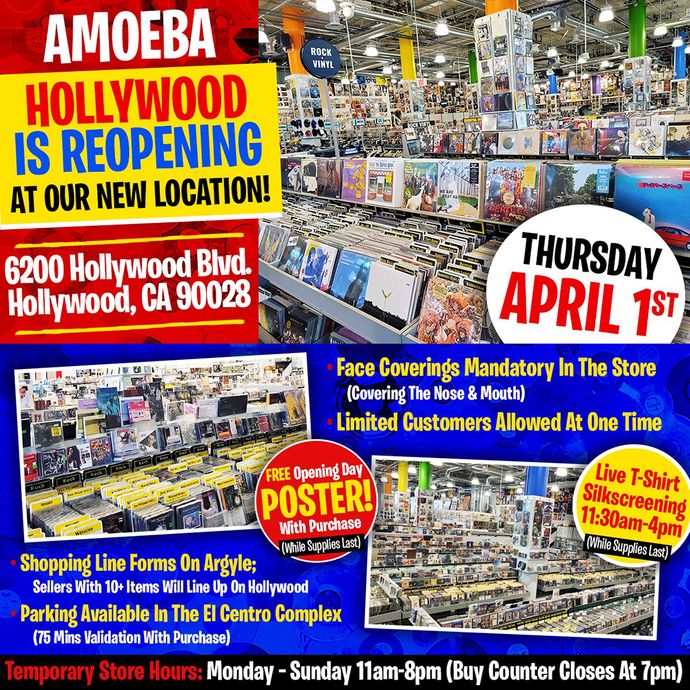 “We are so ready to safely re-open our doors to our amazingly supportive and loyal customers who have kept in touch with us during this unfathomable time,” Amoeba owner Jim Henderson said in a statement. “Nobody could have anticipated the challenges this year brought for the world and we’ve been eager to get back to what we do best – hosting the world’s biggest selection of music, movies and ephemera for the community of Los Angeles and beyond.”

FEBRUARY 5, 2020 –  As developers prepare to replace its current digs with a 26-story mixed-use development, Amoeba Music has finally announced that, come fall, it will set up shop at the corner of Hollywood Boulevard and Argyle Avenue in another mixed-use complex called El Centro. 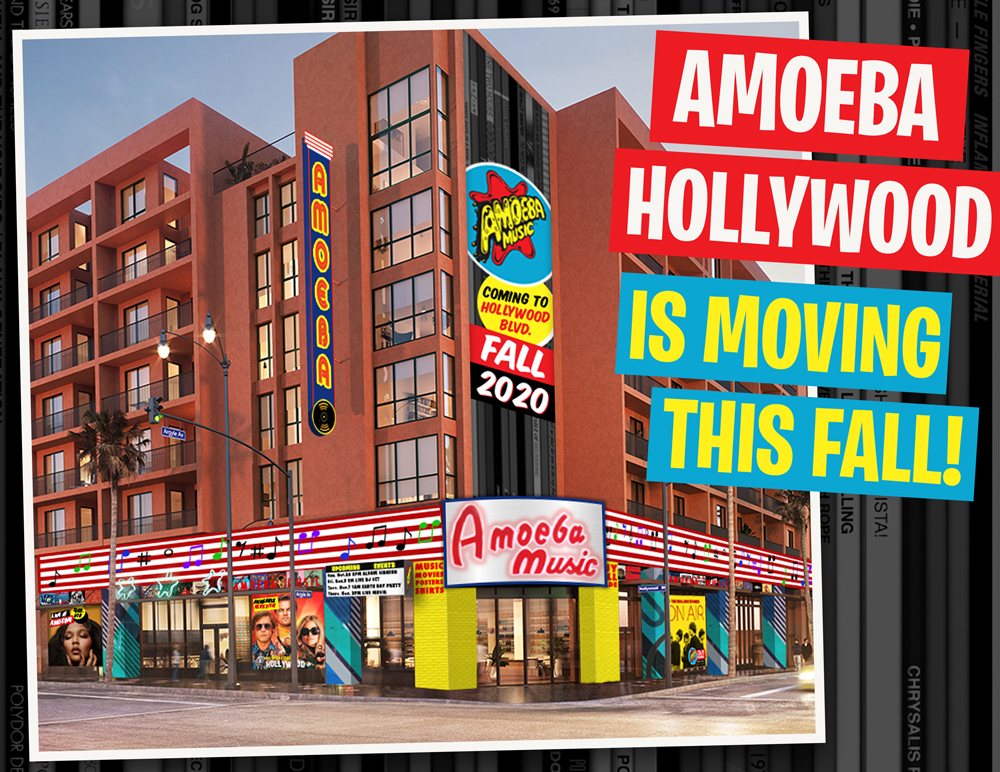 The iconic record store’s owners offloaded the building at Sunset and Ivar back in 2015, and have been on the hunt for a space ever since. The new location is slightly smaller than the cavernous current location (although they haven’t said exactly how much smaller), but it will still host in-store performances, DJ sets, and meet-and-greets, and “will house all the formats of goodies we carry now.”

They’ll also have some major synergy with their new neighbors. El Centro sits catty-corner from the Pantages and Frolic Room, and steps from the Fonda Theatre, that crazy new Funko Pop store, and the Hollywood/Vine Metro Station.

There isn’t an opening date quite yet, but the website says “sometime after Labor Day 2020.”

The sale of the current space has been a source of controversy since it was announced. Recently—and without the blessing of Amoeba’s owners—the AIDS Healthcare Foundation and the Coalition to Preserve L.A. filed a lawsuit to have the building designated as a protected “cultural resource” to keep it from being redeveloped. Amoeba co-owner John Henderson told the L.A. Times that the lawsuit “threatens the very existence of the business it is claiming to hope to preserve.”

Tyler. The Creator, who Amoeba enlisted to host a video tour of their new location, voiced a sentiment many likely share: “As long as Amoeba don’t close—that’s what I care about.”

RELATED: You Won’t See a Tower-Like Documentary About Amoeba Music

The Best Gifts for the Selfless Teacher In Your Life

Some of the Best Places to Pick Up Used Records in L.A.