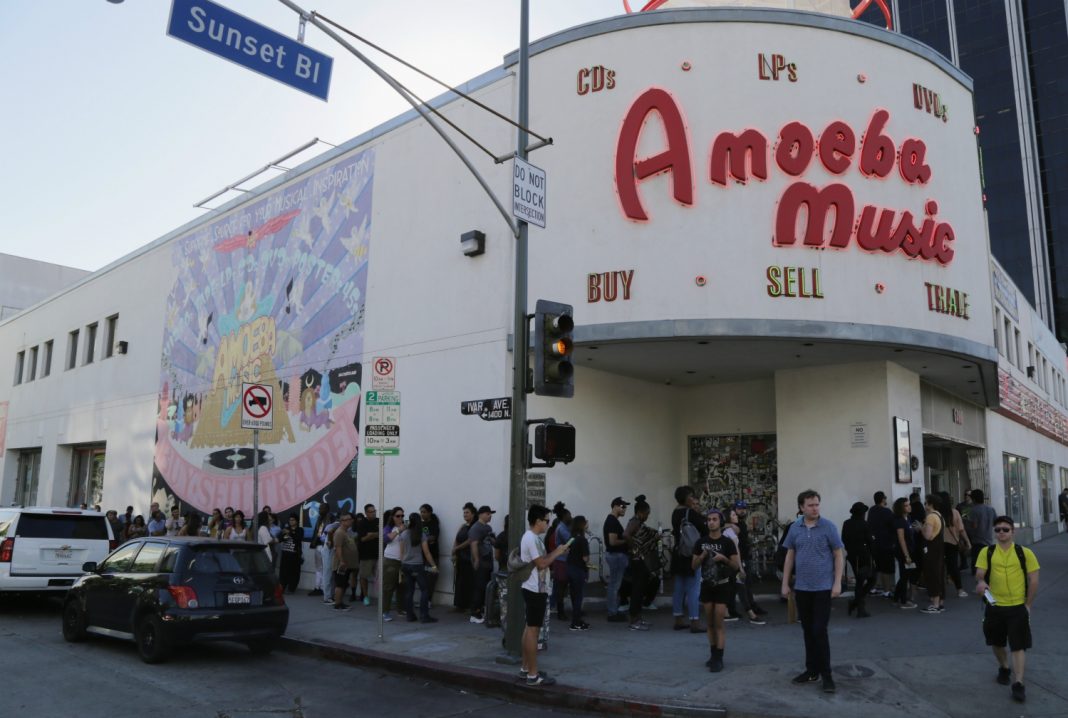 Amoeba Music co-owner Jim Henderson wants you to know he and his company had nothing to do with a recent lawsuit filed to designate the store’s Hollywood building as a protected “cultural resource.”

In a statement to the Los Angeles Times, Henderson wrote that the lawsuit “threatens the very existence of the business it is claiming to hope to preserve,” and that “using Amoeba without our consent in the battle against development is more likely to permanently close our doors than anything else we have faced to date.”

Amoeba opened at the Hollywood site in 2001. The company’s owners sold the building voluntarily in 2015, intending to reinvest the cash from the sale into opening another retail location and expanding into cannabis.

Henderson is worried about the current building receiving protected status for a number of reasons, among them that he hopes to reinstall the iconic neon signage at his new store when it opens, and protected status might require it to stay in place at the abandoned location.

GPI Companies, the developers that purchased the building, wants to redevelop the site into a 26-story mixed-use complex that would include hundreds of apartment units, a small portion of which would be designated as affordable housing. The plan was officially approved by the city in late June.

A month after the City Council approved the zoning changes necessary for the redevelopment to move forward, the AIDS Healthcare Foundation and the Coalition to Preserve L.A., an advocacy group funded by the AHF, filed a lawsuit claiming that the project does not include enough affordable housing units and that the building should be designated as a monument.

“If our legal actions succeed, the Amoeba owners have the option of buying the building back and preserving it for future generations or it can be sold to another company that is interested in preserving its mission,” foundation president Michael Weinstein told the Times.

The AHF has a long history of getting involved in development issues, particularly in the neighborhood around its headquarters office, which is just blocks down Sunset Boulevard from the Amoeba building. In 2016 the organization filed a similar lawsuit to quash an apartment development project around the Palladium concert venue. The following year, AHF became the main source of funds for the Measure S campaign, which would have blocked certain development projects across the city. The group’s stated motivation for opposing these high-density developments is to slow gentrification and preserve low-income housing.

RELATED: Amoeba Music Is Ready to Relocate–and Apply for a Marijuana Permit