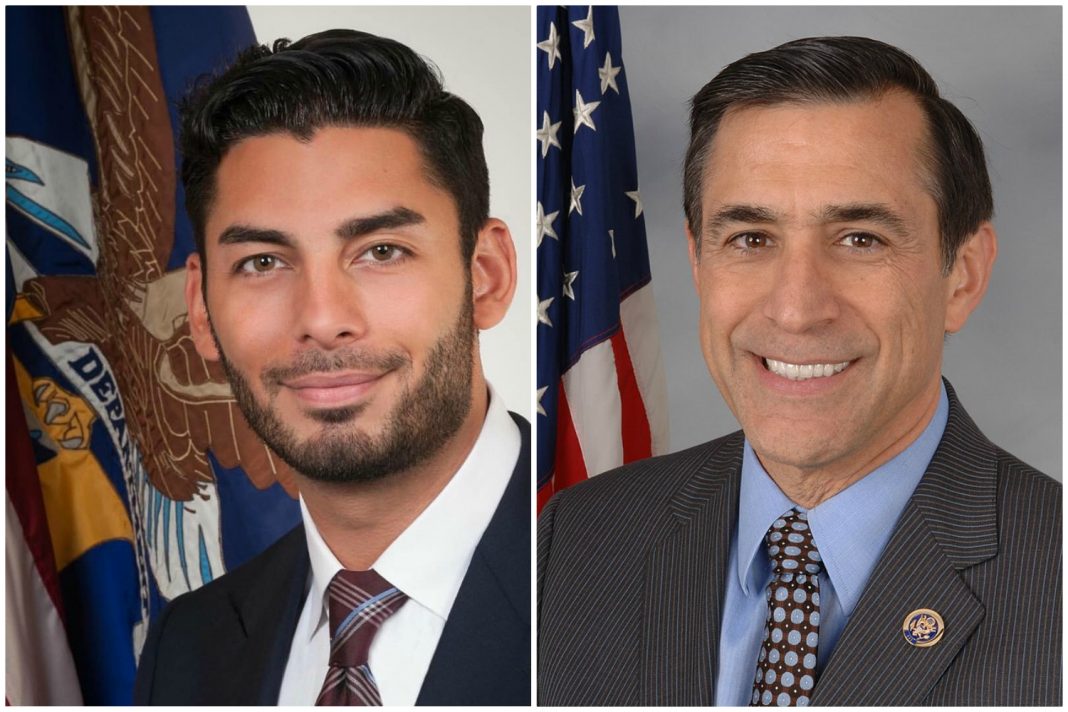 For much of the campaign season, numbers suggested that Democrat Ammar Campa-Najjar and Republican Darrell Issa were locked in a dead-heat to win California’s 50th Congressional District. Now, with just days to go before the election, a new poll suggests former Congressman Issa may have pulled significantly ahead.

The San Diego Union Tribue/10 News poll of voters in the 50th–a district that includes northern San Diego County and portions of Riverside County–shows Issa with an 11-point lead over his opponent.

While the poll shows Issa leading overall, Campa-Najjar was in the lead amongst the voters who reported that they had already cast their votes early. If turnout is lower among Issa voters, things certainly could still swing in Campa-Najjar’s favor.

This campaign is Campa-Najjar’s second for the seat; the former Obama administration official narrowly lost to incumbent Republican Duncan Hunter in 2018. Since that time, Hunter has resigned from Congress and been sent to prison on federal corruption charges. No special election was held and the seat has been vacant since Hunter’s resignation.

Historically the seat has been considered reliably conservative, but Hunter’s slim margin of victory in 2018 and the larger “blue wave” across the region had appeared to indicate it’s politics was shifting. A win by the Tea Party-affiliated Issa could suggest that voters have changed less than some had projected.

Issa represented the nearby 49th District in Congress from 2003 to 2019, but opted not to seek reelection to that seat in 2018. It was picked up by Democrat Mike Levin. As a longtime representative of the region, if not the exact district–and a high-profile and controversial national figure–Issa brings plenty name recognition which may help him with voters.

RELATED: Worried About Your Mail-In Ballot Arriving On Time? Here’s How to Track It