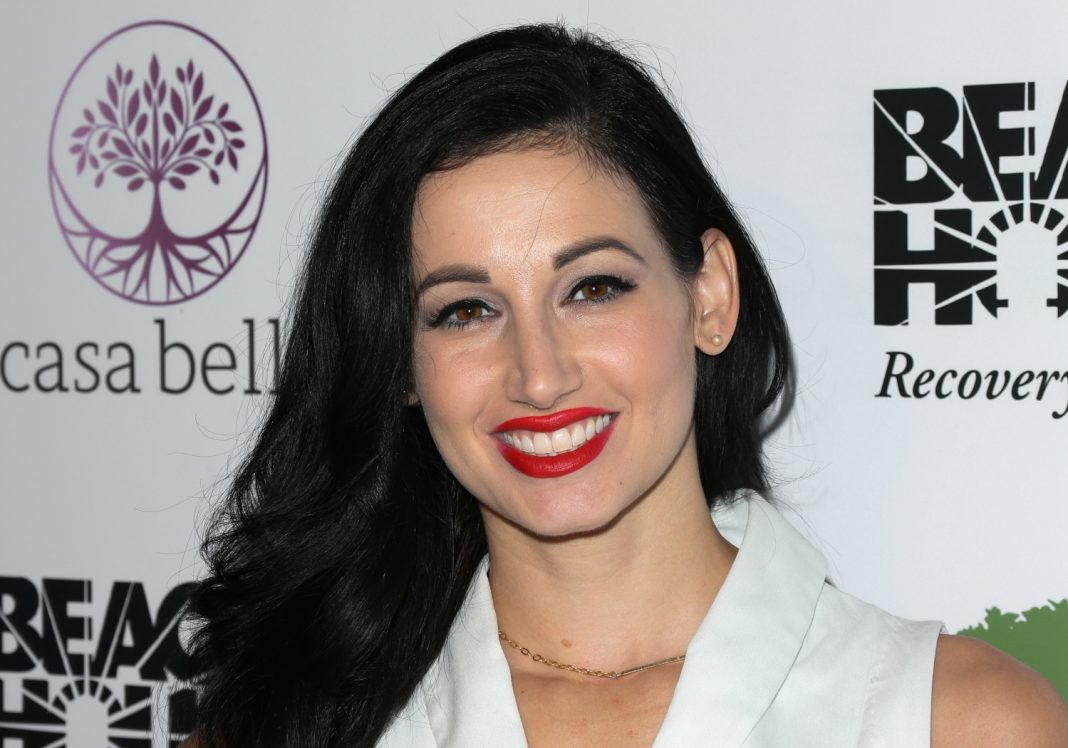 In her professional life, Hollywood sex therapist Amie Harwick counseled clients who’d dealt with domestic violence. On Saturday, February 15, Harwick was killed at her Hollywood Hills apartment, and police suspect it was at the hands of an ex-boyfriend.

At 1:16 in the morning on Saturday, police responded to a call of a “woman screaming” in the Hollywood Hills. According to a Los Angeles Police Department press release, “When officers arrived, they were met by a roommate who was in the street. He informed officers that the victim was being assaulted inside of the residence. The roommate jumped a wall and went to neighboring residences for help. When officers went to make entry, they found the victim on the ground beneath a third story balcony. The Los Angeles Fire Department transported the victim to a local hospital where she later died.”

The next day, police arrested 41-year-old Gareth Pursehouse of Playa Del Rey for murder. According to police, “The investigation revealed possible evidence of a struggle in the upstairs as well as forced entry to the residence.” Detectives reportedly learned that Harwick had recently expressed that she was afraid of Pursehouse, against whom she’d previously filed a restraining order. That order had recently expired.

Harwick, 38, was a licensed marriage and family therapist, and sex therapist. She earned her BA in Psychology from California Polytechnic University, an MA in Clinical Psychology from Pepperdine University, and a PhD from the Institute for the Advanced Study of Human Sexuality in San Francisco. She was a member of the American College of Sexologists, and ASSECT/The American Association of Sexuality Educators, Sex Therapists and Counselors.

Dr. Hernando Chaves, a marriage counselor and sex therapist in Los Angeles who was a colleague and friend says, “Dr. Harwick and I had numerous mutual clients and we referred clients to each other. Clients have reported back that she was compassionate, supportive, and trusted. She was respected in our field.”

Dr. Ava Cadell, a Los Angeles Sexologist who mentored Harwick through her doctoral dissertation says, “She really did have it all, including star power. And she was a fantastic speaker. I thought she should have her own TV show. She would have loved that. My heart is breaking from the terrible news that she was attacked and murdered an hour after Valentine’s Day. Her only weakness was choosing unhealthy relationships with men.”

Harwick was once engaged to actor-comedian Drew Carey. Asked for comment on Harwick’s death, Carey tells Los Angeles, “Amie and I had a love that people are lucky to have once in a lifetime. She was a positive force in the world, a tireless and unapologetic champion for women, and passionate about her work as a therapist. I am overcome with grief. I would like to thank you in advance for giving myself and everyone who loved Amie privacy while we try to work through this tragic situation.”

Even though a suspect has been apprehended, police are still seeking people who may have more information about Saturday’s events and the relationship between Harwick and Pursehouse: LAPD-West Bureau Homicide, (213) 382-9470.