Home Health You’ve Seen Them on the Road, but What the Hell Is Ambulnz? 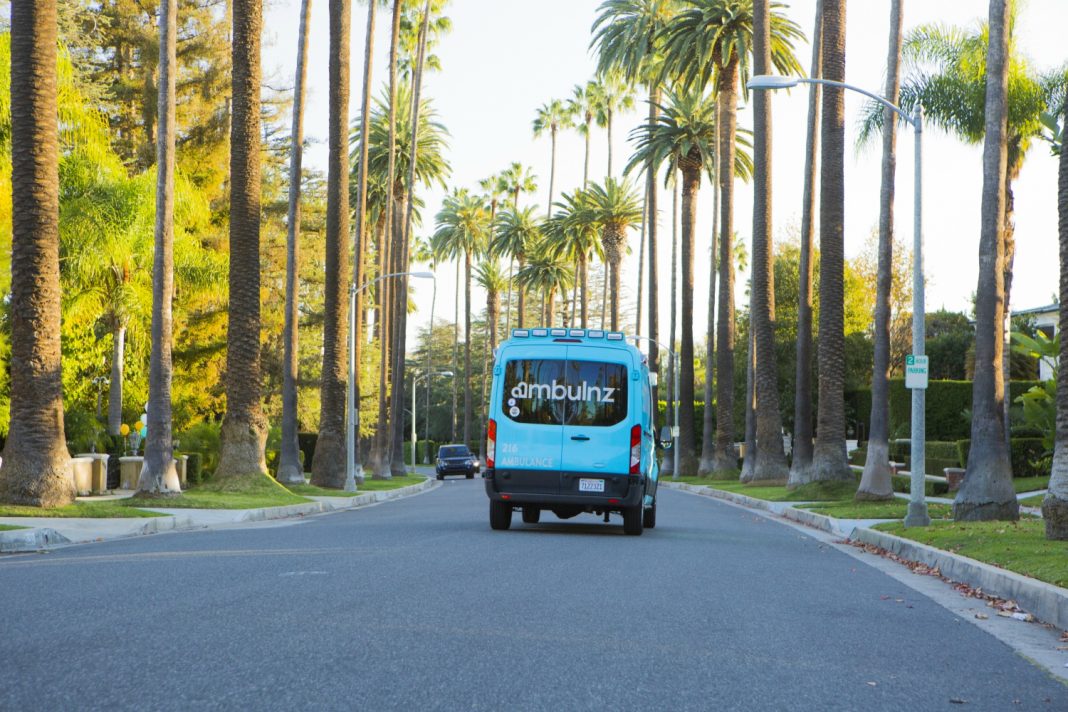 They began popping up in L.A. three years ago—cheery blue rigs marked Ambulnz. “What the hell is Ambulanz [sic]?” asked a Reddit commenter in New York two years later as the company expanded its reach eastward, echoing the general confusion about the oddly shaped vehicles. “My partner said they’re like an Uber, but with EMTs.”

In fact, Ambulnz was founded by Stan Vashovsky, a Russian immigrant and entrepreneur who calls himself “The Accidental Paramedic” since he was roped into trying the profession 20 years ago. After launching a couple of successful health-related start-ups, Vashovsky started Ambulnz in 2016 to revolutionize patient transportation. While the idea of a tech company with sleek branding “disrupting” something associated with life-threatening emergencies might arouse a fair bit of skepticism, the company insists that its software helps participating hospitals as well as their patients. (Ambulnz would not disclose which hospital systems are using its service but estimates that it has 82 rigs on the road in L.A.)

The major difference between Uber and Ambulnz is that consumers wouldn’t summon an Ambulnz themselves—that’s up to the health professionals, who would use Ambulnz’s digital system instead of making a phone call. That also means that Ambulnz doesn’t compete with 911.

Other than the difference in users, Ambulnz’s premise isn’t too different from Uber’s. The two companies even announced a partnership in February.

When a nurse calls an Ambulnz for a patient, an algorithm determines which rig is closest and shows the user the vehicle’s path on a map as well as keeping the user up to date with notifications. While nothing can be done about traffic while the ride is in progress, Ambulnz aims, at the least, to cut the time the ambulance spends driving to the initial pickup location by tapping available rigs in the vicinity. The system also analyzes which
vehicle has the correct equipment and proper number of EMTs.

“The most common thing is you take somebody who does not need a BLS ambulance and you jam them into a BLS ambulance,” says Anthony Capone, Ambulnz’s CTO. BLS means “basic life support,” which isn’t always needed.

That’s where Uber comes in. Ambulnz offers levels of service ranging from a wheelchair transport (a van that holds several wheelchairs) to a CCT (critical care transport) ambulance. But patients who don’t need such advanced service would be transported in a cheaper, nonmedical sedan. The Uber-Ambulnz mash-up means nurses can select an Uber or UberAssist (which is just like an Uber, but the driver has received training to help the patient in and out of the vehicle) in addition to Ambulnz’s other offerings, depending on a patient’s needs. Billing is processed through the Ambulnz app like an ambulance ride would be. Capone says the cost is either covered by a patient’s insurance. If it isn’t, the charge is communicated up front to the patient or their family.

“We have real problems with the American health care system,” Capone says. “But pairing the right level of service is something that is solvable. It just comes down to actually having all the options available and being intelligent about how those are selected.”

RELATED: Is Urgent Care Safe? Depends on Where You Go

Is Urgent Care Safe? Depends on Where You Go