Home Crime All Points Bulletin! The 10 Most Iconic Cop Shows Set on the... 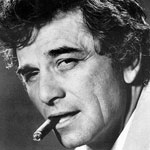 Complete with moral ambiguity, twisted storylines, and shady characters, Los Angeles is the capital of crime—at least on television. And no one is better equipped to face it than the army of onscreen law enforcement officers. “Down these mean streets a man must go who is not himself mean, who is neither tarnished nor afraid,” Raymond Chandler, the patron saint of pulp noir, once wrote. He was describing an archetypal detective, but the characterization is just as accurate for police officers. Often imperfect but always intriguing, cops are the literary and cinematic heroes who face down evil for our entertainment. From the morally unambiguous Dragnet to the stylized realism of Southland, here ten iconic L.A. cop shows worth a medal:

One of the first shows to address the counterculture movement of the late 1960s and early ’70s, it features three young hippies (“one black, one white, one blond”) who work as undercover agents. The campy series—in which they infiltrated a high school to solve a murder and an underground newspaper to find a bomber—provided thrills, laughs, crazy hairdos, and a hefty dose of establishment paranoia.

Comedy and melodrama made a good match in this buddy-cop series about handsome, motorcycle-riding highway patrol officers. Along with the chemistry between freewheeling Ponch (Erik Estrada) and straight-laced Jon (Larry Wilcox) the recognizable L.A. locations—including the I-210 and I-710 (CA-7) freeways—made CHiPs memorable.

Although believability was a persistent problem, the series about three comely crime fighters relied on goofy action, fast cars, and Farrah Fawcett’s famously feathered bangs to keep viewers glued to the screen. The introduction also features a shot of the gates of the real LAPD Academy in Elysian Park.

Noted for its realism, this Edgar Award-winning anthologized show was ahead of its time. Following officers from various LAPD departments, it stepped outside of the job and explored the characters’ real life problems (failing marriages, drinking problems) while acknowledging negative attitudes towards law enforcement. It also features a jazzy score by composer Jerry Goldsmith (The Omen, Chinatown). A precursor to Law & Order, Police Story generated several spinoffs including Joe Forrester.

The most famous Police Story spinoff, Police Woman was also the first successful television series to feature a woman in a leading role. It follows Sgt. “Pepper Anderson” (Angie Dickinson) as an undercover cop in the Criminal Conspiracy Unit of the LAPD. Police Woman paved the way for shows like Charlie’s Angels and Alias.

With its visceral shooting style, Southland was one of the most realistic police procedurals in recent memory. In addition to storylines about homicide investigations and court cases, the show delved into the psychological and physical toll of the job. In this clip, officer Steele (Derek Ray) rants to officer Cooper (Michael Cudlitz) about why men and women in uniform risk their lives for the job. After a splashy debut on NBC, the show moved to TNT where it earned a cult following and critical praise but was recently cancelled, presumably due to low ratings.

Perhaps no other show so thoroughly explored the thin blue line between good and evil. Starring Michael Chiklis as the squad leader of an experimental anti-gang division in the LAPD, it features corrupt cops trying to keep the city intact—while advancing their own interests. The squad uses whatever means possible: coercion, planting evidence, and performing robberies. The show also tackled larger themes like ethics, the societal consequences of drug dealing, and citizens’ distrust of the police force.

Peter Falk’s bumbling LAPD lieutenant possesses Sherlock Holmes-esque powers of detection, wears a dusty overcoat, and smokes an ever-present cigar. An inventive twist on the genre, the series revealed each episode’s culprit and kept the audience wondering how Columbo would solve the case.

“Ladies and gentlemen: the story you are about to hear is true. Only the names have been changed to protect the innocent.” Anchored by a staccato voiceover, Walter Schumann’s timeless score, and Jack Webb’s deadpan depiction of Sgt. Joe Friday, the drama delved into the boredom, danger, and heroic aspects of police work. Dragnet not only set the standard for police procedurals but also coined catch phrases like “Just the facts, ma’am.” It’s probably the most influential police show of all time.

It was hardly the most sophisticated of police procedurals, but the pairing of mid-career William Shatner and young Heather Locklear—perhaps the most unlikely recruits to ever don an LAPD uniform—provided plenty of campy fun.