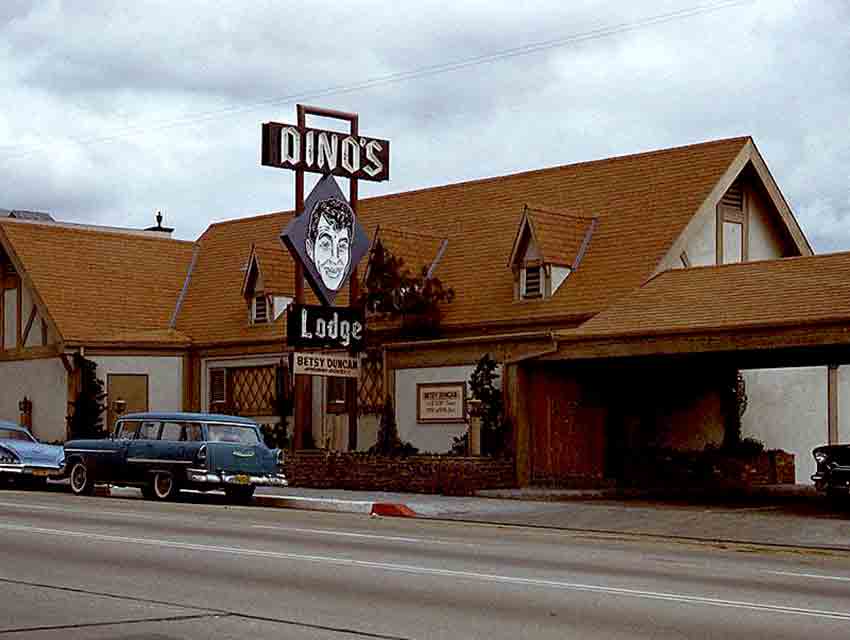 I was recently asked what I would grab in an earthquake, and it took me mere seconds to reply: my vintage candle from Dino’s Lodge. In the late ’50s and ’60s, candles just like it sat on every table in the long-gone restaurant. I’ve seen several menus and matchbooks that feature the same illustration of Dean Martin—the showbiz legend owned Dino’s Lodge—but never another candle. The restaurant’s Sunset Boulevard driveway was featured in the 1950s show 77 Sunset Strip, so I feel the need to snap twice when admiring the souvenir.

I paid less than $20 for it when the candle popped up on eBay a few years ago. Now that the restaurant’s old structure has been demolished, it would likely list for upwards of $500, but I’m not looking to make a profit. I bought the candle from a woman in Australia whose father had brought it home from Hollywood during Dino’s heyday. I’m glad it’s back in Los Angeles where it belongs. When the earth’s not shaking, I keep the candle next to other rare Dino’s Lodge treasures that I’ve collected over the years, including an original menu, two ashtrays, two sugar cubes, two plates, and a Zippo lighter. Ain’t that a kick in the head?