Home Politics What Do Recent Abortion Bans Mean for California? 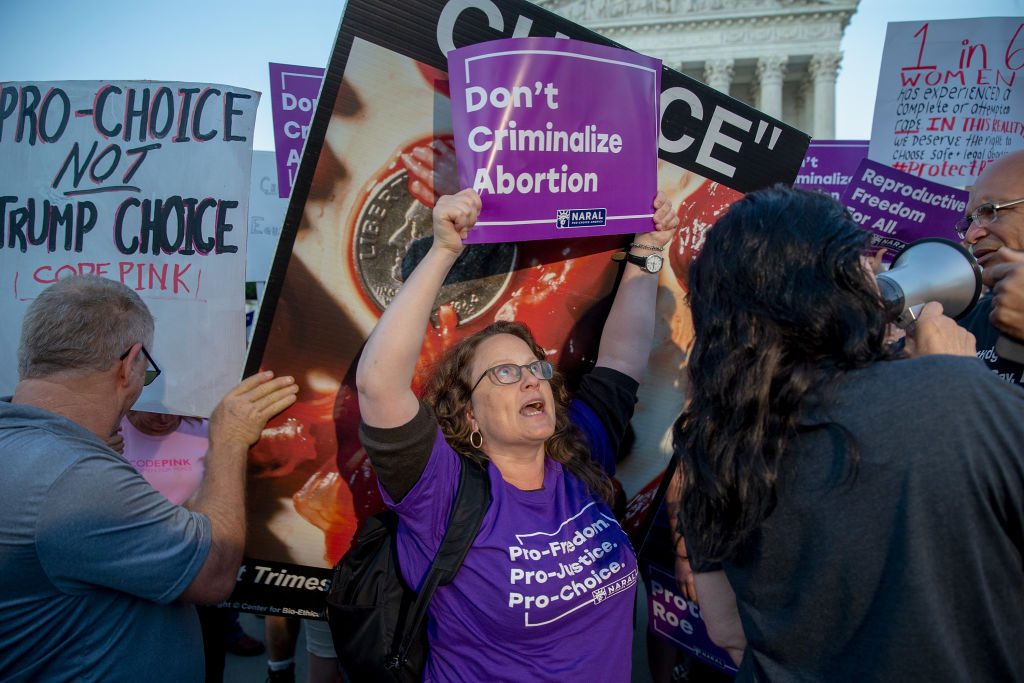 There’s been a lot of conversation about restrictions on reproductive rights across the country. Here’s what you need to know.

In recent weeks, the states have dug in their heels on some of the harshest anti-choice laws seen in the United States in generations. This week, the Alabama legislature passed a ban that lacked exemptions for even rape or incest; one state senator who opposed the ban noted that it could send an abortion provider to prison for longer than a rapist. The law signed by Georgia governor Brian Kemp earlier this month–the so-called “heartbeat bill”–which outlawed most abortions after six weeks. Late on Wednesday night, Missouri state legislators passed a similar bill which bans abortions after eight weeks.

Much of the national conversation around the laws has focused on the idea that they are written to be high-stakes legal “dares,” which legislators fully expect to be challenged in court. Their long game may be to fight things out in a Supreme Court, which is currently controlled by conservative justices. That could, in theory, result in a chipping-away at the precedent set by Roe v. Wade.

Most abortions are currently allowed in California, though the procedure is restricted after “viability,” the point when a doctor concludes the fetus could survive after delivery. California ranks among the few states were only 5 percent of women live in a county with no abortion providers. In Missouri, that number is 94 percent.

More women who have the means to do so are expected to travel to “protected” states like California to receive abortions. Though, in addition to the costs that may create a barrier, there could potentially be legal consequences. Mark Joseph Stern, writing for Slate, has posited that a woman who travels to receive the procedure, along with anyone who assists her in doing so, might be hit with conspiracy charges at home in Georgia once that state’s new law goes into effect in 2020.

Local leaders are voicing serious concerns about these laws

Senator and 2020 presidential candidate Kamala Harris has come out strongly in opposition to the wave of abortion bans, likening them to The Handmaid’s Tale and activating her fundraising infrastructure to raise $160,000 for pro-choice causes in recent days. That money will be distributed to the National Network of Abortion Funds, Access Reproductive Care – Southeast, the Yellowhammer Fund, and the Clinic Vest Project.

Governor Gavin Newsom has taken to Twitter, with a string of impassioned posts on the topic. “The same party that refuses to regulate assault weapons will champion the regulation of women’s bodies to take away reproductive freedom. Be outraged,” one reads. “Make no mistake, this is about power. About control. It’s a direct attack on women’s rights, and it’s decades in the making,” says another.

In a powerful and much-shared Tweet, filmmaker Ava DuVernay writes of the Alabama ban, “Don’t move forward after reading this like everything is normal. Don’t shake your head at Alabama and then keep going about your day. Realize that this is a warning. It’s Alabama and abortion today. It’s you and your rights tomorrow. Your silence will not save you. So speak up.”

RELATED: Here’s How Hollywood Money Is Stacking Up for the 2020 Candidates